Volkswagen's WeShare will be one of the largest car-sharing companies in Europe.

Volkswagen announced a bold expansion of its WeShare "free-floating" car-sharing system this year, which will soon operate in eight cities with a total fleet of 8,400 all-electric cars (from 1,500 currently).

Besides Berlin, where We Share was launched in mid-2019, the service is coming to:

* In Prague and Budapest, WeShare will cooperate with ŠKODA. Other cities to use Volkswagen’s e-Golf and e-up! as well as the ID.3. 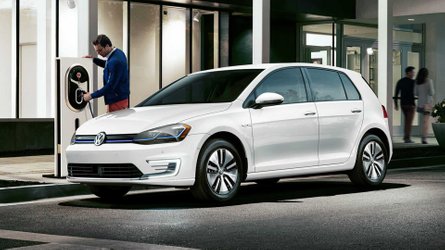 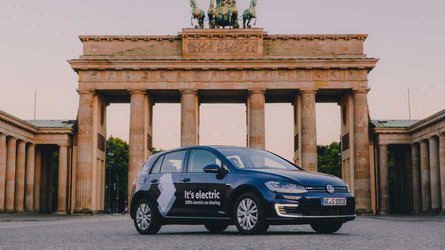 Taking into consideration 2,000 BEVs in Berlin, and 1,000 in Hamburg, the remaining 5,400 for six cities translates into an average fleet size of 900 cars.

"“For us, 2020 will be a year of dramatic growth,” says Philipp Reth, Chief Executive Officer (CEO) of WeShare. “We are convinced that all-electric free-floating car sharing will be a significant, scalable transitional element in the field of sustainable, shared mobility for a considerable time on the way to automated transport systems,” Reth adds. In his opinion, the objective must be to make a breakthrough with the wider public together with the cities. “We therefore hope that will receive support from the cities for example in the area of parking charges for car sharing vehicles or the designation of new car sharing areas in public spaces with a view to providing incentives for potential users and making car sharing even more interesting and relevant,” says Reth."

The main issue is not a sufficient charging infrastructure.

"In Berlin, where WeShare was launched in June 2019, about 50,000 customers are now registered for the service. About three-quarters of these registered customers are active users, i.e. they have used the WeShare service at least once. “In comparison with the sector as a whole, this figure is very high and shows that WeShare is highly relevant for people’s urban mobility,” CEO Philipp Reth comments. Over the past six months, the WeShare fleet in Berlin has completed more than three million kilometers, which corresponds to an average of four to five trips per car and day.

One of the major challenges faced by WeShare in Berlin is battery charging. To compensate for the inadequate availability of public charging infrastructure, Volkswagen AG and WeShare have therefore started cooperation with the Schwarz Group. Schwarz is currently installing a total of 140 public charging stations at 60 Lidl and 10 Kaufland locations in Berlin. As a cooperation partner, WeShare can use the charging stations for its car sharing fleet on an exclusive basis outside the opening hours of the stores. During opening hours in the daytime, the charging stations are available to all customers of Lidl and Kaufland. In addition to the Schwarz Group, WeShare plans to establish further partnerships with a view to expanding the available infrastructure."