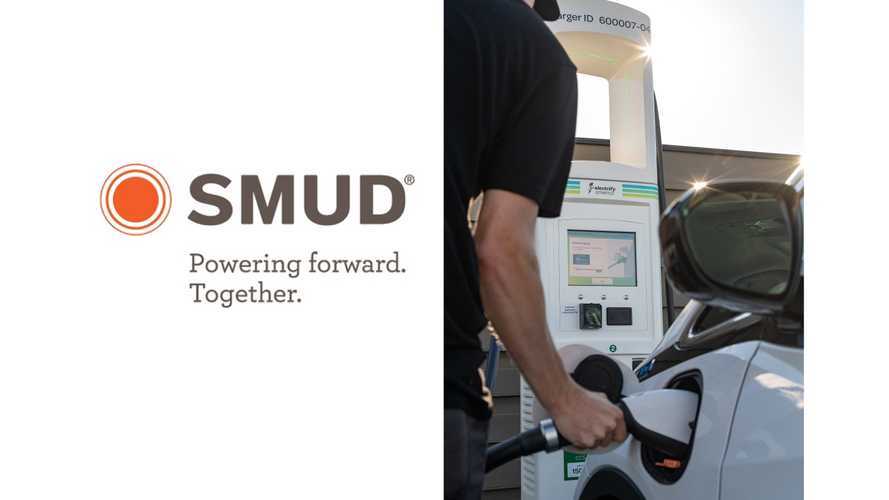 Electrify America To Install Chargers At Bank Of America Locations

“This first-of-a-kind program will help address peak energy demands, minimize impacts to the grid and support the expansion of EV charging in our community,” said SMUD CEO and General Manager Arlen Orchard. “A program like this also continues to move us toward a carbon free economy by enabling higher levels of renewable generation to be integrated with the grid.”

o   Envoy – Round Trip Car Sharing: Electrify America also invested in a program with Envoy Technologies, a community-based EV car-share service based at residential buildings as an amenity. Vehicles can be reserved, picked up and returned to the same location.

o   Electric Bus Service – Causeway Connection: Electrify America’s investment enhances bus service between Sacramento and the City of Davis with 12 new electric buses that will run from the main campus to the UC Davis Health campus in Sacramento. The shuttle will be co-run by Sacramento Regional Transit (SacRT) and the Yolo County Transportation District.

One of the biggest hurdles in deploying high-speed EV charging stations is the extreme cost of utility demand charges. These are monthly fees associated with the highest power demand the site has at any given point of that month. Let's say Electrify America has an eight-station site and eight Porsche Taycans pull in at once to charge.

The Taycan can accept 270 kW, so if they all were plugged in at the same time the total energy draw for the location could be as high as 2,160 kW. Demand fees vary from utility to utility but can be as high as $15 per kW or even higher. A $15/kW demand charge means Electrify America has to pay $32,400 that month in demand charges just for that site, in addition to the cost of electricity and other fees.

A Porsche Taycan charging on an Electrify America station. Because the Taycan can charge at such a high rate, it causes the station operator to have to pay more demand charges than EVs that charge at lower rates do.

Using the Taycan is an extreme case because it can draw more than any other EV, but demand fees for current high-volume DC fast-charge sites can easily exceed $10,000 per month. By participating in this program SMUD will reduce the Demand charges that Electrify America has to pay in their service area. From the Press release:

Through SMUD’s innovative Energy StorageShares program, Electrify America will purchase an interest in an energy storage program with the utility company. This will help reduce Electrify America’s demand charges and increase the overall grid benefit of its energy storage. Demand charges are presently the largest operating cost barrier to public EV infrastructure deployment, representing up to 80 percent of a given electricity bill.

The program incentivizes the placement of energy storage in grid-stressed locations in Sacramento while providing Electrify America with potential reductions in demand charges for its SMUD service territory-located sites. SMUD plans to site the utility battery in a location where significant load growth is expected over the next five years.

“The Energy StorageShares program developed by SMUD offers an innovative approach to invest in the electrical grid here in Sacramento and lowering our costs in lieu of installing individual battery storage systems at each of our 12 electric vehicle charging stations powered by SMUD,” said Robert Barrosa, director of utility strategy and operations at Electrify America. “This is a win-win opportunity benefiting all parties involved and a great example of how utilities and the private market can work together to further the deployment of EV infrastructure. Plus, this further supports our Green City investment in the Sac-to-Zero program of an EV infrastructure, zero-emissions car sharing, electric buses and shuttles.”

One way to alleviate or even eliminate demand charges is to install on-site energy storage systems. This allows the site to gradually charge the on-site batteries at a steady lower rate while charging the vehicles directly from the on-site batteries. The problem is these on-site energy storage systems are still extremely expensive to install, and EV charging infrastructure companies simply elect to pay the demand charges until the cost of the systems reduces to the point where it becomes economically feasible.

Electrify America is already working on an energy storage pilot program for 100 of their sites. Those systems will consist of Tesla Powerpacks. We believe on-site energy storage is definitely the future for high-speed public EV charging, but until the cost comes down quite a bit, partnerships like the Electrify America & SMUD one announced today make a lot of sense.