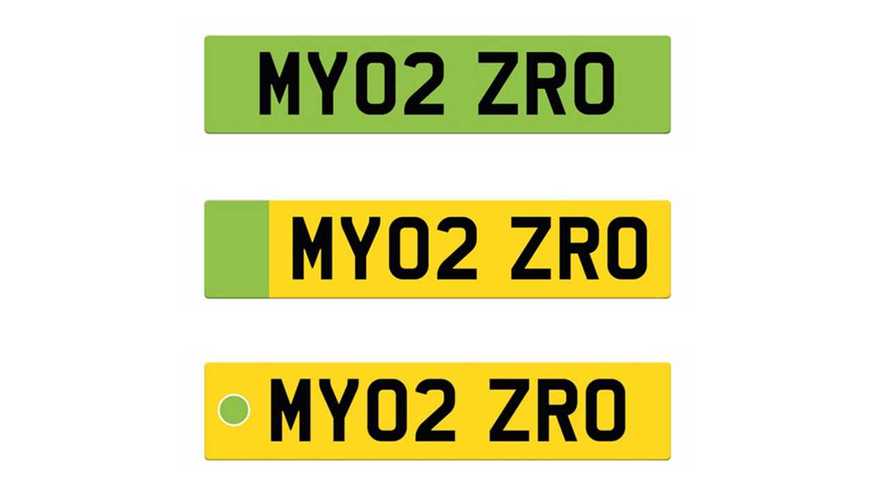 Electric cars could get even more green...

The government has launched a consultation on the prospective introduction of green number plates for electric vehicles.

According to the Department for Transport (DfT), the green plates would “celebrate and encourage uptake of electric vehicles (EVs)”. The idea was first mooted in the autumn of last year, but the government has only now seen fit to launch a consultation, gathering views from the car industry and the general public.

As well as increasing the awareness and conspicuousness of EVs, the DfT says the green plates would also work as ‘identifiers’. These could then be used to allow EVs to use incentive schemes, such as bus lanes or cheap parking tariffs.

“The UK is in the driving seat of global efforts to tackle vehicle emissions and climate change and improve air quality, but we want to accelerate our progress,” said Transport Secretary Grant Shapps. “Green number plates are a really positive and exciting way to help everyone recognize the increasing number of electric vehicles on our roads. By increasing awareness of these vehicles and the benefits they bring to their drivers and our environment, we will turbo-charge the zero-emission revolution.”

However, the RAC was more skeptical of the scheme, questioning whether the plates will cause friction between drivers.

“While the sentiment seems right, there are question marks as to whether drivers would see this as a badge of honor or alternatively it could foster resentment among existing drivers of petrol and diesel vehicles,” said the RAC’s head of roads policy, Nicholas Lyes. “On the face of it, drivers we’ve questioned don’t seem too impressed – only a fifth think it’s a good idea and the majority said the number plates wouldn’t have the effect of making them any more likely to switch to an electric vehicle.

“Incentives may make a difference in the short term and could encourage some to switch, however many drivers remain cool on the idea even with this encouragement. Also, if these perks were to do their job and encourage people to switch, councils would have to quickly get rid of them again as they’d be losing parking revenue and no doubt be accused of allowing bus lanes to become clogged with electric vehicles.

“Given their relatively high upfront costs, only those drivers that could afford to make the switch to an electric vehicle would benefit – leaving the vast majority who still rely on petrol and diesel cars losing out. We continue to believe that the best way of encouraging drivers to ‘go electric’ is for the government to be providing the right financial incentives at the point of purchase, and investing in better charging infrastructure.”