Let's take a look at the wireless charging of electric buses in Wenatchee, Washington

Usually, electric vehicles - including buses, are charged conductively through a plug, but some are equipped with wireless charging systems.

"Filmed on location in Wenatchee, Washington earlier this year, it is the tale of a transit agency’s love affair with their BYD electric buses (made in Lancaster, California, USA) and the wireless charging technology that made it all possible." 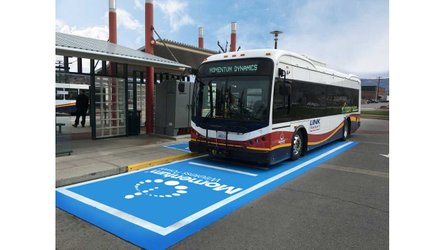 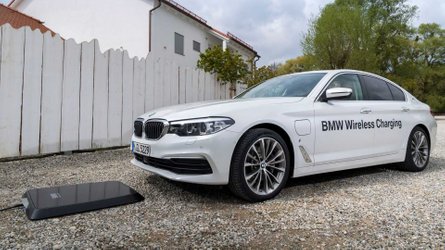 A previous BYD-Momentum Dynamics joint project was a 50 kW charger in Howard County, Maryland and later on they deployed a few more 200 kW systems (Chattanooga, TN and Martha's Vineyard island in Massachusetts).

It's hard to say whether the convenient wireless charging systems will become more popular in the future, as so far the transit agencies around the world prefer plug-in systems, probably mainly because of differences in cost and lower charging losses.

The wireless charging is explored by BMW, which is launching 200-strong BMW 530e fleet in California, but there is no regular option for purchase.

The Evatran Plugless wireless charging - introduced several years ago - reached a milestone of 1 million hours of charging in 2014-2017. However, as we didn't hear much from the company since then, we guess that the demand was not high enough. Plugless was available for: 1st generation Nissan LEAF, 1st generation Chevrolet Volt, BMW i3 and Tesla Model S.