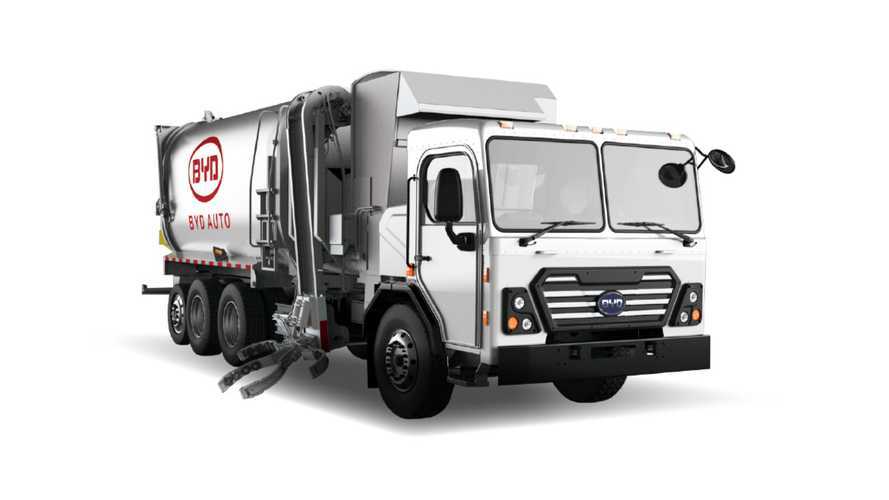 Rio de Janeiro, Brazil introduced in September a new fleet of all-electric waste trucks, which surprisingly turns out to be the largest outside of China.

In total, nine BYD T8 - with up to 200 km (124 miles) of range (an equivalent of an 8-hour shift according to the manufacturer) and 15 cubic meters storage capacity - entered service at Rio de Janeiro's Municipal Urban Cleaning Company – Comlurb.

The first nine trucks are just the beginning, as by the end of 2020 the fleet will be expanded to 20 EVs with two deliveries scheduled for five and six more trucks.

For comparison, some cities in the U.S. (and those are usually the leaders) are barely exploring the electrification of refuse trucks, having sometimes one or two.

"The trucks will be used for waste collection in one of Brazil's largest metropolitan areas."

"With a storage capacity of 15 cubic meters, the trucks were previously tested and approved for urban waste collection. Their low noise levels make the trucks ideal for night routes in residential areas, while their zero emissions capability creates a healthier living environment for the city's residents and better working conditions for the garbage collectors who will no longer inhale toxic fumes released by a traditional diesel truck.

Unlike its competitors, BYD's T8 electric trucks are equipped with regenerative brakes that generate power for the battery when travelling downhill.
In addition, the battery is capable of powering an e-truck for up to 200 kilometers on a single charge, a range that is approximately equivalent to eight hours of operation under normal traffic conditions. The operational cost of an electric truck is only about a quarter of that of a diesel truck."