But why take so long to go from Slovenia to Amsterdam?

Europe is full of tiny countries that are not bigger than some big cities in the US, for example. Yet, to the unaware, it is always impressive to hear you have crossed 10 countries in 24 hours. Especially if you do not know you could go from the same points A to B in about 10 hours with a regular car. Or in 12 hours and a half in an Audi E-Tron, according to “A Better Routeplanner”. This sums up the stunt Audi has registered in the video above. With many relevant journalists.

The German automaker proposed to use its electric SUV to head from the Lake Bled, in Slovenia, up to Amsterdam, in the Netherlands. A route that takes around 1,200 km (750 mi) to complete, going through four countries (Slovenia, Austria, Germany, and the Netherlands). 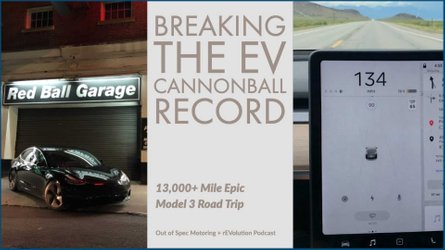 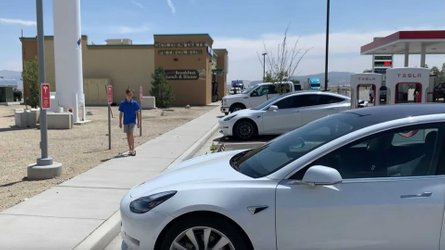 Instead, Audi created a longer route, going through six more countries (Italy, France, Luxembourg, Liechtenstein, Switzerland, and Belgium). And doubling the time needed to do the exact same route. Why? Because marketing.

Vicky Parrott, which once was part of the Motor1 family in the UK edition, recently pointed out two major disadvantages the E-Tron presents against its competitors: price and range. Yet, she appears in this video only praising the Audi model. Did she agree to play this role in this video? Has she made any criticism that was discarded on video edition?

As they only used E-Tron units with virtual wing mirrors (for more range), it must have been on this trip she found these devices to be distracting. Despite her team shooting a video along the way, we did not find it at DrivingElectric’s channel.

Like her, we see Mate Büttner, from Auto Bild, and Magnus Kvandall, from Auto Motor und Sport, but they talk more about electric cars in general than specifically about the E-Tron. Büttner even manages to say the Audi has a “reasonable range”, the closest thing to a criticism we get from this institutional video.

It would be interesting if Audi informed how long this trip was. Naming the small countries visited on the way does not clarify that. The company would also be more convincing if it said how many stops for charging where necessary.

With the help of “A Better Routeplanner”, we have managed to discover the shorter route available would require drivers to stop five times, after around 200 km (125 mi) in each leg.

The longer route Audi has chosen seems to go to Basel, in Switzerland, and then to Amsterdam. The site tells us it is a total of 1,523 km (946 mi), 16 hours and 18 minutes, with 7 charging stops. Enough for all journalists to get some sleep along 24 hours.

Was it a no-stop 24-hour journey? Data available implies it wasn’t. Was it necessary to cross ten countries? Only if you had to buy Swiss chocolate or a fancy watch in Basel.

Did it prove the E-Tron is a very capable electric car? Jason Fenske did a 2,000-mile road trip divided into 320 km (200 mi) legs with his Tesla Model 3 Performance.

Some stunts manage to be entertaining and elucidating at the same time. This one just seems to be pointless. It was neither an endurance test nor efficiency evidence. With a 95 kWh battery pack, the E-Tron should have made much fewer stops.

What did you think Audi gained with it besides giving the impression it underestimates the viewers' geography knowledge? Did it change your perception of the SUV in any way? Would you consider buying one after seeing how far it can go and, more than that, how much it costs? Please share with us your comments about these questions below.