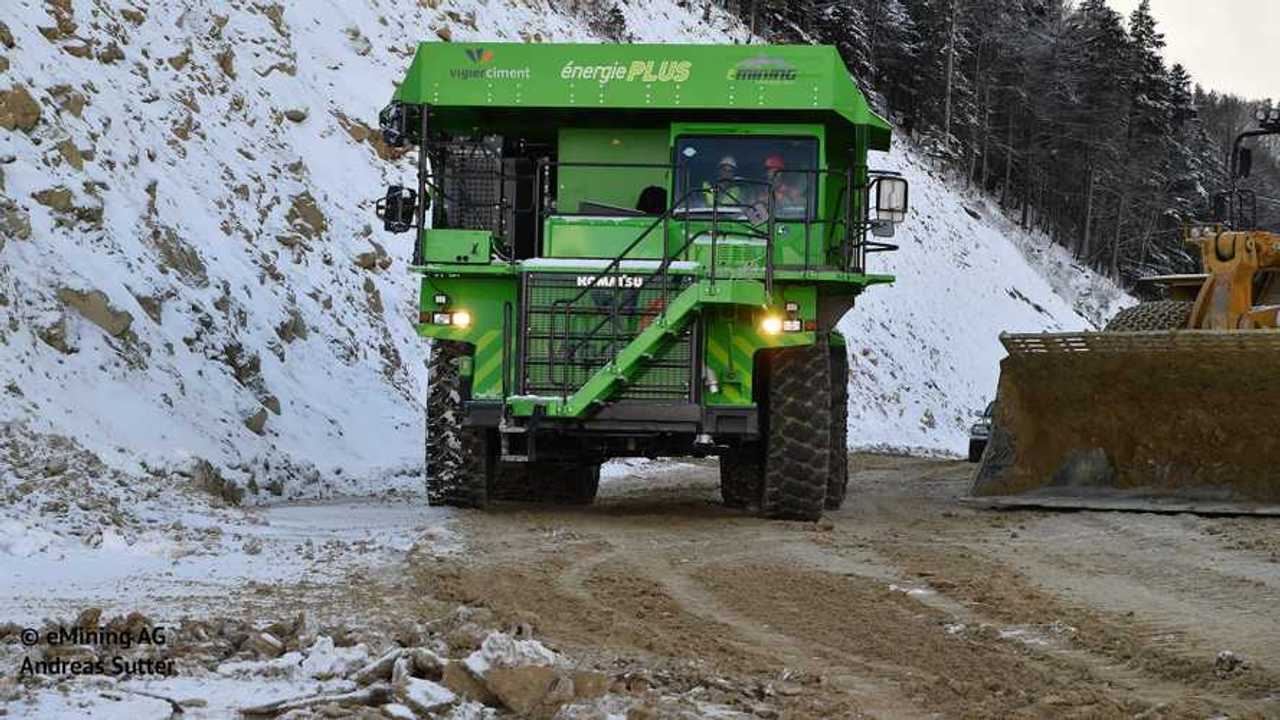 And there are more surprises from the largest EV in the world. Check them out!

When we first told you about the eDumper – the biggest EV in the world – we pointed out some discrepancies between what Kuhn Schweitz reported and what was in a CNN article. The former said the huge electric mining truck had a 5-ton battery pack with 700 kWh. The latter claimed it had a 4.5-ton, 600-kWh pack. We’ve contacted Kuhn Schweitz and eMining – the company created to produce the eDumper – and discovered no one got the weight right, according to Gernot Beutle, sales manager at eMining.

“The CNN information is partially correct. The battery size is 700 kWh, not 600kWh,” he told InsideEVs. “The battery pack weighs roughly 8 tons.” Yes, you read that right... 8 tons!

Being in direct contact with the source, we have managed to get a few more questions answered, such as the time such a huge battery pack demands for a full recharge.

Currently, there is no need for a stronger charging station, but that would be possible. “The recharging process is manual. Depending on the client’s demands, for the NMC chemistry we are using, it could reach 850 kW.”

At this point, we had to ask about the most polemical info on the eDumper: its alleged capacity of producing more energy than it consumes. “Energy balance depends on the road topology at the quarry. If the eDumper has to transport materials uphill, it needs more energy than it produces, but it is quite an efficient concept,” said the sales manager.

We insisted on the question. After all, can the eDumper really generate more energy than it spends if it goes up unloaded and comes back with cargo? “Yes, this is possible,” said Beutle. You can recover that extra energy at the charging station. “It works bidirectionally, meaning it can be used for recharging but also to deliver energy to the grid.”

Mining companies are probably interested in the concept. But how much does it cost? And is it worth it? “We don’t publish prices in the press, but it pays off if transportation is mainly downhill, if diesel prices are high, if environmental legislation demands it and/or if the client uses the equipment extensively. In three shifts, for example.”

Anyone with a mining truck can ask for the EV conversion. You just have to be patient, since the conversion job takes 12 months to be completed. Another option is to buy a ready to work eDumper.