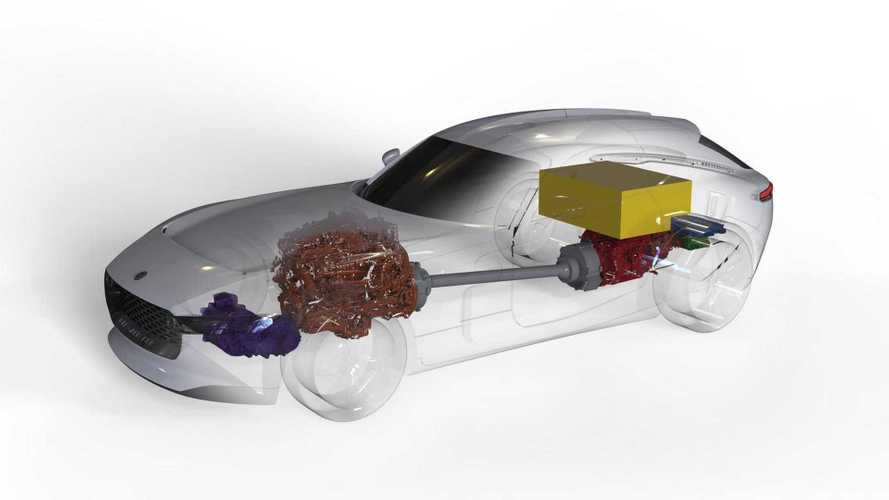 Shooting brake can run up to 155 miles just on its batteries juice.

Electric mobility is allowing lots of defunct brands to raise from the dead. Take Hispano Suiza, but it is not the best example. The company is currently going through a fight for its brand that threatens to kill it again. Let’s get another one, then. Austro Daimler will do. And it has proposed to resurrect with a plug in hybrid shooting brake: the Bergmeister ADR 630 Shooting Grand.

The styling reminds us of a cross between another Daimler – the Mercedes-AMG GT – and the Honda e. Probably not by coincidence. The Bergmeister seems to be a vehicle created over the AMG GT platform. Both cars are 178.7 inches (4.54 meters) long and have a similar wheelbase – 103.9 in (2.64 m) for the Austro Daimler and 103.5 in (2.63 m) for the Mercedes-AMG.

The smaller engine – certainly supplied by Mercedes-Benz – was very likely adopted for the sake of lowering mass. Three high-performance electric motors more than compensate for the two missing cylinders.

Two of these motors are on the front axle and they make the Bergmeister be an AWD vehicle. The other one seems to be coupled to the gearbox, placed behind the front seats. We have contacted Austro Daimler in order to confirm that.

Regarding the electric motors, they rely on a 55 kWh battery pack at the rear. Centrally mounted, like the one on the Lotus Evija. In fact, everything in the new Austro Daimler is placed between the axles. Another likely inheritance from the AMG GT.