The image resolution is low, but it shows enough to remain optimistic about the production launch within a few months.

Over the past several months we've grown accustomed to seeing video reports from the Tesla Gigafactory 3 construction zone in Shanghai, China without much insight on what's going on inside. By the way of the latest Q2 financial report, Tesla revealed images with several shots of machinery installed in part of the facility.

As you can see, there is a surprisingly high number of robot nests already installed, including a big stamping machine.

Tesla intends to start production of "a simplified, more cost-effective version of" Model 3 in China within 5 months, using "the second generation of the Model 3 production process". At some point in the future, production will be 150,000 Model 3 annually.

"Gigafactory Shanghai continues to take shape, and in Q2 we started to move machinery into the facility for the first phase of production there. This will be a simplified, more cost-effective version of our Model 3 line with capacity of 150,000 units per year – the second generation of the Model 3 production process. Just like in the US, the Model 3 base price of RMB 328,000 is consistent with its gas-powered competitors, even before gas savings and incentives. Given Chinese customers bought well over a half million mid-sizedpremium sedans last year, this market poses a strong long-term opportunity for Tesla. We are looking forward to starting production in China by the end of this year. Depending on the timing of the Gigafactory Shanghai ramp, we continue to target production of over 500,000 vehicles globally in the 12-month period ending June 30, 2020. " 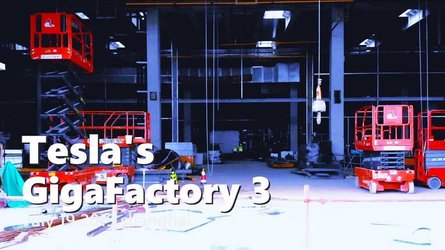 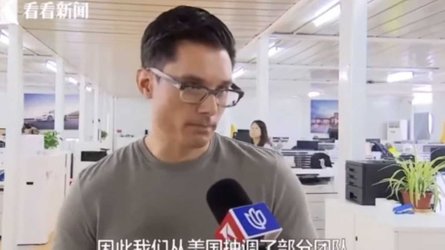 Here is also the latest quick look at the GF3 as of July 22:

Shanghai has entered the sky, high temperature, humidity, and sultry.

Fortunately, the external construction of the first phase of Tesla is nearing completion, and the main construction is currently being moved indoors.

At the Tesla site, we saw that the building near the north is already making the final exterior wall paving, which may be a more important production workshop;

Trucks carrying large air conditioners on the roads outside the construction site are arranged on both sides, and these large units are being installed on the roof.

The weather is very hot, the shooting has become less comfortable, and the photographic equipment used has also failed frequently. First of all, the drone's battery life is greatly reduced. The OSMO pocket starts to overheat protection from time to time. When shooting, there is also running focus. Everyone sees me. The appearance of the picture is empty, I am sorry!

This is a special edition of July. This day is halfway through, it is lunch time. Although I am not very hungry, I still squeeze into the crowd, sitting at the roadside restaurant and eating with the workers. In fact, my The main intention is to understand the situation, but the workers have been exhausted and hungry after a morning of work, no one wants to talk to me, or are not willing to say something in the construction site, although I did not get any information, but with these The great workers sat down for lunch, and I was extraordinarily happy. The meals were simple and I felt special.