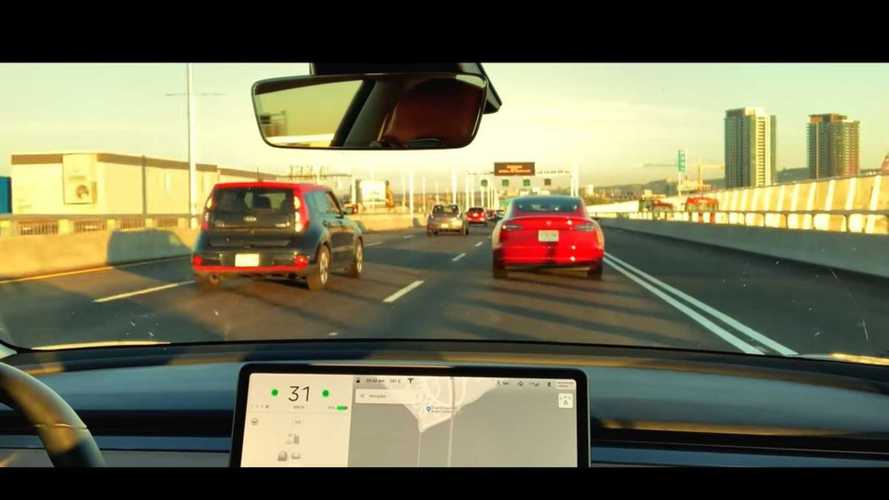 A sea of Teslas and other EVs draw plenty of attention

Over 500 electric cars enjoyed the honor of being the first to cross the Samuel de Champlain Bridge in Montreal, Canada which opened at 5:00 am on Monday, June 24th. This special bridge-crossing EV parade was organized by Club Tesla Quebec and AVEQ.

Above: Over 500 electric cars gather at the Samuel de Champlain Bridge in Montreal before 5:00 am on Monday, June 24th (Photo: Ian Pavelko / Twitter)

A large meetup of about 520 EV owners (and enthusiasts) gathered at the location before the opening and were the first ones to cross the bridge. X Auto author and Tesla Owners Online podcast co-host Ian Pavelko happened to be one of the most enthusiastic Tesla owners present at the event — be sure to check out his comprehensive video report which follows below.

Like Ian, most EV owners had to wake up around 2:00 am to reach the destination and take part in the electric vehicle convoy as part of the opening ceremony — establishing a historic milestone that the first cars to cross the Samuel de Champlain Bridge were 'electric', period.

The video above by Ian Pavelko also includes some great visuals from the bridge's construction phase of the project which occurred back in 2015. It turns out the Montreal Champlain Bridge was scheduled to open last December but massive projects like this getting delayed is nothing new.

In the photo below of the new Champlain Bridge, we can see there is a train track in the middle of the bridge, according to CBC reporter Isaac Olson, this track will be used for the Réseau express métropolitain (REM) electric train by 2021, a large rapid transit project underway for the Greater Montreal and Quebec Metropolitans.

Ian was able to take some great pics at the event including some shots of his Tesla Model 3 Performance (aka 'Magneto') featured in the photo gallery below.

Above: ~520 EVs gather at the Montreal Champlain Bridge for the opening parade (Photos: Ian Pavelko / Twitter)

The 2.1 mile-long bridge took four years to be constructed and it also happens to be longer than the Golden Gate Bridge which measures 1.7 miles long. After completion, this bridge will be the busiest in Canada carrying an estimated 159,000 vehicles per day. Furthermore, after the completion of the REM light rail project, the number of individuals using the rapid transit route is estimated to be 11 million annually.