Tesla Responds To The Drive's Concerns About Air Quality Compliance 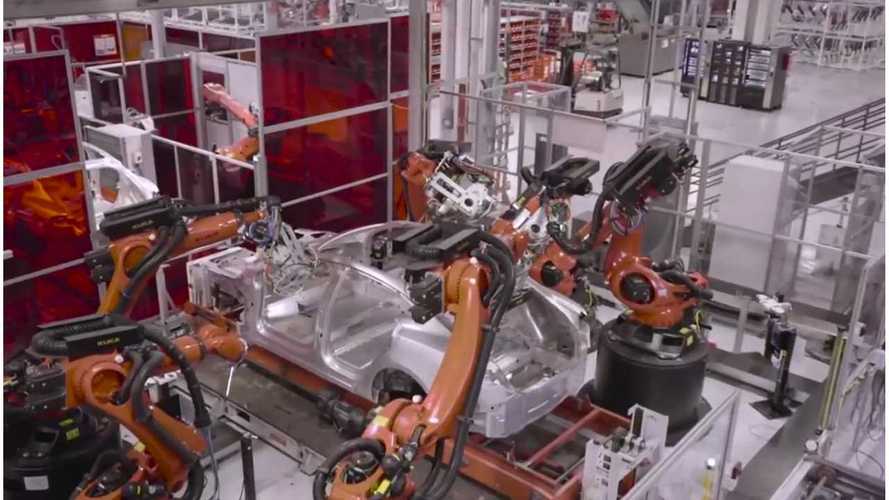 Tesla says It is proactive in self-reporting deviations and that emissions are "well below allowable levels."

According to a report in The Drive, Tesla's Fremont factory has seen an increase in issues with equipment and higher emissions since the launch of the Tesla Model 3. Over the past two years, the Bay Area Air Quality Management District (BAAQMD) has recorded an increase in the number of variations at the facility, especially in the paint shop.

But after InsideEVs looked into the same documents and additional history of the factory, we came away with several questions that were not addressed in the original piece. So we reached out to Tesla for a response.

The Drive says maintenance records for key systems were found to be inadequate. Major issues occurred due to a failure to properly test an E-Scrub system used for particulate matter in the paint shop. This apparently resulted in the plant being shut down in May of 2018 while a new filter house system was installed. The publication also states Tesla on several occasions installed and operated equipment before obtaining the proper permits required by the district.

So what is the reason for these and other deviations? The author of the piece, Edward Niedermeyer, speculates that the rapid ramp-up in Model 3 production meant the automaker may have cut corners or overlooked important procedures during the worst part of the company's "production hell."

Unfortunately, key details are glossed over or not provided in the story.

As the name implies, the primary goals of BAAQMD are to reduce air pollution, maintain air quality, reduce emissions and make sure that the Bay Area is complying with federal, state, and local laws.

According to a report referred to by The Drive on the effectiveness of the BAAQMD, the regulatory agency is often very slow to approve permit applications and even slower to hand out fines for deviations or violations. When the agency does fine, it is usually a pittance compared to the lost revenue had a company waited on final approval. As a result, many companies make the calculated decision to make changes or resolve problems immediately and get approval after the fact. Niedermeyer's piece even suggests that this practice is not uncommon.

A Tesla spokesperson told InsideEVs "Contrary to what has been reported, none of these deviations – which we proactively self-reported out of transparency and as part of our ongoing dialogue with BAAQMD to update our air permit – have resulted in any adverse community or environmental impacts." In addition, Tesla says that the Fremont factory's emissions are well below allowable levels.

The fact that these deviations were self-reported is not mentioned in the original report and would not be apparent to any reader unfamiliar with obtaining a Title V permit. Before Tesla took over the Fremont plant from New United Motor Manufacturing, Inc. (NUMMI), the previous owners certainly had their run ins and occasional fines with the agency. But joint NUMMI partners General Motors and Toyota were proactive in avoiding potential issues and notifying the agency when compliance failures were identified. In the 2000s, NUMMI began to work more closely with Bay Area Air District to ensure that they remained compliant.

Tesla has similarly begun to work more closely with the Air District in the past year to update their permit and ensure compliance. As of this reporting, the agency has not reached a final determination of compliance. The self-reported deviations are part of this on going process with the agency.

Tesla says they have also taken a number of steps to improve their internal operations. "Over the past year, we implemented new compliance management software and hired a third-party auditor, additional air compliance staff, as well as a 25-year veteran of BAAQMD, and we are working closely with the agency to ensure we are in full compliance."

The Drive concludes their report by declaring "In its haste to conquer the industry and justify its industry-dwarfing market valuation, Tesla seems to have lost one of its most important assets: its environmental leadership."

Tesla says that the reality is that they are working to improve its environmental programs and update their air permit with the Bay Area Air Quality Management District. By the time it is complete, the factory should have improved efficiency, reduced its environmental impact and will remain compliant with local, state and federal laws.

The full statement by Tesla is provided below:

Contrary to what has been reported, none of these deviations – which we proactively self-reported out of transparency and as part of our ongoing dialogue with BAAQMD to update our air permit – have resulted in any adverse community or environmental impacts. Further, the agency has yet to make a final determination on the notices. Importantly, we have not exceeded the Fremont factory’s total allowable emissions, and have in fact been well below allowable levels. Over the past year, we implemented new compliance management software and hired a third-party auditor, additional air compliance staff, as well as a 25-year veteran of BAAQMD, and we are working closely with the agency to ensure we are in full compliance. Tesla has made great strides in its environmental program and its ongoing compliance under Laurie Shelby, our VP of Environmental, Health & Safety, and we are continuing our efforts to improve it even further.”