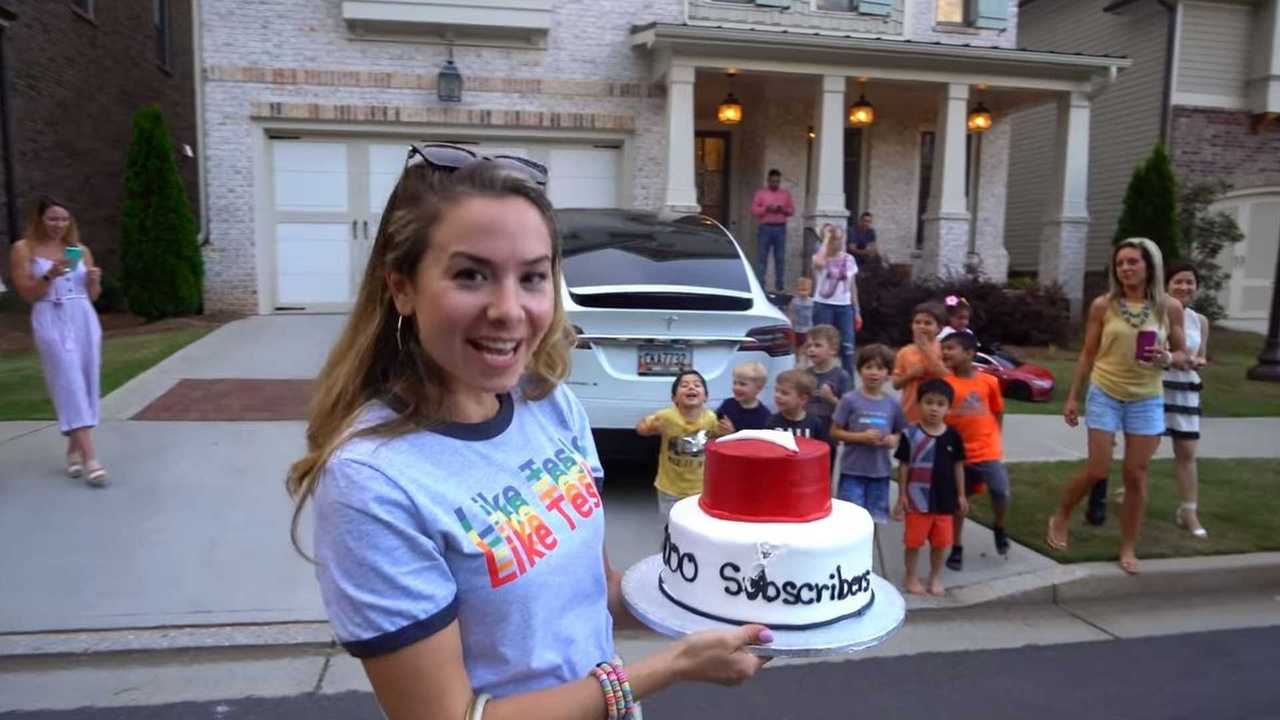 Being a mother isn't always easy. Kids can be tough. But, having a Tesla can make things just a little bit easier. One family's adventures have been able to captivate Tesla fans all over YouTube. Much of the credit is due to an amazing mom, Kim, who documents her stories on the popular channel Like Tesla. And Kim can celebrate Mother's Day in a big way — her channel just clocked a major milestone surpassing 100,000 subscribers.

Like Tesla has grown beyond YouTube too. Kim has an ever-growing presence on Twitter, Instagram, and Facebook. She's even got a boutique showing off some of her favorite Tesla-inspired fashions. But it's on her blog that Kim reveals some of the unique advantages of being a mother and owning a Tesla.

Talking about road trips, she says, "I have to admit, ipads and tablets do help when needed but having a Tesla also makes a huge difference. Especially with the Model X, the falcon wings alone are a cool 'event' that the kids look forward to. They are very aware that our car is quite different than 99% of all other cars on the road and they love the opportunity to open or close the doors."

In addition, she adds, "Tesla also keeps them excited about the car by rolling out new easter eggs. From the the reindeer jingles to the TeslAtari games, my kids love playing with the center console of our car. Tesla just released the emissions testing mode (aka fart mode) which was an instant crowd pleaser, and Elon has promised to keep more surprises coming. Landon says his favorite easter egg is the game Pole Position and Liam’s is the verbal prompt (by pressing the speak button) 'Ho Ho Ho, not funny.'"

Looking back, Kim reflects on her journey thus far, "In early 2016, with a small Tesla Youtube community that could be counted on one hand, we began documenting family life with an electric vehicle. Dozens of road trips and over 100,000 electric miles later, we have evolved into what you see today on Like Tesla." And with the steadfast support of so many in the EV community, Like Tesla just celebrated 100,000 subscribers on YouTube.

So why was Tesla the right choice for Kim's family? She says, "Owning a Tesla was not just about a having a cool ride or clean air, it is also about protecting our family. With safety paramount and the love for what Tesla stands for, we are a proud knowing that we are doing our part to leave the world better than we found it... plus we never have to visit a gas station!"