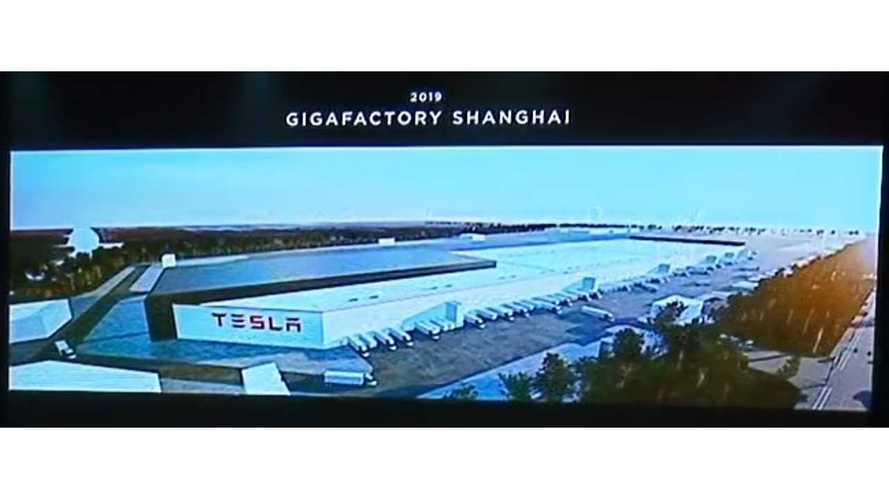 Not only will production start this year, but it could be a 4-digit number of cars per week

Tesla's second car manufacturing plant - the Tesla Gigafactory 3 - currently under construction in Shanghai, China is set to produce about 3,000 base versions of Model 3 per week (initial target, but not in 2019). The site should see the start of production by the end of 2019.

According to Elon Musk, the progress with this latest investment is good, which should enable Tesla to produce a surprisingly high volume of cars this year - between 1,000 to 2,000 per week. Sounds unbelievable as several months ago there was nothing on the plot, but it's encouraging to see positive news coming from China.

"“It looks like we will reach volume production at the end of this year with at least more than 1,000 cars a week, maybe 2,000,” Musk said on an earnings conference call on Wednesday. “If it’s not then, it will be shortly thereafter.”"

“We have 99 percent of things in good shape,” Musk said. “But if 1 percent is missing you still can’t make a car.”

By launching production in China, Tesla will be able to avoid the 15% tariff on imported cars from the U.S., which is major but not the only gain, as there are also incentives to get by building the cars in China.

The lithium-ion battery cells will be supplied by multiple manufacturers including Panasonic, but so far Tesla didn't announce exactly who will be the suppliers.