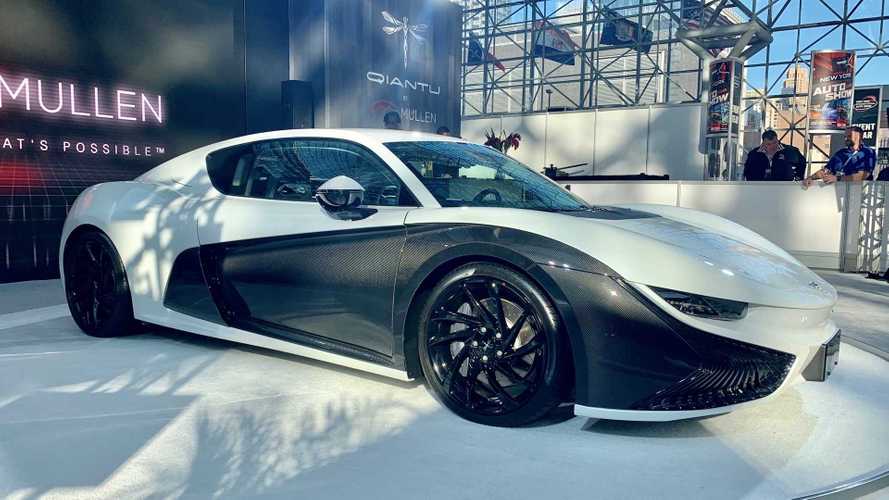 K50's target is about 650 sales per year before Mullen makes its own EV in a few years.

More than a few electric vehicle startups tried to make their mark by taking existing vehicles in China and trying to make them suitable EVs for at least California's roles. Mullen Technologies, a California-based company, doesn't seem worried by the track record of such startups.

At the 2019 New York Auto Show, Mullen showed off the Qiantu K50, a sports car from a Chinese manufacturer that is already electric and that it plans to sell in the U.S. in about a year's time before it follows up with a design of its own.

"We spent a long time searching for the right car to introduce into the U.S.," Frank McMahon, chief technology officer for Mullen, told InsideEVs at the New York Auto Show. "We chose this kind of performance car EV market because there’s still a gap in this particular market here."

In production since 2017, the Qiantu K50 seems up-to-date for Mullen with a twin-electric motor setup and about 430 horsepower. But McMahon says Mullen is learning about what changes the K50 needs for the U.S. market, beyond the basic federal motor vehicle standards, and will modify Qiantu's car by the time of its launch in the second half of 2020. It's also hedging its bets on sales targets.

"We’re looking at volumes of around 650 unites a year, and for an organization like us, that volume is a good space," McMahon said. "As an EV as a niche car, there’s still a market for around 600-650 cars a year."

The Qiantu K50 is also a learning experience for Mullen's next chapter: it's own car. McMahon said development is well underway for an EV in what he calls a "mid-premium" segment for around $50,000. Not naming a price, he said the K50 starts at about $105,000 in China after government incentives.

"Our next vehicle we plan on, when we’re up and running full speed, we anticipate volumes of around 20,000 year – obviously at a lower price point," he said.

But to get to that mid-premium vehicle that will undoubtedly be compared to versions of the Tesla Model 3 and other EVs from more established automakers, McMahon said it's setting up essentials for a higher volume car with the K50 rollout – such as a dealer network.

"We will have a significant distribution and service network once the vehicle is ready, he said. "A traditional model, not like a Tesla model," elaborating that Mullen will leverage off of its existing parts distribution network and concentrate retail locations in California and other "EV-friendly" markets, while attracting buyers from existing gasoline-powered sports cars.

"On the K50, we'll emphasize handling rather than outright speed," McMahon said. "The next car will emphasize efficiency. That’s what they want to build a name off of."