Mercedes GLB Electric Spied: Is This The Upcoming EQ B? 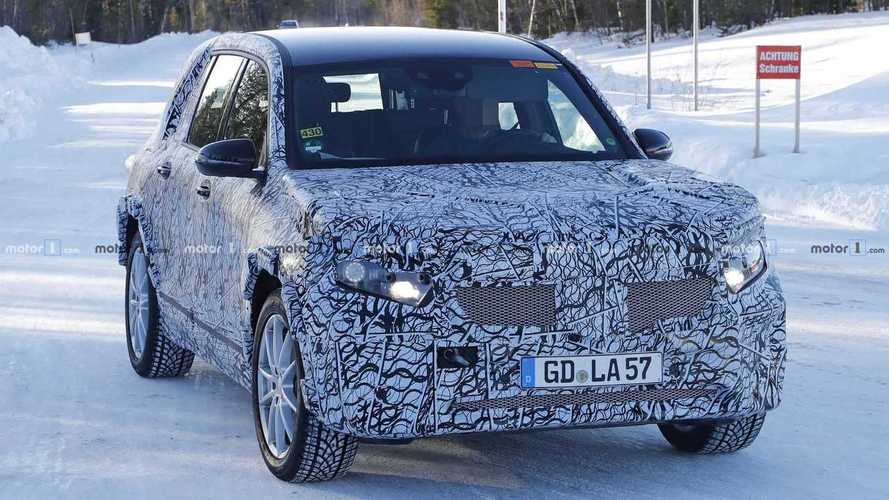 Rumors say it will do 310 miles between charges.

Mercedes has yet to reveal the new GLB, but it looks like a fully electric version is not that far behind judging by these new spy shots. How do we know it’s an EV? Aside from the obvious “electric” sticker on the windshield, the prototype didn’t have an exhaust system and was spotted in company with another zero-emissions crossover, the larger EQ C.

It looked pretty much the same as the conventionally powered GLB, but it obviously lacked the production taillights and quite possibly the final headlights as well. As with the regular variant of the compact crossover, the boxy shape reminds us of the old GLK, but we’re hoping Mercedeswill make a few styling changes to differentiate the ICE model from the EV.

If a recent report is to be believed, the new EQ B will adopt an updated electric driveline adapted from the forthcoming EQ A small five-door hatchback. Power is going to come from two electric motors, one mounted on each axle, which presumably will give it an all-wheel-drive arrangement. A battery pack with a capacity of at least 60 kWh will provide enough juice for a maximum range of roughly 310 miles (500 kilometers).

When will Mercedes unveil the EQ B? It’s hard to say, but we do know the regular GLB will be previewed by a namesake concept later this month during the Auto Shanghai 2019 show in China. The production model could follow by the end of the year, which could mean the electric derivative will be revealed at some point in 2020, with sales to kick off in 2021.

As a final note, the EQ B will not be the only GLB model with an electric twist since Mercedes also has plans for a plug-in hybrid variant. It will combine a turbocharged 2.0-liter gasoline engine with dual electric motors for an AWD setup and will pack a floor-mounted battery good for 62 miles (100 km) of electric range.