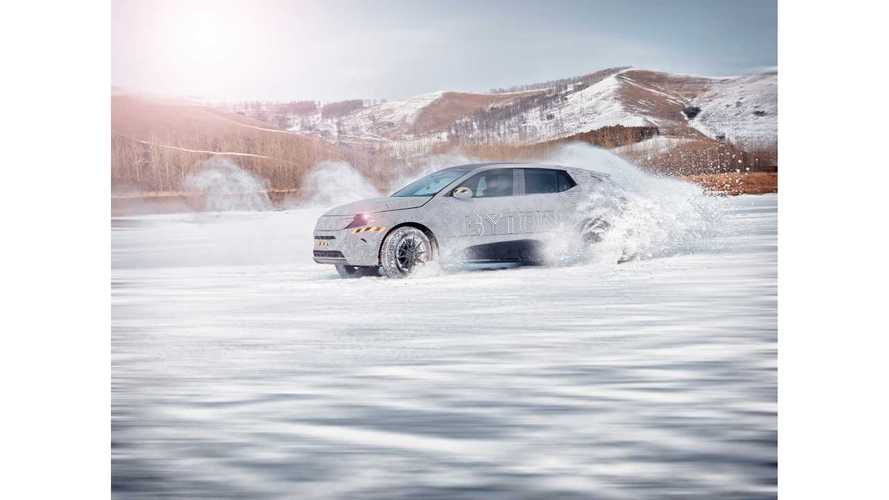 We've been reporting on, and watching BYTON closely since their introduction at CES in January of 2018. The one thing this we've consistently said, is how BYTON seems to be different from the other EV startups like Faraday Future and Lucid Motors. Right from the start, they seemed like they had a good chance of being successful, and as they inch closer to beginning production of their first vehicle, they're showing no signs of slowing down.

BYTON has been quietly moving along, hitting all of their projected deadlines and milestones. They are building out a state-of-the-art manufacturing plant in Nanjing, China, and InsideEVs was invited to visit the facility last year, shortly after they began construction. The factory will be completed in a few months and production on the M-Byte SUV will begin in Q4 of this year. BYTON say's they will have the ability to produce 300,000 vehicles per year at the Nanjing facility. Initial M-Bytes will be for the Chinese market, as US deliveries won't begin until Q3 of 2020.

The base M-Byte will have a 71-kWh battery pack and a starting MSRP of $45,000. There's a 95-kWh battery pack option, however pricing has not been disclosed at this time. BYTON has estimated the range of the standard battery pack model will be 250 miles, but that's likely an optimistic estimate. We believe the 71-kWh is the actual usable energy, and with a vehicle of this size, a more reasonable estimate is about 220 miles per charge.

At CES in January this year, BYTON said they were conducting cold weather testing. With today's press release, we learn that BYTON has completed their first round of cold weather testing on the M-Byte in Inner Mongolia, China, and that they have already begun road-testing M-Byte prototypes in North America. BYTON is expected to reveal the production version of the M-Byte at CES Asia in Shanghai this June.

Nanjing, China, April 2, 2019 - BYTON, the premium smart electric vehicle brand, has completed its first cold environment test (CET) on prototypes of its  M-BYTE luxury SUV in Inner Mongolia, China. This is an integral part of the testing and verification process to ensure that the production vehicle performs in all scenarios and environments. Testing of BYTON M-Byte prototypes has also begun in North America and will ramp up through the end of 2019 when production will begin in Nanjing, China.

“The results from our winter program mark another development milestone in the M-Byte’s testing and verification,” said Dr. Daniel Kirchert, CEO and co-founder of BYTON. “It demonstrates that we’re well on the road to our goal of production by the end of Q4 2019 and delivering premium smart vehicles on schedule.”

BYTON aims to create a premium brand rooted in China which has a global reach. Its global headquarters, intelligent manufacturing base, and R&D center are located in Nanjing, China. Its North American headquarters, devoted to intelligent car experience, autonomous driving, whole vehicle integration, and other cutting-edge technologies, is based in the Silicon Valley. The company’s vehicle concept and design center is located in Munich. BYTON also has offices in Beijing, Shanghai, and Hong Kong to handle external affairs, marketing, sales, design, and investor relations.

BYTON’s core management team is made up of the world’s top experts from China, Europe, and the U.S., all of whom have held senior management positions in innovative companies such as BMW, Tesla, Google, and Apple. Their expertise covers automotive design, automotive engineering and manufacturing, electric powertrain, intelligent connectivity, autonomous driving, user interface, and supply chain management among other industry sectors, the sum of which represents BYTON’s strengths in manufacturing premium automobiles that are equipped with high quality internet technologies.