There will soon be less incentive to buy a Chevrolet Bolt. On April 1, the U.S. tax credit for General Motors' battery electric vehicle will be cut in half, from $7,500 to $3,750 as the automaker will have crested the 200,000 mark for EV sales in the country. But there are no plans to absorb some of the financial burden by lowering the sticker price on the electric hatchback.

According to Reuters, GM won't follow a pattern set by Tesla earlier this year by cutting the base price on the Bolt as the federal incentive gets reduced and eventually goes away altogether. A spokesman for GM said on Thursday it would be easier to work with dealers on incentives than it would be to change the manufacturer's suggested retail price on the vehicle. For 2019, a base Bolt LT starts at $37,495 before any local or federal incentives. 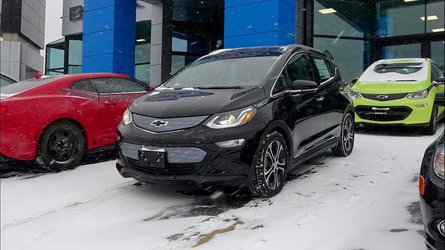 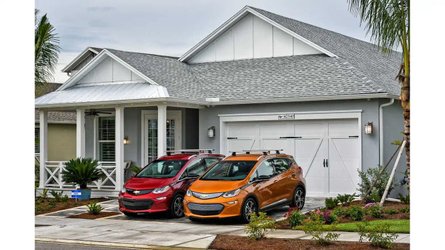 Potential Chevy Bolt, Volt Buyers Seem Unswayed By $7,500 Tax Credit
The Chevrolet Volt is also affected by the incentive cut to GM's EVs, although that car went out of production in February and dealers are already selling off the remaining vehicles with a raft of incentives.

It's a sharp contrast from Tesla's move in January to cut prices by $2,000 across the board when its federal incentive dropped to $3,750. That price drop has since been followed up by other price and equipment adjustments.

GM's EV tax credit will be cut again in October, to $1,875, and go away altogether in April 2020. Both GM and Tesla have lobbied the federal government for an extension of the incentive, but it hasn't gained any traction among lawmakers, who have before threatened to cut it altogether in a bid to curb government spending. For now, GM is likely to throw more cash and attractive lease deals on the Bolt to keep it viable as rivals such as Hyundai and Kia release new EVs that are still eligible for the full $7,500 credit.

While that's fine for the short term, the Bolt may need more support to prop up its U.S. sales.