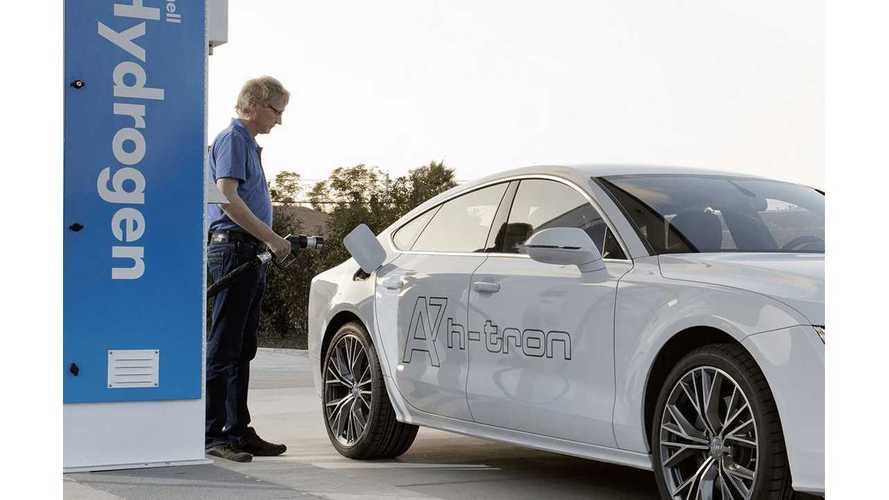 For Audi, hydrogen-powered cars are nothing new, but it decided last week to increase its investment in fuel cells.

I'm writing this post from Audi's large display at the Geneva Motor Show, where the German luxury brand is displaying a dozen cars. Every single one of them is either fully electric or a plug-in hybrid. The Audi Q4 e-tron electric crossover, which debuted this morning, is especially exciting because it will offer a new level of affordability to the brand's lineup of EVs.

So mark my words: Audi is fully committed to a long-term and massive effort to offer battery-electric vehicles and plug-in hybrids.

That strong support for electrification was reiterated by Braham Schot, who was appointed as chairman of the Audi Board of Management in January. But in a meeting with a half-dozen journalists behind the scenes, Schot said that just last week he decided to increase the company's investment in fuel cells. He promised a new fuel-cell prototype by the end of the year and series production of a hydrogen fuel-cell vehicle by 2021.

"I really want to speed it up," he said.

Schot said that Audi customers are more excited about driving an electric car than he expected. "It's a different way of driving. Even if emissions standards were not there, people would still love it." He also expressed optimism about the availability of EV charging that will become commonplace in the next five years.

However, Schot questioned if there would be enough supply of EVs and batteries for rising electric-car demand in the coming years. "If this modality is here to stay, then you have to try to find the most effective and efficient way to drive electric," he said. "And then you come to fuel cells."

After the interview, Audi officials said that the new investment in fuel cells will play out over the next decade and across global markets. Meanwhile, Audi's plans for battery-electric vehicles remain very much on track.