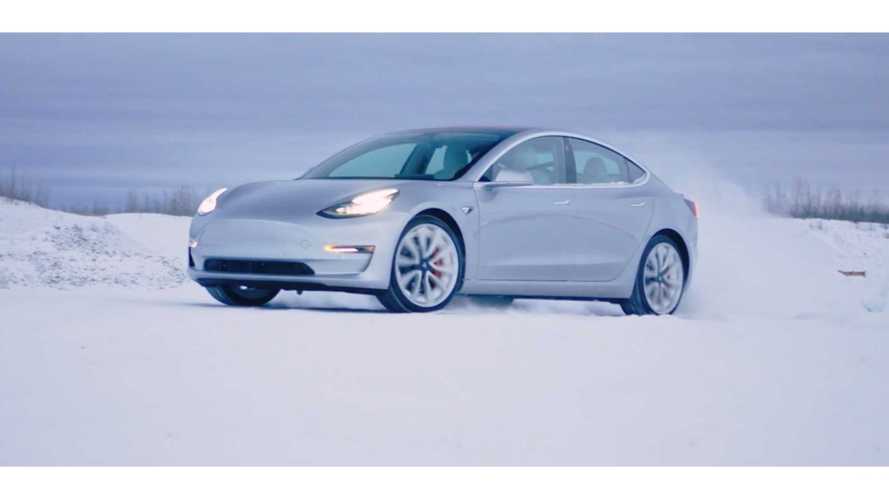 Following extensive testing, this rally car champion is blown away by the Tesla Model 3 Performance.

We've been quite impressed by the Tesla Model 3 Performance and its track prowess. Now, rally car champ Wyatt Knox says it could revolutionize the rally car circuit. We can't say we're overly surprised since the car is plenty quick, handles impeccably, and its dual motors and top-notch traction control offer first-rate grip. Not to mention the fact that it comes with Track Mode.

Rivian: Third EV Is A Rally-Like Car With "Bananas" Level Of Performance

According to Teslarati, retired rally champ Knox spends his time at New Hampshire's Team O’Neil Rally School as its special project director. As mentioned above, he's most impressed with the car's dual motors. He goes so far as to say that the setup far exceeds what "normal AWD" can do. It's not easy to explain with few words, but put simply, this is because the dual electric motors and their sophisticated traction control technology are able achieve levels of traction and handling control variances that are unheard-of in the world of ICE cars. Knox elaborates (via Teslarati):

Because of the dual motors, (the Model 3 Performance) can infinitely vary the amount of drive to the front and rear however much it is programmed to, based on your steering angle, throttle position, brake position, yaw sensor, wheel speed sensors, (and) probably more that I’m not even aware of. A Subaru or an Audi or something with one engine driving a normal transmission and center diff cannot do that.

The Tesla dual motor (system) could theoretically be 100% front wheel drive, 100% rear wheel drive, or any mix of the two. That’s not how it’s really programmed to work, but that’s the tech it’s based on. That opens a LOT of really interesting doors. If you could plug in and ‘tune’ the system to your application, yeah, that would be would be a game changer.

Knox added that if Tesla eventually lets owners/rally drivers modify settings in these cars, the increased potential could prove infinite. As Teslarati recounts, Musk has already mentioned that this will eventually become a possibility with Track Mode. In an interview with Marques Brownlee (MKBHD), Musk referenced an Expert/Enhanced Mode in which drivers will have control over multiple settings, like being able to "overclock" the car.

Clearly, electric cars like the Model 3 have a solid place in the future of racing, and more specifically, the rally circuit. Beginning in 2022, the World Rally Championship will add some type of electrified component.