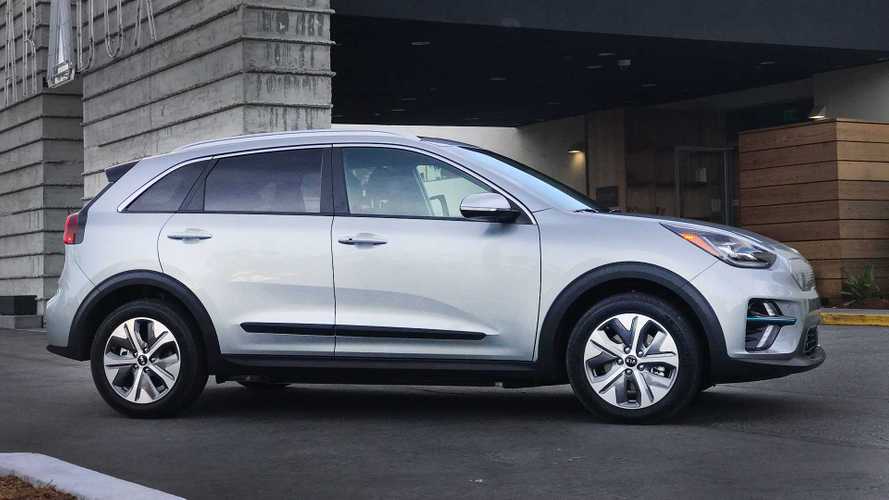 First deliveries of the 239-mile crossover EV are due in late February. The Niro EV will be sold in a dozen states.

On the eve of our first drive of the Kia Niro EV, we sat down with the brand’s two product planners who work on electrification. We spoke in Santa Cruz, Calif. with Steve Kosowski, the manager of long-range strategy and planning at for Kia Motors America – and Garrett Ono, the manager of product strategy and regulatory compliance.

There’s no confirmed pricing on the Kia Niro EV, but company officials said that “you could make inferences” based on the Hyundai Kona Electric’s price, which starts at $36,450. “It'll be very competitive,” said Kosowski.

I asked them point-blank if the Niro EV would be produced in volumes only to meet California ZEV-compliance numbers. “We’re way beyond that,” said Koswoski. He said that Kia has plenty of zero-emissions credits and that it’s selling the car in Georgia, Texas, and Hawaii, which are not ZEV states. “Our plan for volume exceeds what we’re legally bound to sell,” he said.

At the same time, Koswoski said volume is globally constrained because Kia Motors America can’t get the desired allocation from the parent company. “The truth is that demand in other markets around the world is so strong,” he said. Kosowski explained that regulatory pressures, especially in Europe, dictate that countries such as Norway are a higher priority than the United States. “We have this conversation all the time with our leadership about how we need more cars.”

Kosowski and Ono believe that demand will be robust. “No other car will go 239 miles, carry as much stuff, and hold as many people at this price point,” said Koswoski.

Ono added that the design is accessible. “It’s not a space egg,” he said. “It’s really just like any other car.” The Kia Niro EV’s closest competitor could very well be the 258-mile Hyundai Kona EV. But Kona is shorter with a 102.4-inch wheelbase – compared to Niro EV’s 106.3 length.

Both EVs have the same 19.2 cubic feet interior volume. But with the seats down, the Niro’s 54.5 cubes soundly beats the Kona with 45.8 cubic feet. The Niro has about four more inches of legroom. “There’s a delta that’s marketable,” said Kosowski.

The fundamental trade-off is more passenger and cargo room in exchange for 19 miles of range. The two vehicles are the only two true crossover EVs available at an affordable price. “Right now we have that space to ourselves,” said Kosowski. (While Chevy claims the Bolt is a crossover, it’s more like a high-riding compact.)

The all-electric Niro, Kona, and Soul share the same electric powertrain, with some slight modifications in the Niro’s transmission to handle the extra mass. SK Innovation provides the cells for Kia’s battery pack while LG Chem is Hyundai’s supplier.

The other competing model is the plug-in hybrid version of the Kia Niro, which currently offers 26 miles of all-electric range. Ono sees the Niro EV as the go-to electric car for the brand. “If you can afford it, you’re going straight to the EV,” said Ono. “It’s going to be the top of the Niro line-up in terms of price.” That provides another hint about the Niro EV’s price because the plug-in hybrid version starts at 28,500.

I asked if the next iteration of the Kia Niro Plug-in Hybrid will expand its 26 miles of all-electric range. “The short answer is yes,” said Kosowski. He said batteries and motors are getting better and cheaper every year.

The potentially more exciting news is the next iteration of Kia electric vehicles. They noted that 1.0-versions of electric vehicles, as they put it,  offered about 100 miles of range. The second-generation 2.0 electric cars, like the Niro EV, are beyond 200 miles. The 3.0 version of EVs, they said, will offer about 300 miles of range and ultra-fast charging.

“What’s over the horizon maybe 12 to 18 months away is a tsunami of 300-plus mile cars,” said Kosowski, referring to the entire auto industry, not only to Kia vehicles. But he hinted that Kia will be there as well. He said the company is “pouring billions” into electric mobility to reduce its carbon footprint. “Our leadership has big aspirations,” he said.

If you have plans to purchase a Kia Niro EV, come share your journey with other owners at the Kia Niro EV InsideEVs sub-forum.