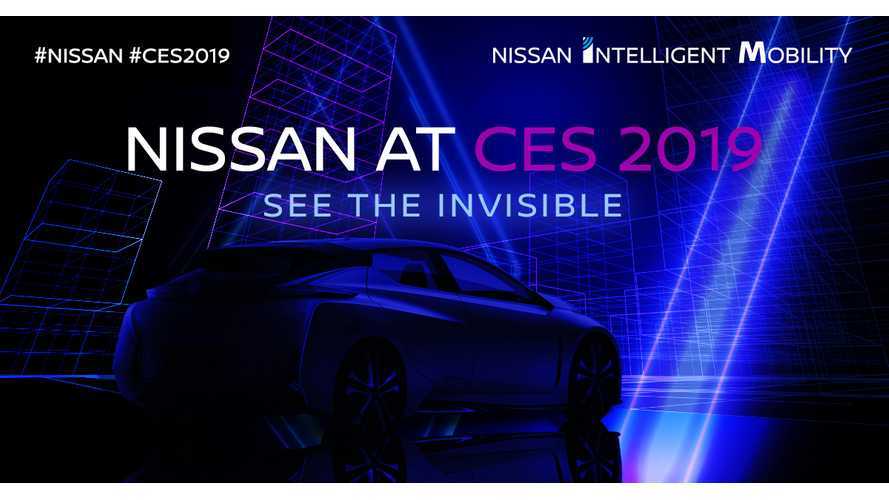 Nissan promised a January reveal, so it's either CES or NAIAS.

After a canceled debut at the Los Angeles Auto Show, all eyes are on CES now to see if the longer range LEAF e-Plus debuts. Will it?

The logical site to debut the new, longer-range Nissan LEAF e-Plus is at tech-heavy CES, as NAIAS is usually more focused on trucks and, muscle cars and sports cars.

But with CES now upon us and not a peep from the show yet, we wonder if the LEAF e-Plus will be Nissan's surprise reveal. Here's what Nissan states of its part at CES:

It's that new vehicle introduction that leads us to believe the LEAF e-Plus may debut, but it could be some entirely unknown vehicle, too.

Back in late 2017, InsideEVs obtained a slide detailing the e-Plus and we expect these specs to still largely hold true.

Sources, including some of our own, had previously let it be known that the upcoming 60-kWh Nissan LEAF would return 225-plus miles of EPA range, but it wasn’t until just recently that we’ve been able to let loose the intel directly from Nissan.

The slide below shows the automaker’s intent with the 2019 LEAF. As you can see, it’ll be positioned range-wise against the likes of the base Tesla Model 3 and the Chevrolet Bolt.

The remaining question is price. While the slide says $35k+, we believe Nissan will undercut both of the listed competitors, if only by a bit.

Previously, Nissan’s executive vice president of global sales and marketing Daniele Schillaci, answered a question regarding range for the 60-kWh LEAF. His response was simply “more than 225 mile range.” He added “EPA” to that response and that’s precisely what we see in the slide.

It's our belief that these figures have remained mostly unchanged.