2018 EV Recap: The Year Of The Electric Vehicle And Tesla Prevails 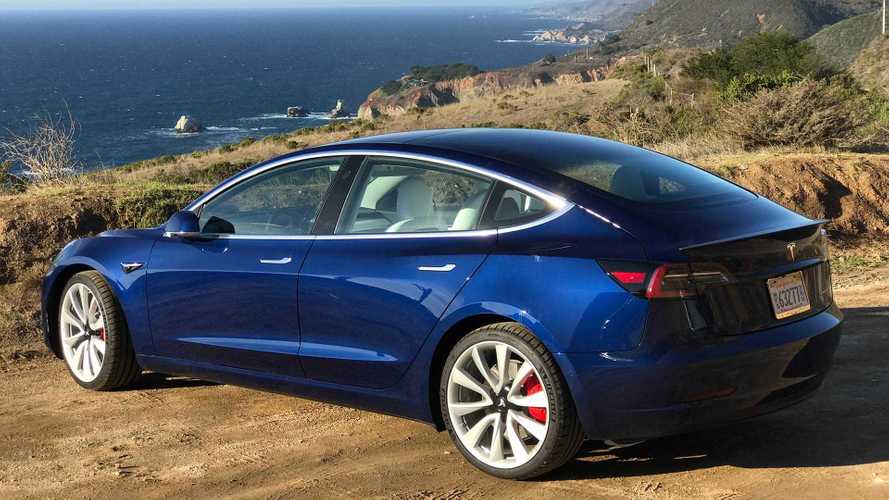 TESLA RISING: A YEAR-END ROUND UP OF ELECTRIC VEHICLE NEWS FOR 2018

2018 could well go down in history as “the year of the electric vehicle,” as several events that had been heralded as important tipping points occurred during the year. The millionth EV was sold in the US, Tesla reached the final phase of its master plan to bring EVs to the masses, legacy automakers began to introduce electric SUVs, and massive new investments in charging infrastructure promised an end to the dreaded range anxiety. However, 2018 also saw the enemies of the EV beginning to mobilize against the growing threat, and despite the rapid advance of technology, the eventual electrification of transportation is still by no means inevitable.

Several news outlets, including E&E News and The Driven, ran roundups of the year’s top EV stories, and Plug In America published stories from some of the really early adopters about their experiences at the dawn of the modern EV era. Here are some of the happenings that we consider the most important EVents of 2018.

Although the first Model 3s were delivered in July of 2017, it took another year for Tesla to announce that it had met its production goal of 5,000 cars per week. As the company worked through its backlog of orders, Model 3 set one sales record after another. It is now by far the top-selling plug-in car in the US, and the best-selling car of any kind by revenue. In October, Bloomberg reported that Model 3 was the fifth best-selling sedan in the third quarter.

Volume delivery of Model 3 represents the culmination of Tesla’s original master plan, and the victory was particularly poignant as it followed what some have called the company’s Summer of Needless Drama. The mainstream press rewarded Tesla for its remarkable achievements by painting the company as Public Enemy Number One, and Elon Musk added fuel to the fire with poorly thought-out tweets and rambunctious rock star behavior. As the year draws to a close, the focus seems to be returning to Tesla’s vehicles, and TSLA stock remains in healthy territory.

Looking ahead to 2019, the big stories will be the beginning of Model 3 deliveries in Europe, and the long-delayed introduction of the promised $35,000 base version. Tesla will also start construction of Gigafactory 3 in China, which has enormous implications for the future growth of the EV industry.

A common complaint about the EV market is that there aren’t enough different types of vehicles available. Trucks and SUVs are what buyers want, and Tesla can’t change the world alone. 2018 saw the launch of the first viable crossovers from legacy automakers - namely the Jaguar I-Pace and the Audi e-tron. Judging by recent events, it doesn’t appear that their makers intend to sell them in any serious volume, but both appear to be excellent vehicles, and the fact that they are available represents a major milestone, and some healthy competition for Model X.

Above: A look at the all-electric Rivian (Image: InsideEVs)

The star of the Los Angeles Auto Show in November was a pair of prototypes from startup Rivian - an electric pickup truck and an SUV. The vehicles look great, and the specs are impressive, rivaling those of Model X and leaving comparable gas-powered trucks in the dust. Rivian’s vehicles won’t arrive until 2020 at the earliest, and while the $69,000 base price would be competitive in the luxury EV market, it’s a reason for skepticism when it comes to the pickup truck (a comparable Ford F-150 sells for around half that price). However, as the first truly exciting electric pickup to make it to the prototype stage, the Rivian R1T represents a big step forward. Elon Musk seems to have noticed - he’s been talking about the Tesla pickup a lot, and in December he tweeted, “I’m dying to make a pickup truck so bad...we might have a prototype to unveil next year.”

Tesla realized from the beginning that drivers need to be able to make long road trips, and the Supercharger network has been a major driver of the brand’s success. Within the next couple of years, ordinary EV drivers will also be able to hit the highways with more confidence, as several massive fast charging networks are under construction in the US and Europe.

Above: Even oil giant Shell has started installing electric vehicle chargers at its gas stations in Europe (Image: Electrive)

VW’s new subsidiary, Electrify America, began building a vast charging network that will span the highways of the US. The company has two billion dollars to invest over the next ten years. EA’s plans are very future-oriented - it recently installed the first fast charging station capable of delivering 350 kW of power - a level that only the new Audi e-tron is capable of handling so far. A separate VW fund, which will be administered by individual states, could funnel an additional $265 million to EV charging.

In Europe, a joint venture called Ionity, supported by automakers including BMW, Daimler, Ford and the Volkswagen Group, has plans for a continent-wide fast charging network that are comparable in scale to those of Electrify America. Meanwhile, electric utilities and petroleum giants have been acquiring or investing in EV charging companies: Royal Dutch Shell invested $31 million in an EV battery-swapping startup, and BP agreed to acquire UK charging network Chargemaster.

Several of the legacy automakers announced bold plans for electrification in 2018. Ford announced in January that it plans to offer 40 electrified models by 2022, and will invest $11 billion in plug-in technology by that date, more than double its previous estimate. Even Fiat Chrysler has stopped kicking and screaming - it said in June that it would invest $10 billion in EVs and hybrids by 2022. Volkswagen has been talking very big indeed, saying that it will earmark $50 billion for electrification, and even predicting that it will launch its last generation of fossil-fuel vehicles in 2026.

Above: Even EV hold-outs like Fiat finally announced plans to push forward with more electric cars in the future (Image: Fiat 500 USA)

Of course, talk is even cheaper than gas these days, and we’ve heard a lot of talk about electrification over the last few years, especially from Ford, which has announced and then dropped numerous plans for new EVs, and VW, which has been called “the king of EV press releases.” But let’s be positive and compare Big Auto’s EV efforts to the proverbial rising tide on a beach - the waves come in and go out again, but each one rises a little higher than the one before.

The bigger story is that electric technology is steadily creeping into every nook and cranny of the transport industry. This isn’t a case of some headline-friendly milestone being reached, but rather of steady progress that accelerated in 2018.

Transit buses are getting charged around the world. In October, your correspondent attended the christening of two electric buses in St Petersburg, Florida, and similar ceremonies are taking place every week around the world. The California Air Resources Board has enacted a new rule requiring all transit buses in the state to be electric by 2040. Dozens of major cities, including Chicago, Toronto, Montreal, Londonand Berlin, are deploying electric buses. The wave is even spreading to South America - Chile ordered 100 electric buses from a Chinese builder in December.

Heavy-duty trucks will soon be going electric too. The Tesla Semi has competition from startups Nikola Motor and Thor Trucks, and Volvo and Daimler are getting into the act as well. School buses, mining equipment, ferries and airplanes - the list of vehicles getting charged continued to grow in 2018.

A global ecosystem of equipment manufacturers and suppliers has grown up to serve the rapidly growing EV industry. Startup companies are popping up, merging, getting bought out and (of course) going bankrupt, in a lively swirl of activity that’s reminiscent of the 1990s internet boom. Scientists and engineers around the world are tweaking and improving every aspect of the EV ecosystem - not just big-ticket items like batteries and motors, but also the specialized chips and high-tech metals, materials and chemical goos that go into vehicle components, and the manufacturing processes used to build them.

AND NOW FOR THE BAD NEWS

2018 will probably be remembered as the year in which the enemies of the EV started taking the threat seriously, and began to mount counterattacks on several fronts. The US EPA, enthusiastically supported by the legacy automakers, is pushing to roll back federal fuel economy and emissions standards, and it’s now looking like a done deal. In 2019, the battle will move on to the question of whether California can continue to impose its own more stringent standards. The struggle may well end up in the US Supreme Court, and if the decision goes the Administration’s way, it’s possible that US automakers will drop the ambitious electrification strategies they trumpeted in 2018.

Above: GM's Chevy Volt will be discontinued (Image: The Ignition Blog)

In November, GM announced that it will cut 15 percent of its salaried workforce - almost 15,000 employees - and close down five factories in North America. Following the leads of Ford and Chrysler, GM will discontinue most of its sedans, including the plug-in hybrid Chevrolet Volt. Wearers of rose-colored glasses saw good news in a vague announcement that GM would increase investment in electric and autonomous vehicles. However, while trade wars and shifts in consumer preferences were surely the main reasons for the cutbacks, it didn’t take long for the naysayers to make the link between the rise of EVs and the disappearance of US auto industry jobs. “They’ve changed the whole model of General Motors. They’ve gone to all-electric. All-electric is not going to work,” the US Climate Change Denier-in-Chief fulminated to Fox News.

An array of petroleum-financed advocacy groups stepped up their efforts in Washington and state capitals in 2018, lobbying against the federal EV tax credit and other incentives, and working with the media to manipulate public perception of EVs. The defenders of the status quo describe current fuel-efficiency standards as “a relic of a disproven narrative of resource scarcity” (according to the American Legislative Exchange Council), and electric cars as “expensive luxury or performance vehicles that only the wealthy can afford” (per the American Petroleum Institute).

We live in interesting times, and it’s anybody’s guess how things will play out over the next few years. The growing anti-EV mobilization by the richest and most powerful industry in human history is an ominous trend. On the other hand, it’s hard to be too pessimistic when you read about the sheer amount of activity going on in the EV world. “I don’t see any slowdown by the OEMs and charging vendors,” said Phil Jones, Executive Director of the Alliance for Transportation Electrification. “They’re all as busy as heck.”