See The Differences: BMW i3 Drivetrain Compared To BMW iFE.18 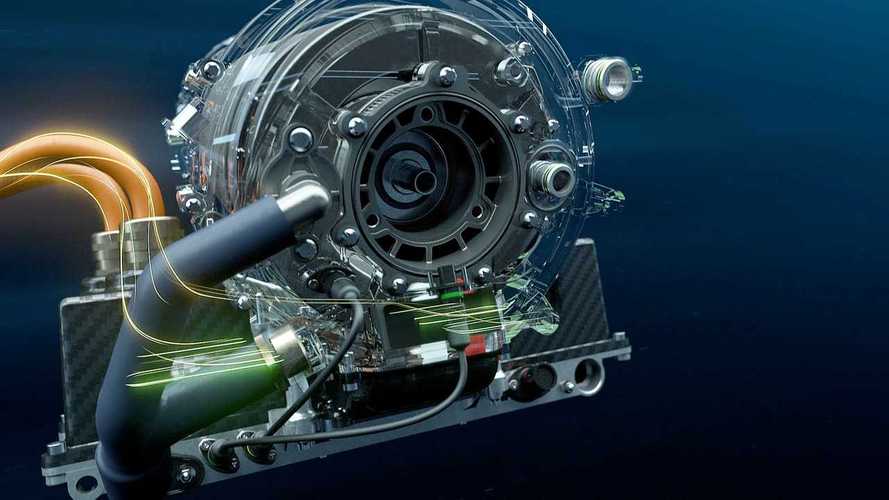 The 125 kW (or 135 kW) electric motor in the BMW i3 (i3s) is quite brisk, but it is no match for the racing BMW Racing eDrive01 drivetrain for the Formula E.

According to BMW, the new iFE.18's drivetrain brings together the pioneering spirit, innovation and technological expertise of both BMW Motorsport and BMW i. Compared to the i3, eDrive01 is twice as light, takes only one-third of its footprint but offers twice the performance.

Seat Presents An Inside Look At The Cupra e-Racer

Data for the Racing eDrive01, compared to the drive in the BMW i3

Development of the Racing eDrive01 and technology transfer.

Work on developing the BMW drivetrain for Formula E began in early 2017. The Racing eDrive01 began with pre-development for production drive systems and was produced in the same prototype construction facilities as the next generation of BMW i series drives. As such, it benefits from the experience of the production engineers in the areas of manual and mechanical manufacturing of electric motors and their components. More than a quarter of the pre-development team is also working on the Formula E project. The first concepts for the Racing eDrive01 were on the test stand for the first time in mid-2017 – the same test stand that is used for pre-production. After the delivery of the test chassis and standard battery, work started on assembling the test car at the start of 2018. By the time it came to the roll-out of the BMW iFE.18 in April 2018, the drivetrain had undergone many rounds of development and optimisation during extensive bench tests.

While the Racing eDrive01 benefitted greatly from the experience of production engineers during its development, the knowledge gained by BMW i Motorsport engineers in the tough competitive environment of Formula E flowed straight back into the development of future E-drives for BMW production vehicles. Motor racing makes it possible to test new materials, technologies and methods in extreme conditions and without having to take into consideration restrictive factors. This way, the technology transfer between motorsport and production development comes full circle. This technology transfer is more intensive in the Formula E project than ever before in the history of the BMW Group.

In particular, the fact that the BMW Group developed the fifth generation of their electric drive themselves again, thereby creating an excellent infrastructure for production and development, provides great advantages for the Formula E project. This development factory makes it possible to provide technological solutions tailored specifically to motorsport within a very short period. In the particular case of Formula E, for example, dozens of development variants were generated mathematically and via simulation almost overnight, from which the engineers could accurately select the solution perfect for the project.

The Racing eDrive01 consists of the electric motor, cooling system and inverter. The goals when designing all these components were maximum efficiency, the highest possible energy density, and a lightweight design that is as compact as possible. These goals were primarily achieved by using state-of-the-art materials, technologies and processes.

The electric motor is primarily made up of three parts: The rotor, the stator and the casing. In order to reduce weight and for strengthening, among other things, the rotor has supports made of fibre composites. In addition, innovative materials such as highly thermally-conductive resins, titanium and ceramic are used. The combination of all the state-of-the-art technologies used results in a high gravimetric energy density.

The electric motor is cooled by a virtually 360° cooling geometry in aluminium casing manufactured via the additive manufacturing procedure. In addition, materials with high thermal conductivity – such as ceramic and resin – are used. Thanks to CFD optimization, the pressure loss is minimal and maximum efficiency is guaranteed.

The inverter converts direct current from the standard battery into alternating current, which powers the electric motor. Parts of its casing are also made from fibre composites. Multiple MOSFETS (metal-oxide-semiconductor field-effect transistors) with state-of-the-art silicon carbide technology are used on the inside for the semiconductor. Thanks to this technology, the inverter achieves very high dielectric strength while having a reduced size and minimal energy losses, and is thus smaller and lighter. An effective cooling system and low-loss circuit layout help make the inverter as efficient as possible.