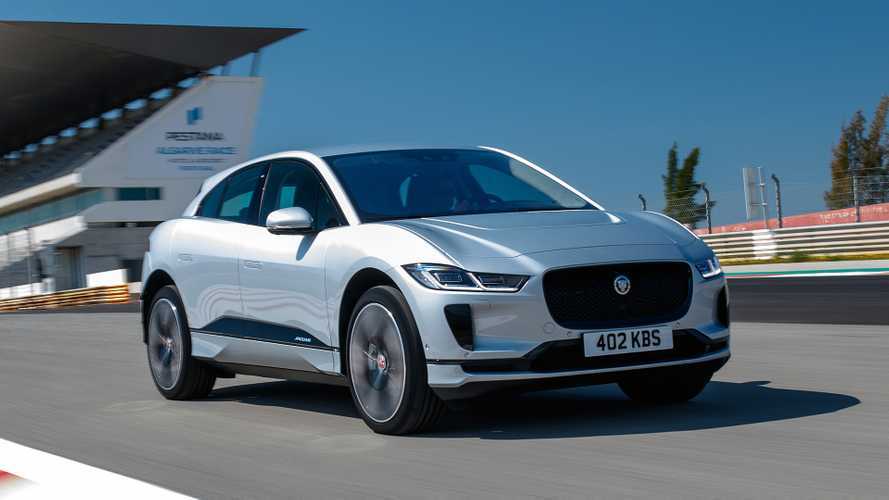 The Jaguar I-Pace comes equipped from the factory with automatic emergency braking (AEB). This system can detect an object ahead of a vehicle and will alert the driver if it calculates an impact may occur. If it receives no input from the vehicle operator, it will apply maximum braking in an effort to avoid an impact, or at least reduce the force of a collision if one happens. It's a great safety feature, but apparently, the system in the British all-electric crossover may have considerable room for improvement.

According to a report in the Norwegian publication Dinside 20 år (yep, folks, we read 'em all), the I-Pace ranked dead last of all the vehicles they tested. That includes, curiously, it stablemate the E-Pace. Now, it wasn't a matter of total distance covered while stopping that was tested. Rather, it was the top speed at which the AEB system engaged the brakes.

For instance, the best result of the 25 vehicles tested was the Hyundai Santa Fe. Its AEB system kicked in at 85 kph (52.82 miles per hour). The Jaguar E-Pace managed a relatively good result turning on at 70 kph (43.5 mph). The I-Pace result was an extremely disappointing 15 kph (9.32 mph), which is, according to WolframAlpha, about half the speed of a typical falling raindrop.

Speaking of tears, Jaguar engineers, who were on hand for the testing, suspected there might be some sort of error and requested that the test be run again. Later that same day, it was. The outcome of the second test, however, was just as bad.

The reason for the poor result was explained by engineers (from Google-translated Norwegian) thusly:

When the driver's door on I-Pace opens, power is cut to some systems, while the contents of some data stores are erased. This means that the car uses the first ten minutes of driving to "learn" the traffic image and in what situations the emergency brake system is to be activated.

Now, far be it from us to suggest they have it operate in the exact same way as the company's E-Pace so that it, too, may enjoy a far higher effective deployment speed (even within that initial 10-minute period), but certainly we feel they should continue to work on the issue. The Jaguar I-Pace is a terrific vehicle in almost every other way and should not have to suffer from this apparent blemish.