Here we examine the Tesla Model 3 in terms of the costs to buy one and to drive it 10,000 miles. 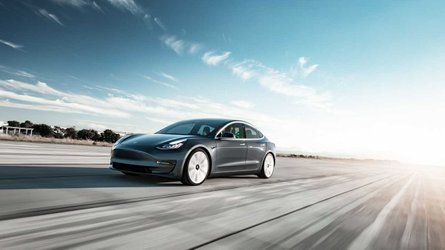 "These numbers are all based off my personal experience so it's not going to be the same for everyone but at least it will give you an idea of the costs and how much a difference it is driving a Tesla compared to an internal combustion engine vehicle. I’m going to compare my Model 3 acquisition to what it would be like if I kept driving my 2007 Pontiac G6.

There were no maintenance expenses so far.

"However we also have to calculate the cost of installing a home charging outlet. This cost heavily depends on your particular location and how difficult the install is. My NEMA 14-50 outlet cost $900 for a professional electrician to install, which is on the expensive side because my box was the furthest possible distance from my garage so they had to run cable underground which increased the price.

That brings it to a grand total of $55,322 upfront cost for my First Production Long Range Tesla Model 3, assuming I keep it for at least 5 years."

It could be less if you use free charging points from time to time.

"How much does it cost to charge & drive a Model 3 compared to buying gas? My Model 3 is at 10,400 lifetime miles and it’s averaging 233 Wh/mile. So far I’ve only spent $20.29 on four Supercharging sessions, and that resulted in approximately 700 miles of range which means the other 9,700 miles traveled were from charging at home in my garage. To find out how much it’s cost to travel those 9700 miles we need to calculate my electricity rate along with the Model 3’s charging efficiency. My off-peak electricity rate when I charge my car at home is $0.06882 per kWh.

However, 100% of the electricity doesn’t make it into the car’s battery when charging at home. This is true for all electric cars. Edmund’s is doing a long-term test drive of the Model 3 and they're measuring the average wall-to-wheels efficiency. So far from their tests they’ve seen an 83.3% charging efficiency (meaning only about 83% of the electricity makes it from the charging cable into the car battery). And if we also account for the amount of battery that depletes as the Model 3 is just sitting somewhere not plugged in (I’ll make a guesstimate and say 3% is a fair assumption for vampire drain), that brings us to 80% total charging efficiency.

The difference on fuel is over $1,200 alone, not taking into account the required time for stops at gas stations.

"If you compare that to my 6-cylinder automatic transmission 2007 Pontiac G6 which averages 21 miles per gallon and using the current average cost of gas in my area which is $2.77 per gallon, the total cost to travel 10,400 miles would be $1,371.81. That means I’ve saved almost $1,200 over 10,400 miles or maybe it’s better to say that’s $1,200 I’ve stopped having to give to gas stations since getting my Model 3. And I’m not driving a car that puts out any emissions which feels great."

We could also get into the money saved from oil changes and maintenance but that's another story. So far I’ve paid absolutely $0 in maintenance for my Model 3 so hopefully that continues. It’s been a fantastic car after 10,000 miles and it’s still just as much fun as the day I got it. I hope you enjoyed this detailed look into how much owning and driving a Tesla Model 3 actually costs."