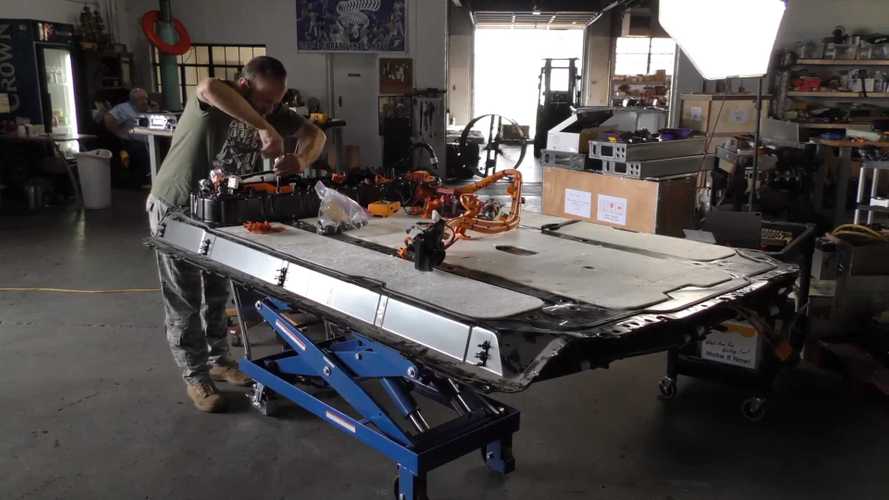 In a previous article, we explained in words why the Tesla Model 3 battery cooling was much improved. To summarize that article, the main reasons are better heat transfer between the cells and the cooling tube (because the cells are now glued directly to the cooling tube), more flow capability in the tube, better coverage of the tube on the cell, and fewer cells on each pass of the tube.

We also said in that article that our resident heat transfer engineer Keith Ritter was working on a computer model of the Model 3 TMS. Keith has the model done and it puts some numbers to how much better the Model 3 TMS system is than the old Model S P100D TMS. It transfers twice the heat!! Not only that, but if you take a closer look at the track data it backs up the analysis. Also, this improved cooling will allow version 3 Superchargers with higher charging powers and charging rates up to 626 MPH and 157 kW as we explained here.

We estimate the Model 3's TMS system could maintain the pack's cells at their design temperature of 45 deg. C, at a charging charge rate of up to 2 C, or about 157 kW. This also closely matches the 450 amp rating of the 3/0 cable between the charging port and the pack.

Track Data backs up our analysis

320 HP M3 LR RWD does many laps at Laguna Seca (2.2 miles) with no overheating issues

“Perhaps even more notable, however, was that the Model 3 was able to complete its laps without running into any overheating issues similar to those exhibited by early Model S’ when driven hard on the track for extended periods of time. According to Cameron, he was able to complete a total of 15 laps around the track during the entire day without any issues.”

450 HP M3 Performance does Lime rock without overheating for 3 or 4 hard (1.5-mile) laps (lime rock is a faster course than Laguna Seca)

From Road and Track:

“Fine, fine, so the thing can drift. What about the batteries?

At full speed, each lap of the 1.5-mile circuit burned up about nine miles of battery range during our testing.

Heat buildup is inevitable. After three or four laps at absolute tire-torturing full speed, the car begins to reduce power output. It's a balanced, gradual event.”

We calculate average power=140 kW. Note this is an AVERAGE power. It is only presented to point out that the Model 3 Performance car was putting out MORE power than Teslarati’s Model S at Laguna Seca (described below) with minimal issues while Teslarati’s Model S had severe power limitation on a track that requires LESS power.

“This is not the best track for the Tesla Model S. Power limitation due to overheating was rather severe, to a point where it would not even accelerate uphill at full throttle after turn 6.

The track was heavy on power consumption, a little higher than usual, probably due to significant elevation changes. Power consumption was 1350 watts/mile. While on most tracks we used 4 rated miles per 1 actual mile driven, on this track it ended up being 5.5 rated miles per 1 actual mile driven. It also explains why power limitation was more severe.”

We used data from our team member Scott Fauque’s Model X 100D in our analysis. Scott has data acquisition on his car via “Scan my Tesla” and “Teslafi”. These two apps allowed us to access all the battery temperatures, plus other data we needed for our analysis.

Once we had a model of the X 100D, we then made modifications to that model to simulate the Model 3. We scaled down the battery internal resistance because of the larger 2170 cells. We also reduced the internal resistance 10% more to account for improvements in the new 2170 cell design.

Internal resistance is a key issue in the TMS design. Heat is a function of the square of the current so any heat rejection issues get compounded very fast when we start cranking up charging power and/or running on the track.

Thermal conductance factor between cell and glycol in the tube:

Model 3 has twice the conductance capacity per sq. cm of the Model S because of the Model 3 tubes' thin, thermally-conductive adhesive between the cell and tube wall as compared to the Model S tubes' thick silicone thermal pad.

With both more contact surface area and a higher conductance factor, the Model 3's cooling tube system can conduct 2.3x as much heat from the pack as the Model S.

Model 3's glycol system can deliver almost twice as much glycol to the tubes and transfer twice as much heat away from the pack as the Model S's glycol system. This is because the Model 3 pack has more cooling tubes flowing glycol in parallel and each tube has a larger cross-sectional area to allow more flow as well as a shorter length, which reduces the pressure drop and pump energy.

Stay tuned. There are a lot more interesting discoveries to come. Most notably, our speculation on what Porsche will do to get the Taycan to outperform Tesla on the track without overheating……and perhaps implications for the 2020 Tesla Roadster.