It's the most energy dense pack in the industry. We do the math to confirm.

First up, some highlights from the text below: 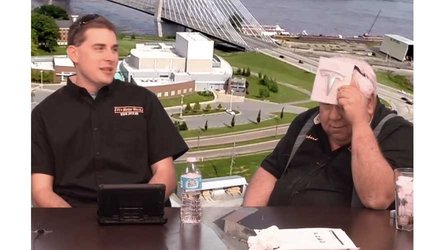 “All the technology in the Model 3 is very next generation with nothing familiar from Model S in any way shape or form. I haven’t seen anything even vaguely Model S or Model X in this vehicle. Nothing. No DNA found. The improvement is not at all incremental. It’s like from another planet.”

Photos and video of the underside of Model 3 showing beefy structure surrounding the pack.

In a previous article we noted that the model 3 battery pack was 15% lighter than the old P85 Model S pack and 6% lighter than Tesla’s most advanced pack in the P100D.

In that article, and based on EVTV’s teardown video we speculated that Tesla has saved weight in the battery pack by moving the battery protection duties from the battery case to the body structure. This was partly conjecture just because there are no protective sides on the Model 3 pack (unlike Model S) and also because Tesla appears to have surrounded the Model 3 pack in high strength steel used in the body……in other words letting the body serve a dual purpose. 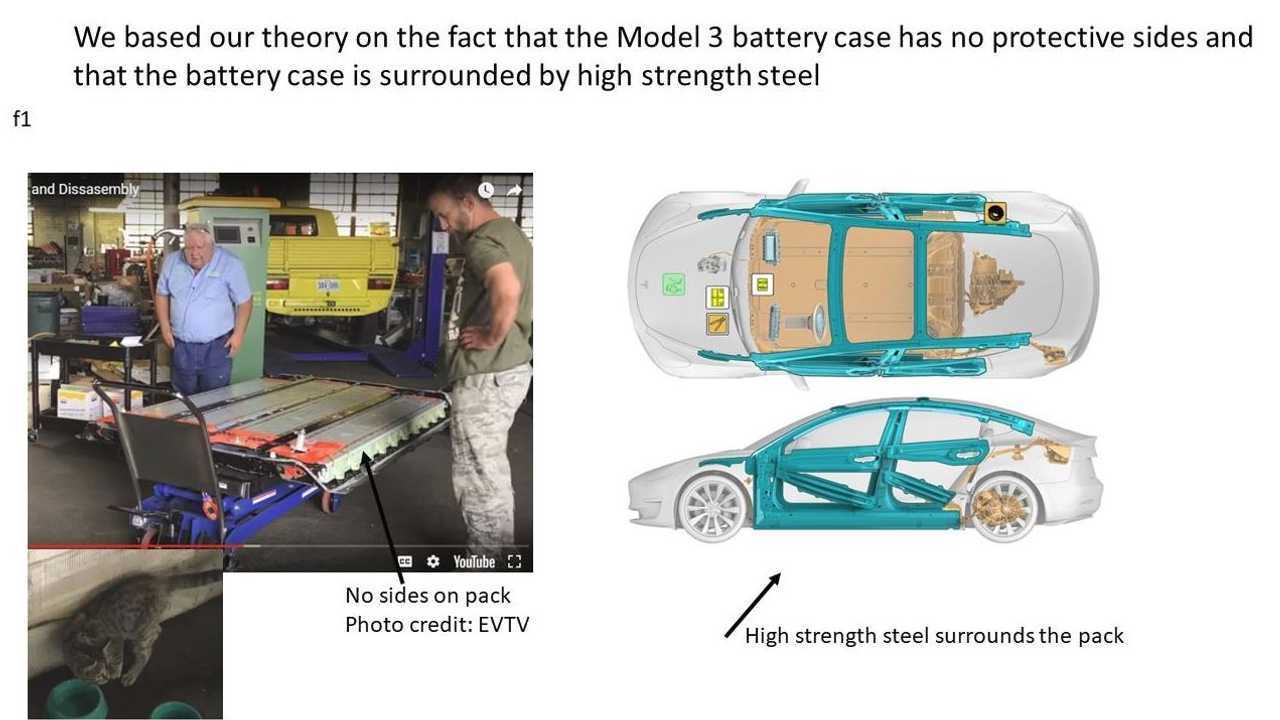 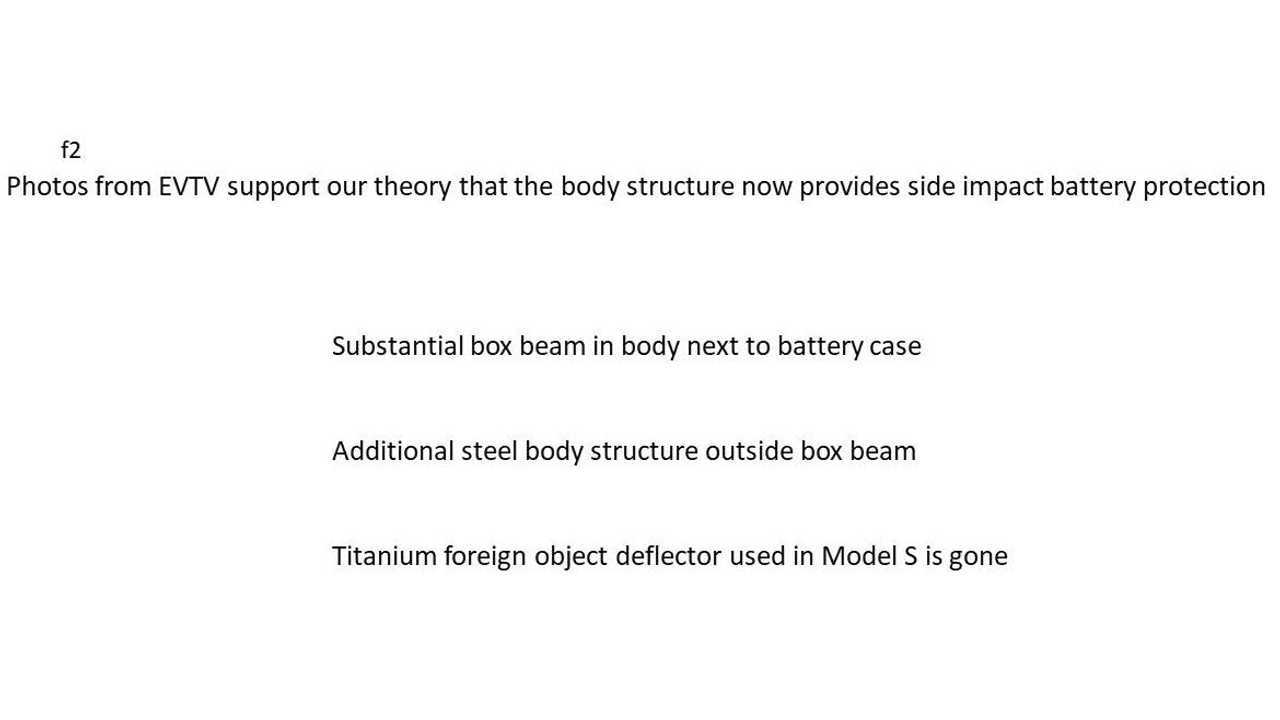 The photos of the box beam and additional steel structure that surrounds the Model 3 pack are shown below. 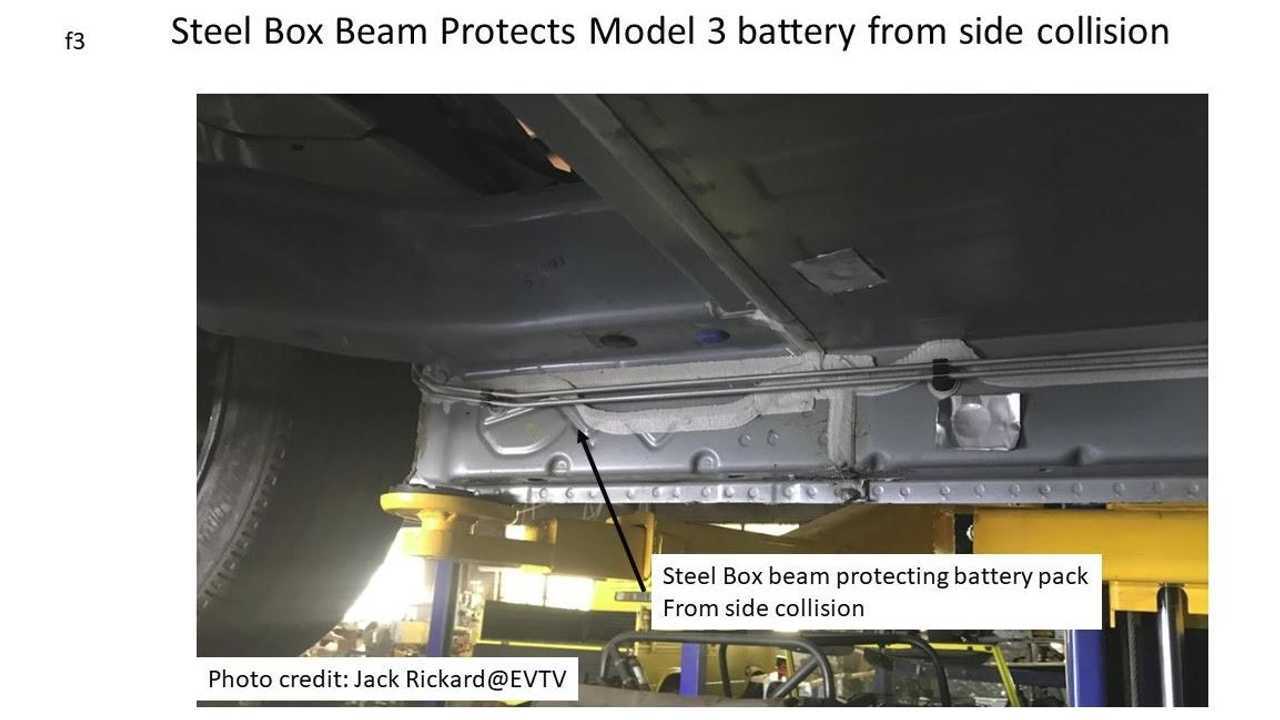 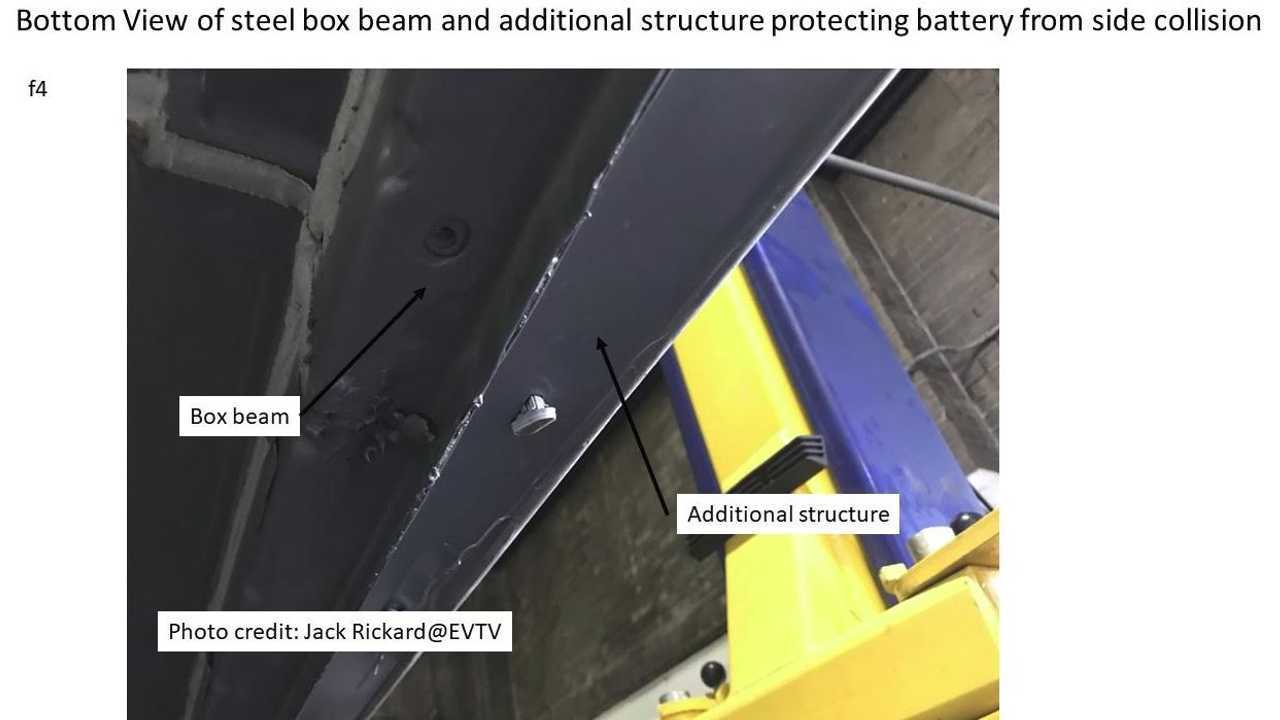 …..and a video clip of the underside of the Model 3 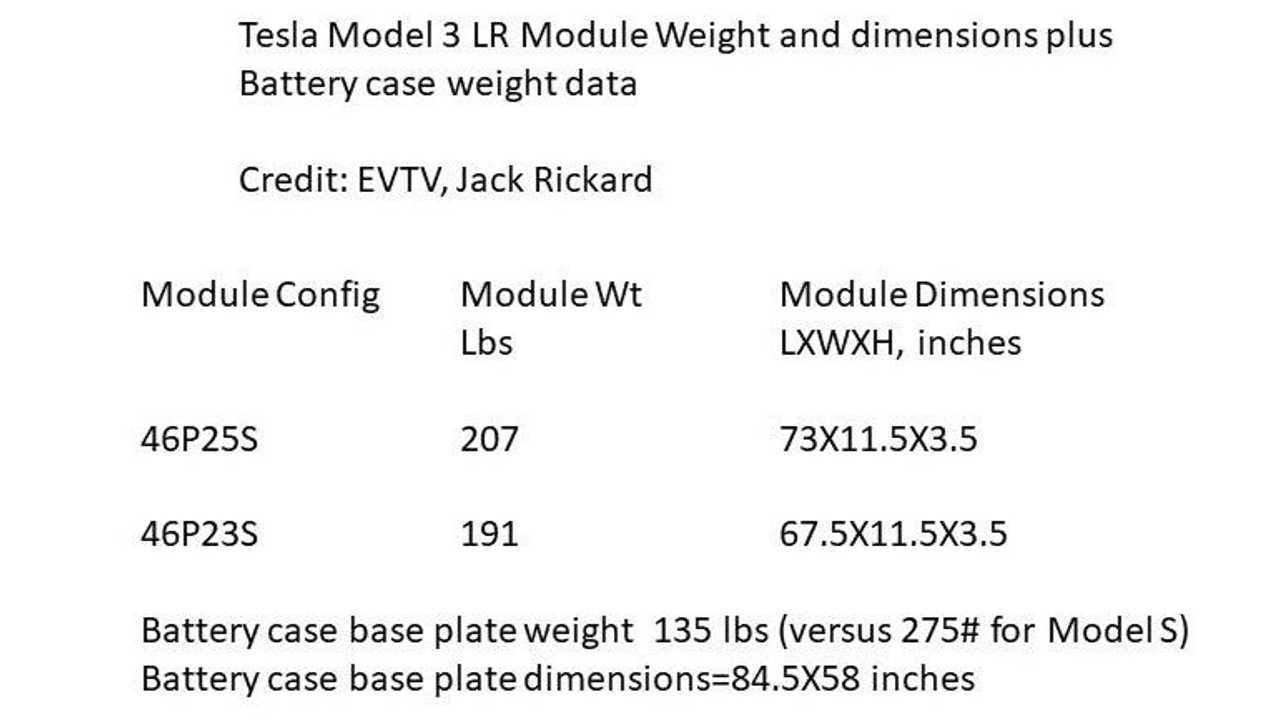 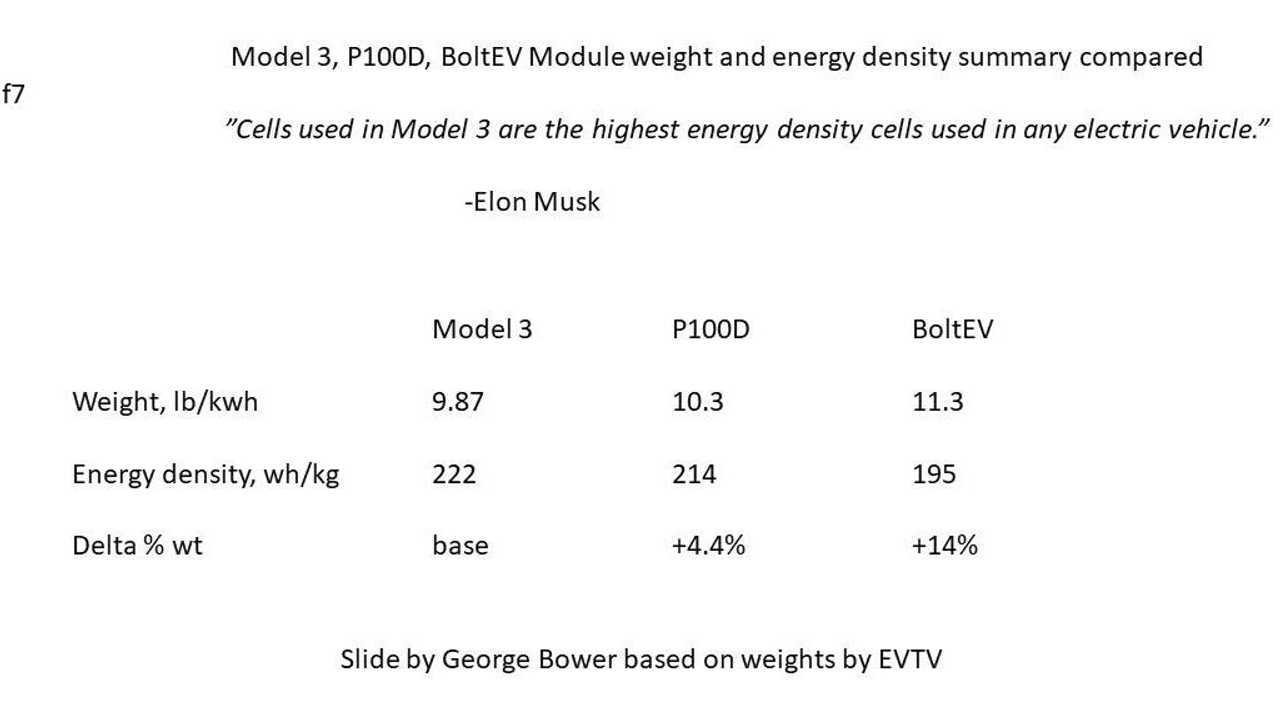 If you wish to look at the detailed calculations, they are shown below. 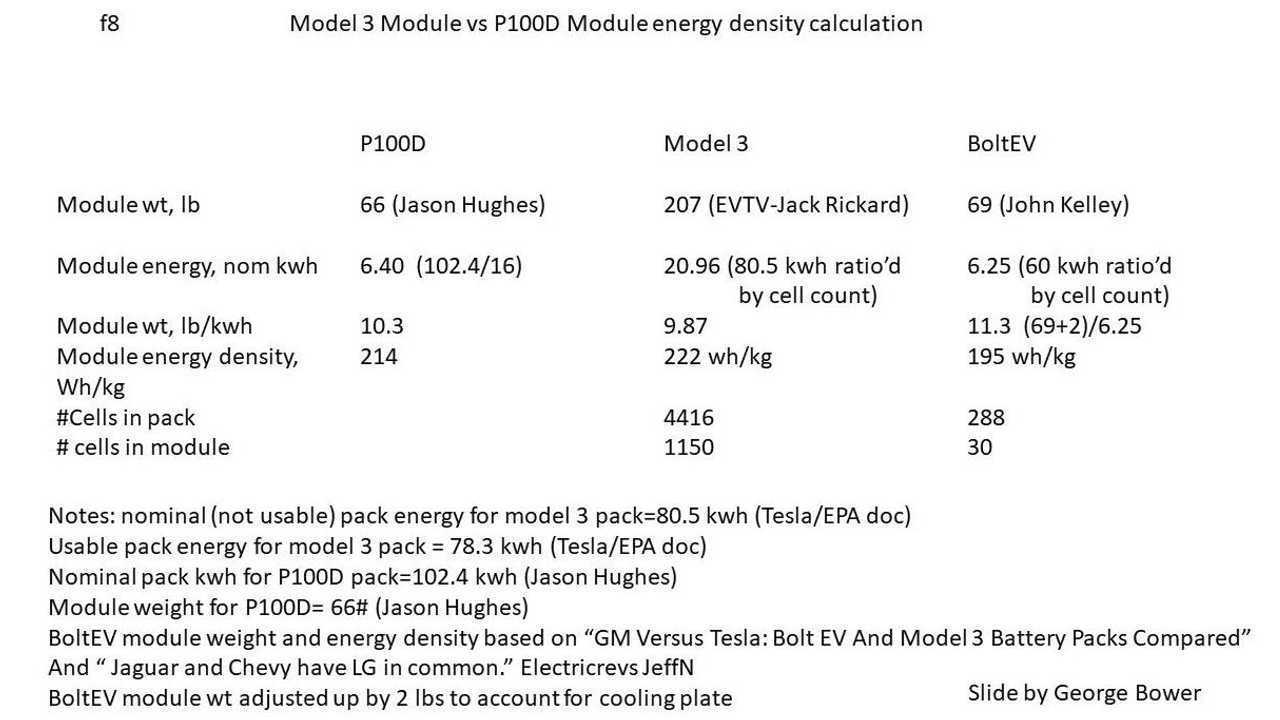 The whole module is held together with “sil gel”

The whole pack appears to be filled with some sort of “sil gel” (term used by Munroe and associates) and not designed to be taken apart.  Model S modules were not designed to be taken apart either. They were held together with a clear epoxy at the top and bottom of the cells but the epoxy did not permeate the whole pack as it does in Model 3. The color of the sil gel is different as well. The sil gel in model 3 is a greenish blue color while the sil gel in Model S is clear. We don’t know if this is an “intumescent flame retardant” or not. Jack suspects it is but we have no word from Tesla on it and no data as to the substance’s properties to verify. 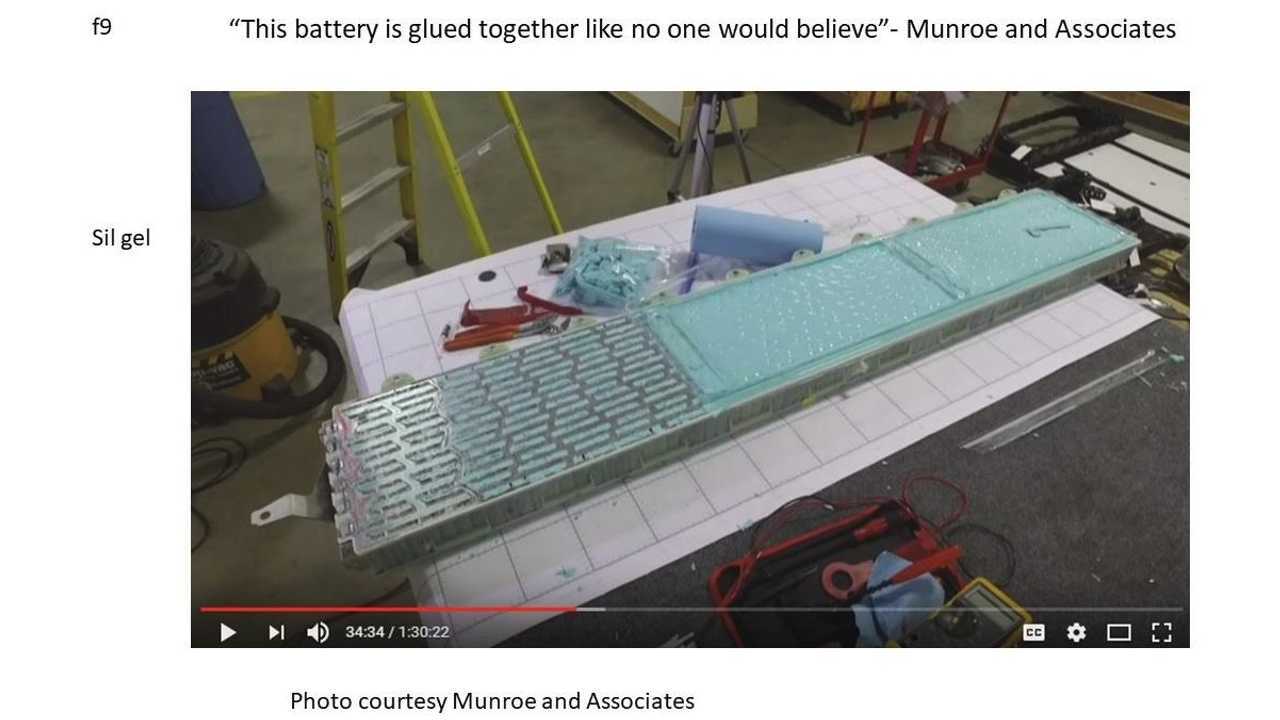 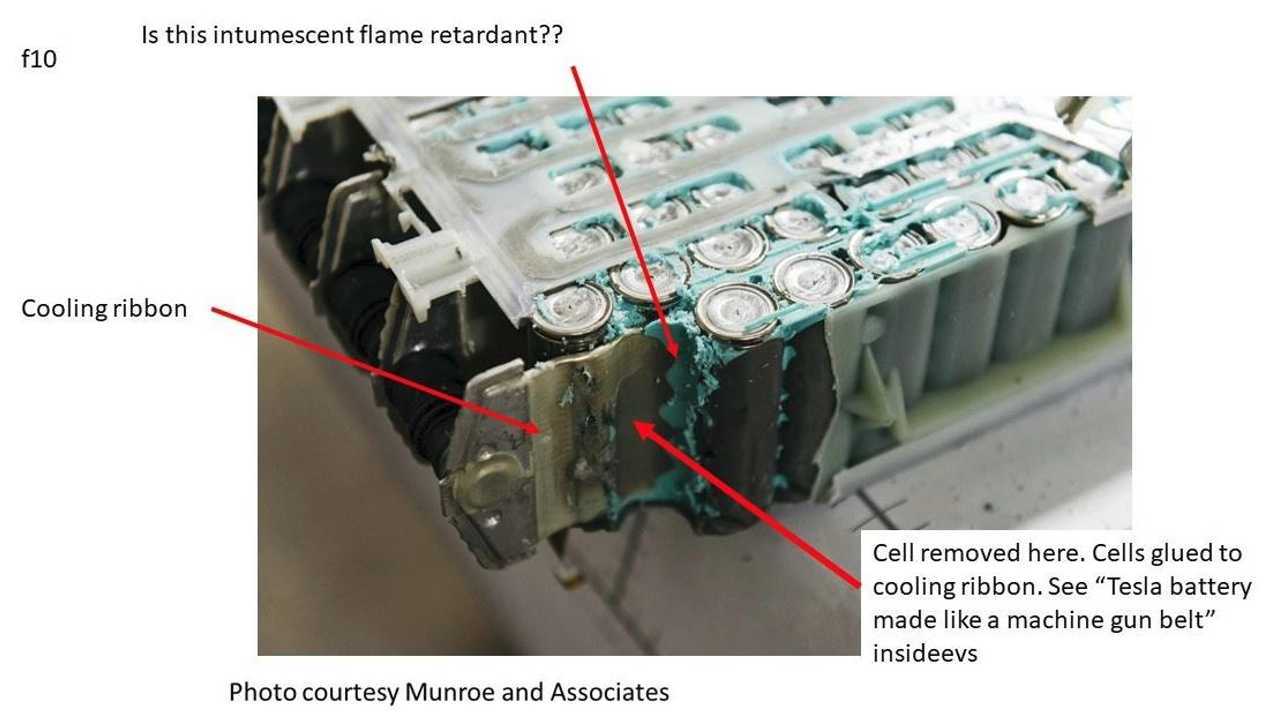 Maybe the intumescent goo has been resurrected and is providing additional fire protection above and beyond the structure?

What do you think? Let us know in the comment section.