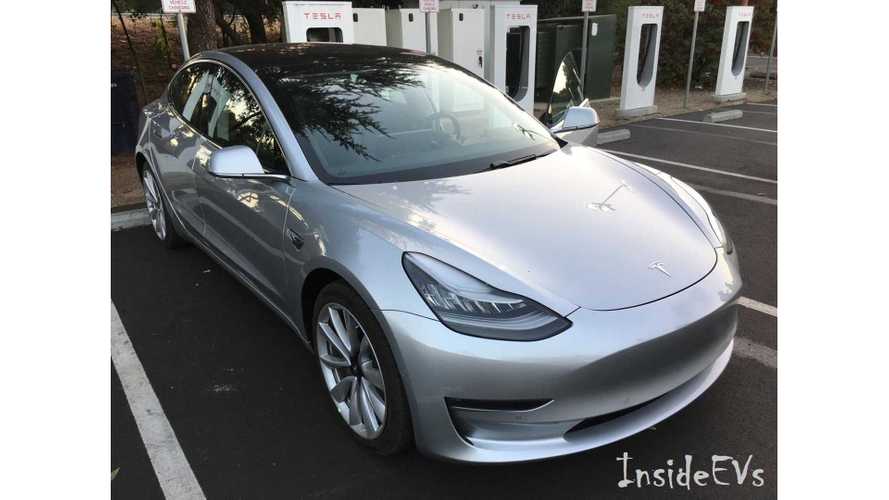 Well, the second Tesla Model 3 hypermiling attempt has come to a close and we're pretty impressed.

Let me just say that Domenick Yoney is officially our "special assignments" guy. However, he was too busy this holiday weekend watching his grass grow, so tuning in to the round-the-clock coverage of this epic hypermiling attempt fell on me (sadly, the paint at my house was all dry, so I didn't have a good excuse). Don't feel bad though, at least I wasn't in the 108-degree Tesla Model 3 with Sean Mitchell and Erik Strait (DAErik) driving in circles for 32 hours.

***UPDATE #3: Here it is folks. Sean Mitchell condensed the entire 32-hour Model 3 hypermile live broadcast into a highlight video that only runs about 20 minutes. If you weren't lucky enough to watch the whole thing like us, you can get a better idea of the story by checking out the video below.

***UPDATE #2: Sean Mitchell reached out to us and shared his recent YouTube video explaining the situation with the hypermile Model 3. The battery is just fine, the car is back in the owner's hands, as Tesla found and fixed the issue quickly and free-of-charge. Just as some pointed out in our comment section, the 12-Volt battery died and that's why the car wouldn't charge. Check out the video below for the rest of the details.

***UPDATE: We reached out to Sean to see if more details were available yet. It seems that they don't have any answers, but the car is currently being towed to a Tesla Service Center:

Getting our hypermile #Model3 towed to the Service Center. After leaving it charged overnight at a Supercharger it is still not taking a charge. @teslainventory pic.twitter.com/QicQbnnWrF

The guys found a route near Denver, Colorado with only a 10-foot elevation change. It was essentially a one-mile loop in what appears to be a hotel park near the Denver International Airport. So, they just drove around the block at some 20 to 30 mph until the battery died. Let me tell you, it was fascinating to watch. Domenick should be jealous, since we're sure his grass didn't grow very much during this attempt.

The guys were not only out to beat Sean's previous Model 3 range record (which we believe was the only record before now), but also to set a new production EV range record by beating Tesla Owners Italia's 670-mile Model S 100D feat. They were hoping to earn a spot in the Guinness Book of World Record.

The pair started in the late afternoon on Friday, May 25. They stopped minimally to use the bathroom, but otherwise, kept driving. For food and beverage pickup, they used a fishing net and had their friend David throw the goodies into the net as they drove by. It took them a total of 32 hours and they hit 606.2 total miles.

Weirdly, the car was showing a lower percentage than expected and died at 66 kWh instead of 75. Additionally, when they were done they ran into difficulties charging the vehicle.

When we have more information, we'll update this post.

Hey @elonmusk, @teslainventory and I figured out how to catch @Chipotle burritos on our #Model3 hypermile attempt without stopping. Perhaps you should hire us as interns for @SpaceX. ? pic.twitter.com/8nRfJAQro0

Final #Model3 hypermile numbers from @teslainventory and I: 606.2 miles (975 km), 66 kWh, and 110 wh/mi, and 32 hours of driving. At its peak it was 108F in the cabin with no a/c running. Thank you @Tesla and @elonmusk for making such an incredible piece of machinery! pic.twitter.com/Z1LJk4Ligk