Tesla Semi Will Transport Cargo Between Fremont And Gigafactory 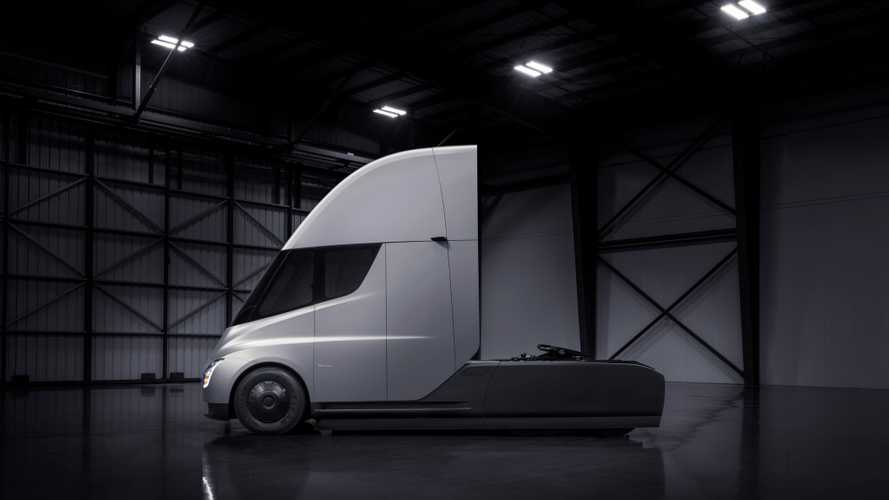 The Tesla Semi will begin to prove itself by hauling loads between the automaker's factory in Fremont, California, and the Gigafactory near Reno, Nevada.

The four-hour trek from Fremont to Reno (~260 miles) is a monumental expense for Tesla. It's also something that's unavoidable since the two factories work hand-in-hand to build Tesla's vehicles. This is especially true with regards to the Model 3, and the Gigafactory was discovered to be the site of a bulk of the "bottleneck" issues. Having a reliable and regular form of inexpensive transportation between the two sites is key.

Tesla may have planned the electric semi partly for its own benefit. However, once other companies see its successful deployment, it should increase its appeal. Musk has made comments in the past about the pain and expense of moving loads between the two factories, and when batteries are involved, we're not talking about light loads here. Now, Tesla will be able to do it much more cheaply, and without tailpipe emissions.

Jerome Guillen, Tesla's VP of Trucks, confirmed that the automaker will be utilizing the semis to move cargo between the two sites. Guillen was speaking about the Tesla Semi at a recent conference in the Netherlands. He shared (via Electrek):

"We will use our own truck to carry cargo in the US between our different facilities. We have an assembly facility in California, the Gigafactory in Nevada, so we will use our trucks to carry things in-between.”

In a perfect world, the electric semi could pull off a round trip on a single charge. We're pretty sure this won't be the plan. Charging at the Gigafactory would only be smart. However, the truck can pull a full load 500 miles, so the actual range would depend on many factors, and mostly, the weight of the load.

Tesla has already been testing the semi in the immediate area, and perhaps even on the specific route. Additionally, trucks were tested for platooning and self-driving. At the recent semi-reveal event, figures were shown stating that a three-truck Tesla Semi platoon will undercut diesel costs by nearly half.