Mercedes-AMG Project One Reservation Up For Sale For $5.2 Million 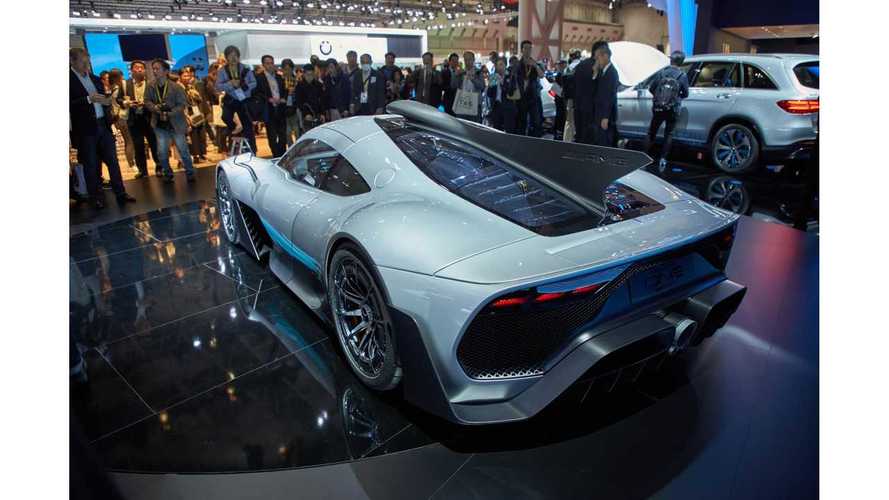 Would you be willing to pay more than double just to get your hands on one?

Only a few lucky enthusiasts with very deep pockets will be able to get their hands on the all-new Mercedes-AMG Project One when it goes on sale. With a production cap of just 275 units, and a price tag of approximately $2.7 million, it’s one of the most limited plug-in supercars on the market – not to mention that all examples have already been accounted for.

But at least one person on Mercedes’ short list has decided that they don’t want the car at all. Instead, they’d opt to try and cash in for nearly more than double what the supercar is actually worth. On the German marketplace Mobile, a listing for a Project One build slot is up for sale for a cool $5.22 million (€4.51 million).

Admittedly, this isn’t the first time we’ve seen someone try to flip their build spot for double the profit. Porsche, Ferrari, and even Aston Martin customers have all been caught in the act. But some companies are standing up to flippers.

Aston Martin CEO Andy Palmer, for example, has made it perfectly clear that anyone looking to flip their Valkyrie build spot for cash will be barred from buying any limited Aston Martin products in the future. The statement was in response to a similar listing for an Valkyrie build slot that was listed for a €3,300,000 ($3,825,000).

For now, Mercedes hasn’t said anything about owners – or this owner in particular – looking to flip their spots for a profit. Given that the listing notes a specific dealership near Munich, DI Automobile, it’s safe to assume that Mercedes may be reaching out in hopes of dissuading the client from doing so.

For what it’s worth, the Mercedes-AMG Project One is a plug-in offering that actually has two electric motors, the first is for the turbocharger’s spooling, but the other is linked straight to the crankshaft to help give the Mercedes some instant zip…and also lets the driver get around on just electricity alone if so desired – at least for about 24 km (15 miles) or so.

The total output of the high-powered hybrid engine is more than 1,000 hp (745 kilowatts), giving it the ability it to accelerate to 60 miles per hour (96 kilometers per hour) in just 2.7 seconds, and continue on to a top speed of 217 miles per hour. So sure, cash may sound enticing, but so does that.

Source: Mobile via The Drive