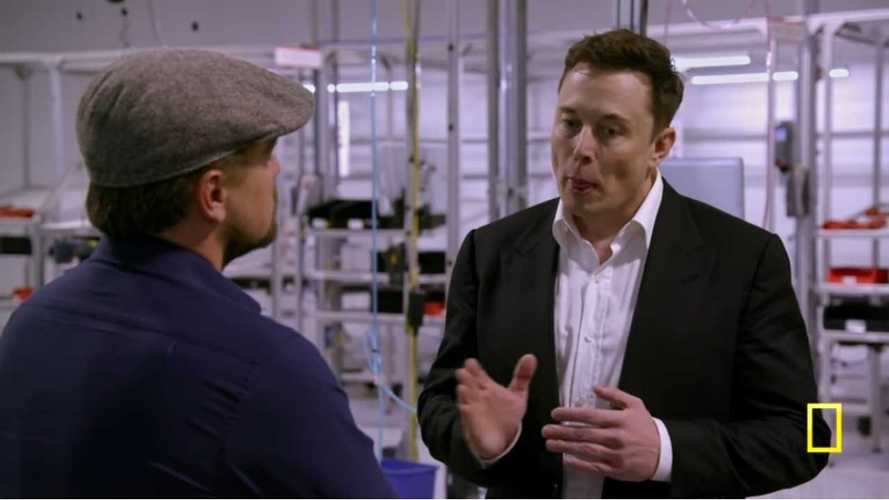 Tesla Motors' CEO Elon Musk is recognized around the world as a "a modern visionary deserving of all our respect." That's what the India Times recently reported as they compared Musk to other tech icons. "The late Steve Jobs of Apple, Bill Gates of Microsoft, Sergey Brin and Larry Page of Google, and more recently Facebook’s Mark Zuckerberg have all discussed their vision of the world. They all believe(d) in technology as a force multiplier, something that’s crucial to shape our collective future. But, with due respect to everyone mentioned above, Elon Musk is cut from an altogether different cloth."

Why? "The inspiration behind Iron Man’s Tony Stark persona and currently the 117th richest person in the world with a $10 billion net worth (according to Bloomberg), not to mention with an ex-wife as good as English actress Talulah Riley (of HBO’s Westworld fame), Elon Musk's an entrepreneur who has founded (and is running) a lot of innovative companies of our time — Tesla Motors, SpaceX, OpenAI, and SolarCity — that are inventing or mass producing tech-fueled solutions to some of humanity’s biggest 21st century problems... (and that's) why we all owe our allegiance to Elon Musk!"

Above: A 90-second look at Elon Musk’s rise to fame (Source: The Telegraph)

And UK's Telegraph also just featured Musk (see above) in a recent series celebrating icons in the tech sector. The Telegraph reminds us that long before Tesla and SpaceX, "The South African-born entrepreneur immigrated to Canada ahead of his 18th birthday and later moved to the US. He began a PhD in applied physics and materials science at Stanford University but dropped out after just two days to set up his first company, becoming a millionaire by the age of 28." For innovators to learn more from this inspiring figure, the folks over at Innovation Excellence* highlight three key insights from Elon Musk...

Elon Musk is not interested in just starting successful companies. He has a vision of space exploration for the benefit of mankind. He wants to find radically new and cleaner ways of transporting people. In his own way, he wants to use science and entrepreneurship to make the world a better place. He has set out to make a big impact. If you have a big vision then it can inspire people and give you and your team a stronger sense of purpose and value.

Tesla Motors sells direct to end-users. It has ‘galleries’ in shopping malls rather than expansive dealer showrooms. It makes all its patent innovation transparent and available to others. It is refreshingly different from conventional car companies and this increases its appeal to people who want an unconventional and cleaner car.

Use one success to build another

Elon Musk did not settle back after selling his first internet start-up. When he made his first millions he did not retire to a villa on the beach. He used his early successes to fuel his big ambitions. If you have an early victory then use it as a platform for further bigger and bolder ventures.