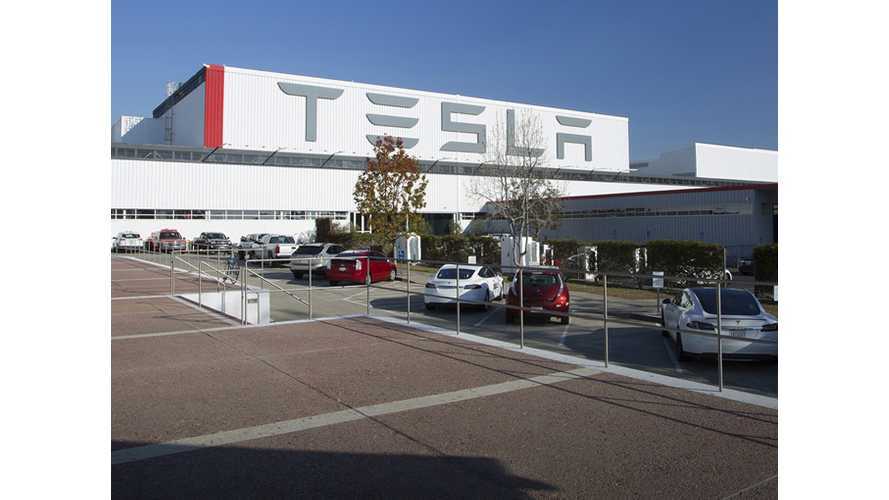 Pacific Crest analyst Brad Erickson recently toured the Tesla Fremont Factory. Following his visit, he informed his clients that the company seems to be on schedule with Tesla Model X production. He also saw confidence in the new direction following the initial quality concerns.

Tesla will exit the second quarter producing 2,000 combined Model S and X vehicles per week. This puts the company at the 80,000 to 90,000 yearly target. Erickson voiced concerns about the company's spending and is skeptical about Tesla being able to pull off a half million cars by 2018.

Erickson's note to clients (via Barron's):

After a Fremont factory tour and updated channel checks, we are more positive on Tesla in the near term. Our Sector Weight rating still assumes a more-achievable longer-term production ramp and profitability versus the company’s lofty targets; however, solid near-term execution could improve sentiment, causing the market to become less skeptical of these longer-term challenges.

Model X production run-rates are hitting benchmarks. In a tour led by VP of IR Jeff Evanson, commentary indicated that Model X production is ramping in line with Q2 expectations, and we found the tone incrementally more confident regarding potential further quality issues for X.

Company appears to be tracking toward annual delivery targets. With a steep 2H ramp, we maintain that the upside opportunity appears limited; however, if Tesla can exit Q2 at 2,000 cars produced per week (as was the expectation as of last print), it would likely not have to increase much on a per week basis throughout 2H to meet the midpoint of target ranges.

Optimism could rise again, but we remain Sector Weight on more-achievable longer-term targets. While we think the stock’s reaction after last quarter illustrated significant investor skepticism around the accelerated Model 3 production ramp, we believe shares could see further appreciation in the near term on improving sentiment and near-term targets appearing more readily achievable. Over the medium to longer term, however, the size of potential cash burn continues to concern us, and we believe the 2018 plan laid out by management for half a million deliveries could prove overly ambitious and carries with it extreme financial risk if production missteps were to occur again.