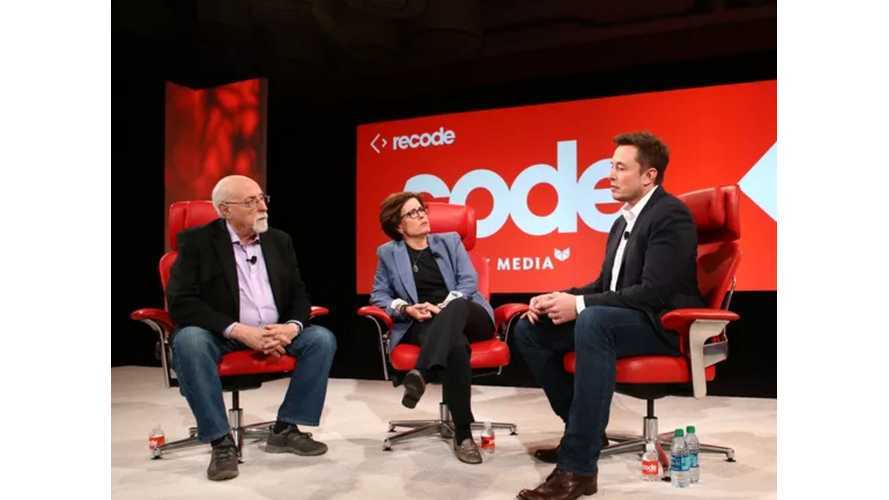 Tesla CEO Elon Musk mentioned Apple and Google at the 2016 Code Conference. He made it clear that he knows that Google will not become a direct competitor, but Apple's Apple Car, although late to the game, will likely attempt to create direct competition. Musk said:

“Google’s done a great job at showing the potential of autonomous transport, but they’re not a car company. So they’d potentially license to other companies.”

“I think it’s great they’re (Apple) doing this, and I hope it works out. It’s just a missed opportunity. It’s a couple years…they’ll make a good car and be successful.”

Musk said publicly in January that he was sure that Apple is working on an electric car. He told the BBC:

"Well, it's pretty hard to hide something if you hire over a thousand engineers to do it. This is an open secret."

The Tesla CEO furthered his faith in Apple's Project Titan venture at the recent conference. Although he did joke as usual that Apple is the 'Tesla Graveyard' and that the company should have started moving sooner and should be moving faster in order to become a threat. He confirmed:

"I'd think there will be volume production no sooner than 2020. Is that too late?"

Apple has been actively hiring for the project and has "poached" quite a few Tesla employees. Some, of course, possibly recruited away from the company while others were hired not long after leaving Tesla. Reports say that over sixty former Tesla employees are now employed by Apple. Other reports state that Apple offers a $250,000 signing bonus and a 60% salary increase to Tesla employees coming over. The siuation goes both ways. Tesla has at least 150 former Apple employees on staff.

Musk has been quoted many times saying:

"They have hired people we’ve fired. We always jokingly call Apple the 'Tesla Graveyard.' If you don’t make it at Tesla, you go work at Apple. I’m not kidding.”

Musk assures that Tesla is well on its way to supreme successes. On top of being known as the company that has pulled off the long range, all-electric car, autonomous technologies are quickly becoming key for Tesla. Mention the 400,000 reservations for the Tesla Model 3, its first vehicle for the masses, and the company's impending success seems surely imminent. Musk said:

“I think we have all the pieces and it’s just about refining those pieces, putting them in place, and making sure they work across a huge number of environments—and then we’re done. It’s a much easier problem than people think it is.”

An Apple Car in 2020 assumed by Musk or not, Tesla will still be the "first" and "foremost". Let's see if Apple can move forward and create some much needed "real" competition for the Silicon Valley OEM. Healthy competitiveness hopefully only leads to a better end product for both.