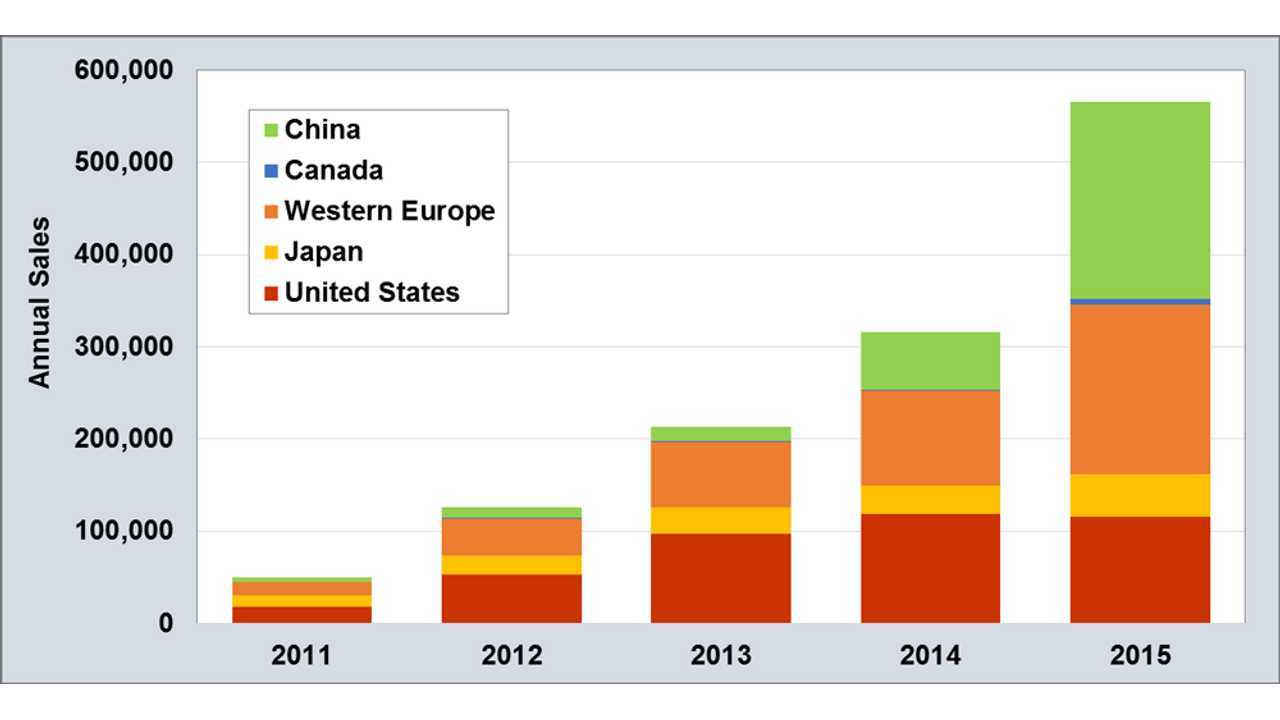 Thanks to Argonne National Laboratory (via U.S. DOE Office of Energy Efficiency & Renewable Energy), we can take a look at the progress of plug-in electric vehicles sales globally from 2011 through 2015.

Interesting is the different approaches of each of originally largest markets. In 2011 U.S., Japan and Europe began on similar level, while China was significantly behind.

Since then, U.S. market grew for awhile, but stumbled in 2015 thanks to a disturbance in the product pipeline of former best sellers (Volt/Prius PHV/LEAF) and a lack of new offerings, allowing both Europe and China (even moreso) to leap ahead; Japan also wasn't able to sustain its sold start being even more reliant of the likes of Japanese-based plug-ins.

Strong growth is expected in 2016 in most regions, with the China leading the way, but also with the US getting back on track.  Europe overall's growth is expected to slow, at least in relation to 2015, due to changes in some incentive situations at the country-level that caused surges in 2015 (and a subsequent drag heading into 2016)

"Although plug-in light vehicle (PEV) sales in the United States declined by 3% in 2015, sales in China more than doubled, surpassing all other countries in the number of PEVs sold. Western Europe as a whole had the second highest volume of PEV sales in 2015 and saw an increase of 80% over 2014. Though Japan and Canada had lower sales of PEVs by volume, they both had significant increases in PEV sales from the previous year. In 2011, global PEV sales were just 50,000 units. years later, global PEV sales have increased more than ten-fold to over 565,000"

"Notes: Japan data are estimated based on sales reported through August 2015.

These countries/regions account for about 95% of global PEV sales."