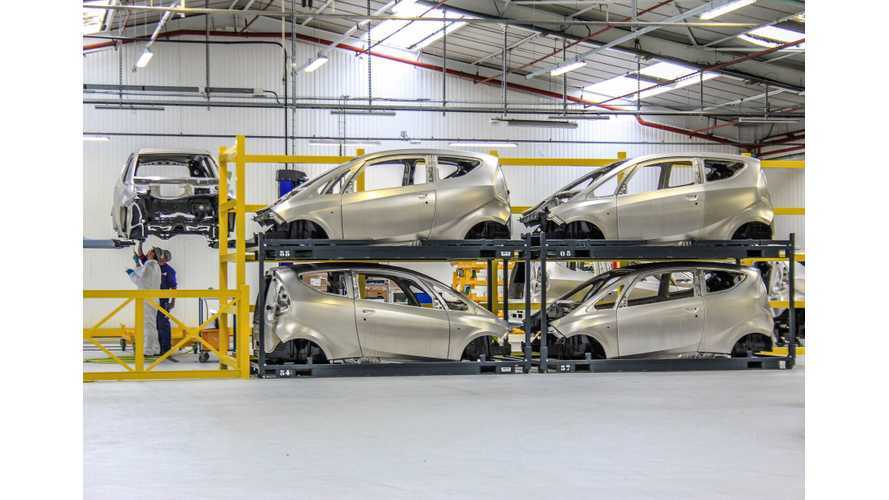 Bolloré and Renault began joint production of Bluecars in Renault's plant in Dieppe in northern France.

Earlier Bluecars were assembled in Italy, but the move to France was one of the topics of the partnership agreement signed on 9 September 2014.

Up to date, Bolloré delivered over 4,500 Bluecars - most for car-sharing Autolib in Paris.

Bluecars are equipped with a 50 kW electric motor and 30 kWh LMP batteries. Beside the 4-seat city version, there is the 2-seat delivery version and BlueSummer cabriolet.

In June 2015, the Groupe Renault Dieppe plant in northern France starts assembling the all-electric city car Bluecar, from bodies and parts brought in by Bolloré. Groupe Bolloré is phasing in assembly by Groupe Renault of its Bluecar model, previously only made in Italy. At Dieppe, the agreement is warmly welcomed for its positive impact on employment and as a sign of recognition of the plant's capabilities and know-how.

The Dieppe plant, which dates to 1969, specializes in small production runs. It currently makes Clio RS 200 EDC and competition vehicles. A dedicated assembly shop has been set up within the plant to handle the work on Bluecar, and will eventually employ thirty people. This provides Bolloré with access to a modern production system tailored to its needs."

"Bluecar is a great additional business opportunity for the Dieppe plant, and we appreciate Bolloré's trust in Renault Groupe’s capability to meet their exacting quality and response-time demands."