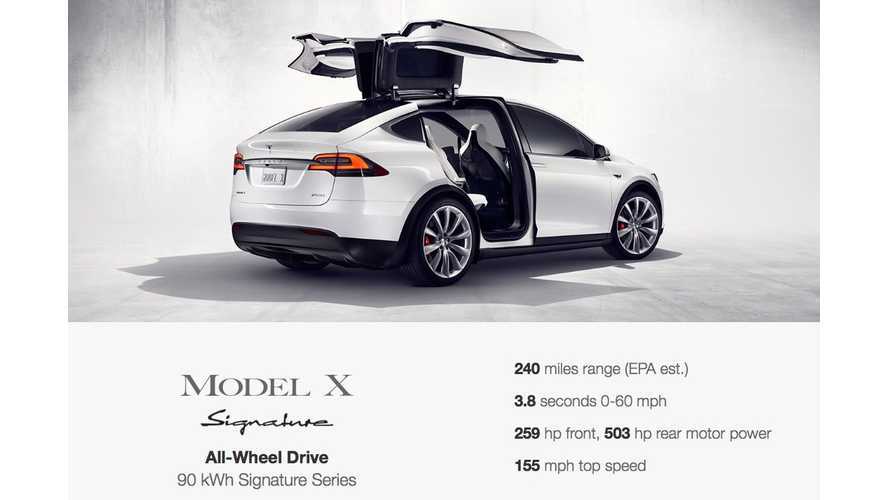 The Tesla Model X design studio opened today for early Signature reservation holders.  And with it, a good bulk of the unknown information surrounding the X was revealed.

Tesla has said  that the early founder series Model X comes with about a $25,000 premium (as per "free Model X" referral program for first customers to refer 10 Model S sales), the Signature series also carries a premium over similar non-exclusive editions.  As a point of comparison, a 'base' P90D will set you back $108,000.

First deliveries of the Model X start on September 29th!

As for the "extra" things the Model X can do - namely towing, Tesla offers an optional towing package for the utility vehicle that is rated for up to 5,000 lbs.

As this is a Signature Model X, additional options are few.

Also there is a "Subzero Weather" package priced at $1,000 adds a heated steering wheel, as well as heated seats in the 2nd and 3rd row.

There is also a fairly lively thread in progress on the subject that we encourage everyone interested to get involved with and check out at TMC.