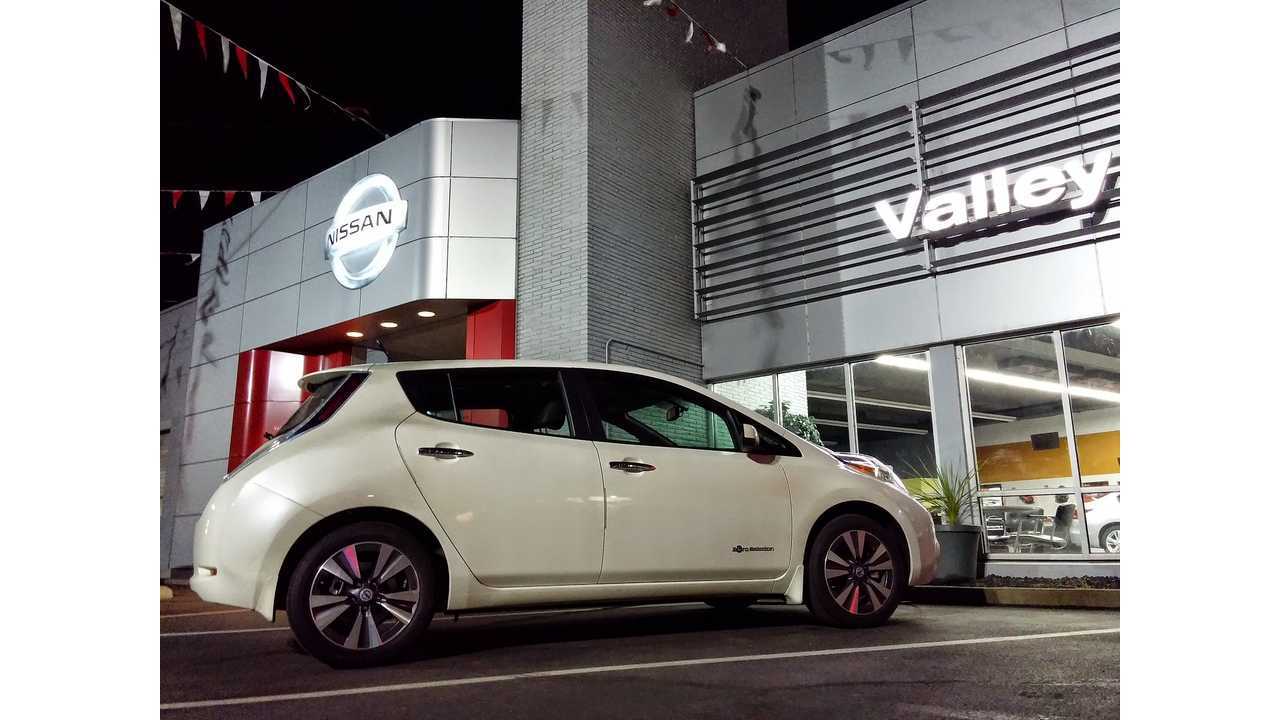 In The Market For A Used Nissan LEAF? Here Are Some Things To Consider In Your Decision Making

I'm in the market for a used Leaf. I classify myself as a Leaf expert having leased a 2011 and now driving a 2013. We're looking to replace another car that is about to be returned at end of lease. There are no shortage of used Leafs being advertised both locally and online. Many of them are being sold at incredibly low prices. I'm seeing plenty in the $12,000 range. 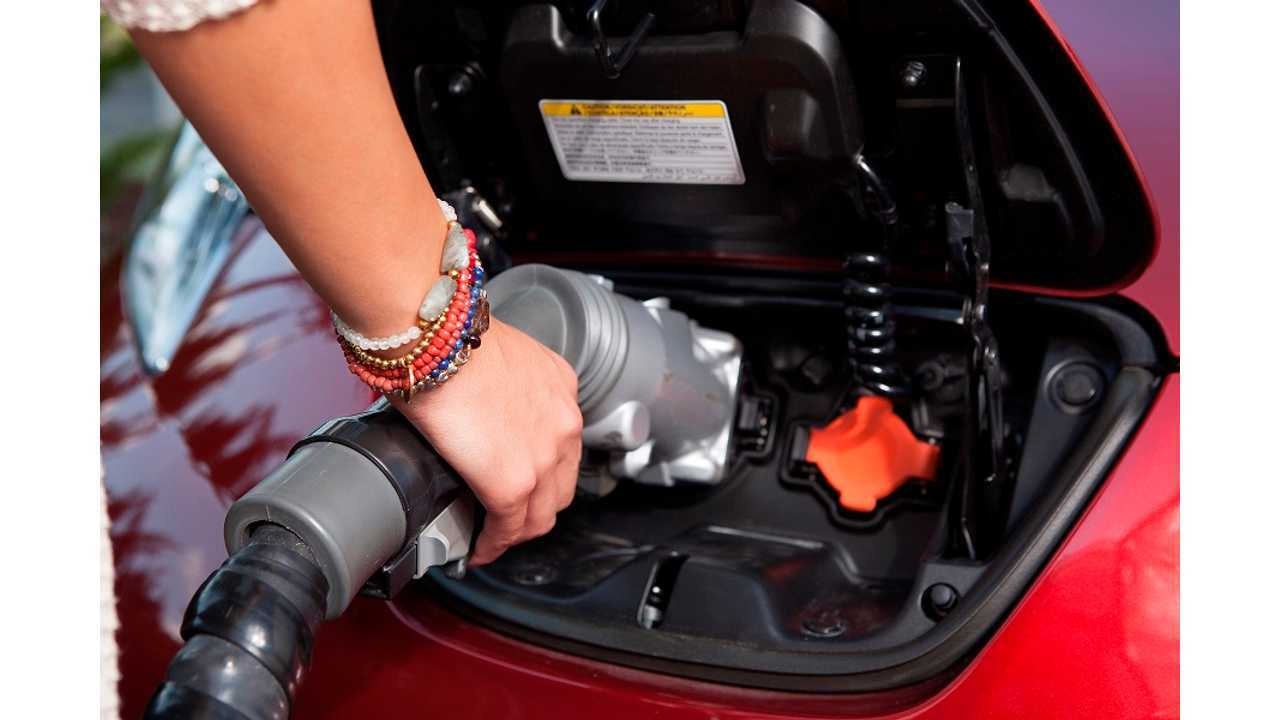 Considering A Used Nissan LEAF? DC Fast Charging Is A Nice Plus

One of the most irritating things about looking at a used Leaf is trying to figure out which important features the car does or doesn't have. For example, they almost never list whether or not it is equipped with a DC fast charge port. That's a very important thing to know. You want to know if it has alloy wheels? No problem. Navigation? No problem. But a DC fast charge port, or a heat-pump? Forget it. And you would think it would be as simple as looking at a photo of the charge ports. But guess what? They almost never show it.

Most likely the reason for this is that the salespeople are just not familiar with the car and don't realize that a DC fast charge port is important. And I guess taking a photo of the charge port would be about as odd to them as taking a photo of the gasoline inlet for a regular car. I have tried emailing and calling people, but that almost never does any good. They don't know how to tell, and even if you explain it they usually won't go look at the car and get back to you. In fact, most often what I have gotten has been a form-letter reply stating a list of the standard equipment on the car. It's usually the exact same information that was already stated in the original advertisement. In fact, one went so far as to reply with the standard features and then added this little tidbit as an incentive to get me more interested:

"We have performed the following as an added value of $243.90 to this vehicle: Completed the North Carolina Safety/Emissions Inspection, New oil and filter, New windshield wiper blades and New air filter."

So I've compiled this list of useful information should you be in the market for a used Leaf. I'm going to cover some of the stuff that the used car dealers won't or can't tell you.

The first thing is how to tell if the car has a DC fast charge port. Now, while they never seem to show photos of the charge port, they do often show photos of the engine compartment. Some clever people over at mynissanleaf.com pointed out to me that you could tell by looking at the orange charge cables. So I created some photos and labeled them to help you figure it out. Obviously, if the car has 3 orange cables, then it is equipped with fast charge. If it just has the one cable, then it does not. 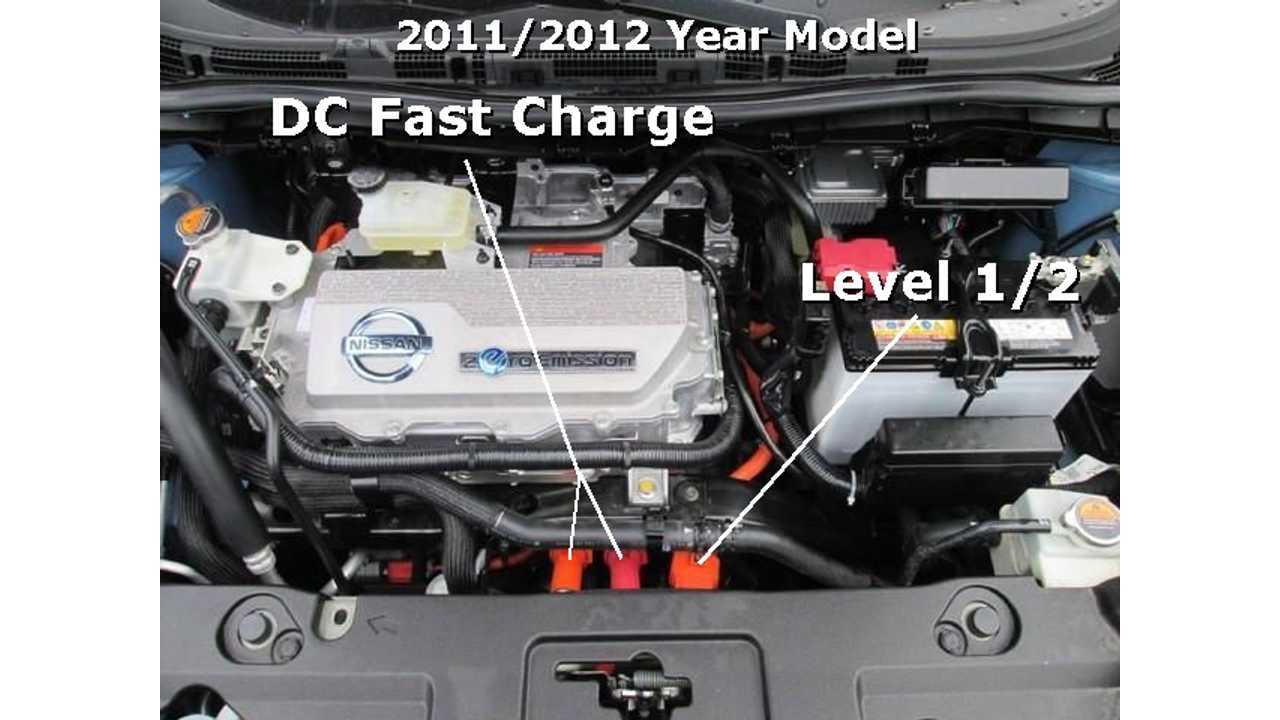 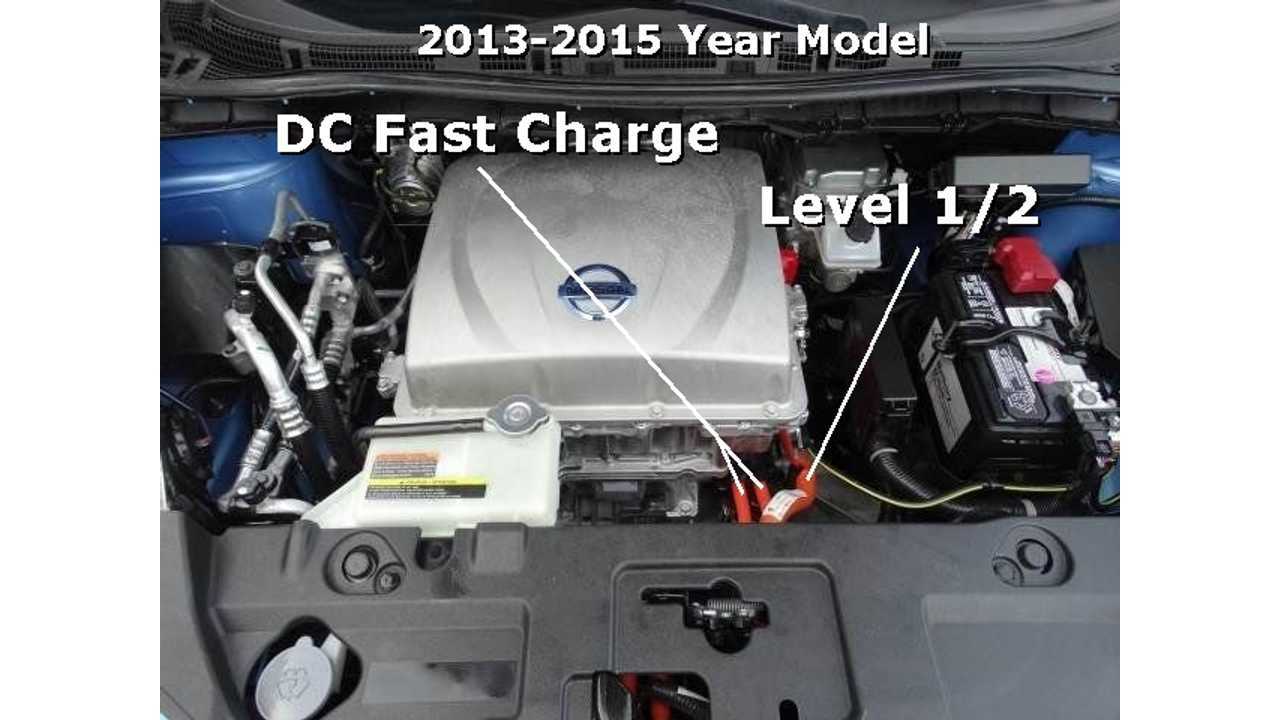 If no picture of the charge door or engine compartment is available, then there is still one other way to possible way to tell. Some versions of the Leaf are guaranteed to have a fast charge port based on the year/model combination. Let's examine some possibilities.

•SV Model - Forget it. Was not offered with a DC fast charge port. •SL Model - Optional. May or may not have it.

So, if you find yourself looking at a 2013-2015 SV model there is a sneaky way to figure it out. Check the headlights. Apparently the package that added fast charge in this model also added LED headlights. See photos 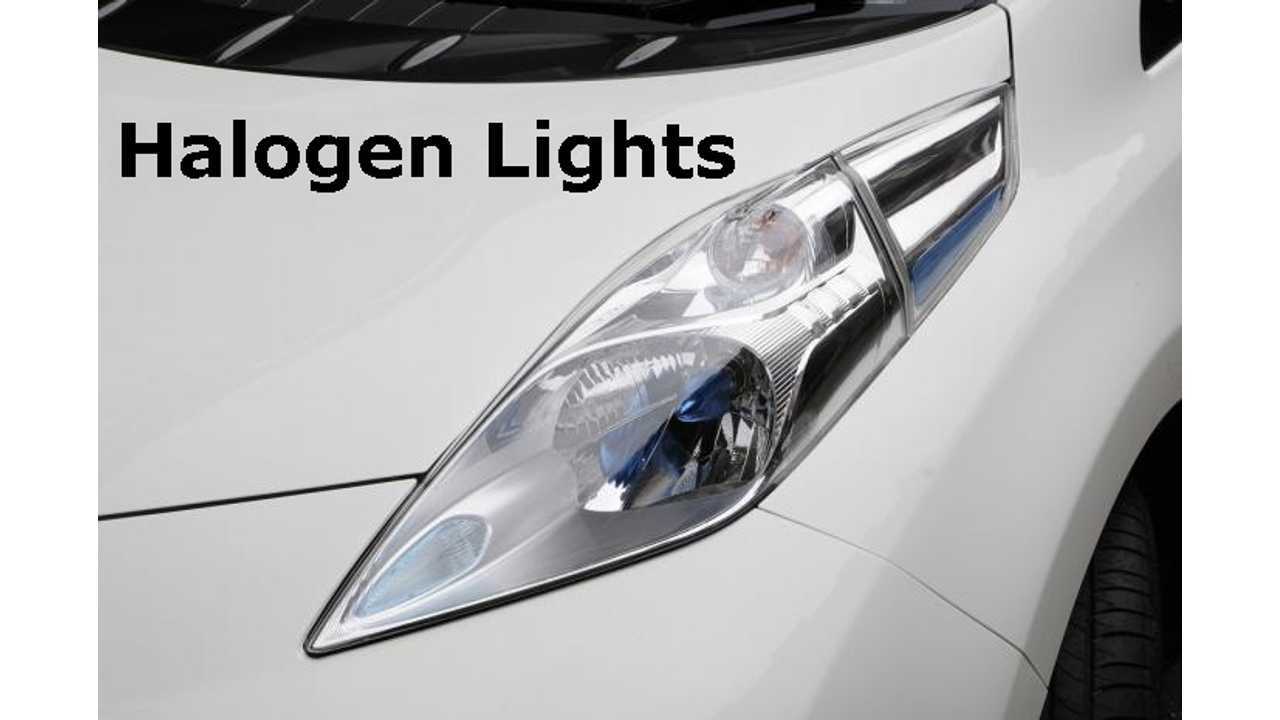 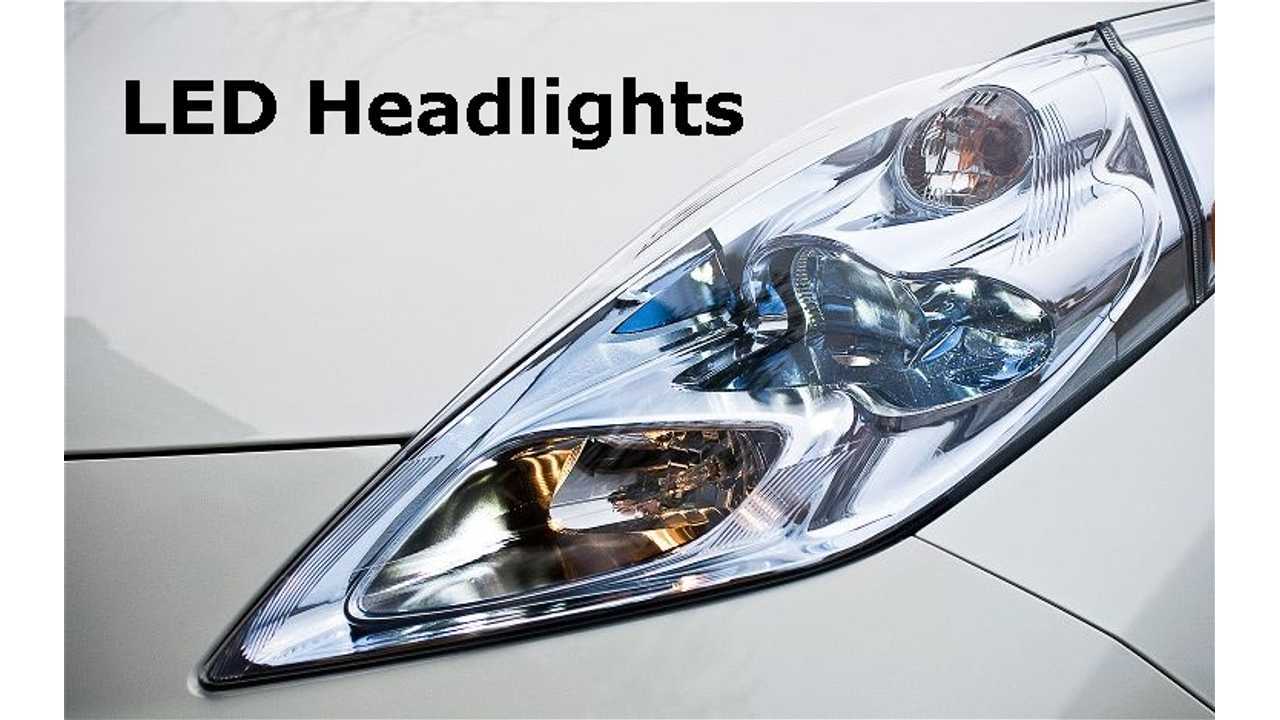 OK, so another pretty important feature is to know about the regular onboard charger too, not just the DC Fast Charge. On the leaf it can be a 3.3KW or a 6.6KW. The difference basically is that the 6.6KW charges twice as fast from a regular 240V station, reducing the full charge time down to around 4 hours instead of 8. So, here's how to tell which models have this.

Some Leafs have a resistance heater and some have a heat pump. The obvious advantage to the heat pump is that it uses much less electricity to keep the car warm during the winter.

The battery pack is obviously one of the most important things about a Leaf. There have been significant changes made over the years. It's important to know what you are getting. 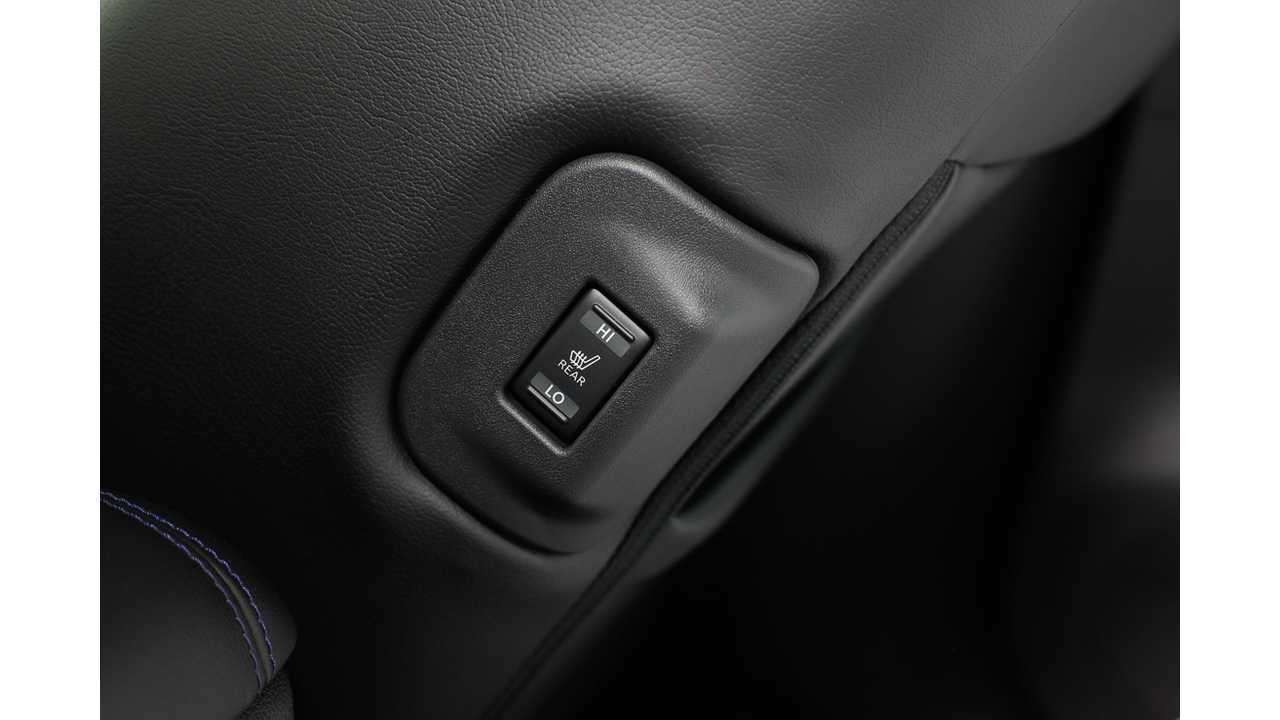 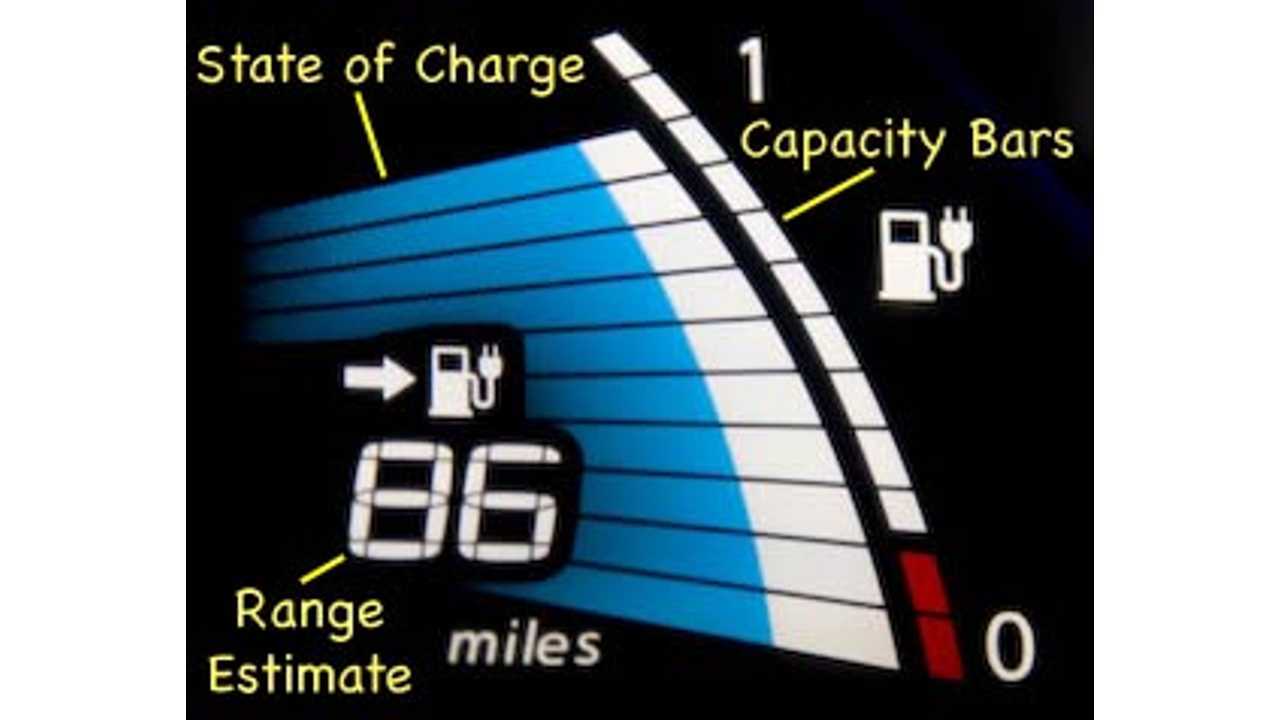 Let's talk about Nissan Leaf battery packs for a moment. The first two years on the market, there was quite an uproar over the battery packs losing capacity over time, especially those located in hot climates like Arizona, Texas, Florida, Nevada, and Southern California. Any battery will lose capacity over time, whether it is in a car, phone, or laptop. This is to be expected. But the Leaf's battery was degrading much faster than anticipated in these hot areas. So after 2 years the car's rated range may drop from 85 miles to 65 miles.

Nissan said they would work on a new chemistry to prevent this from happening. Officially this new chemistry was used in 2015 year model Leafs. However, we've learned that many 2014 year models may have included this too. In fact, some are now speculating that they've been using the new chemistry since 2013 and just didn't tell anyone, in an attempt to study how effective it was. 2013 Models seem to be holding up much better than previous years. 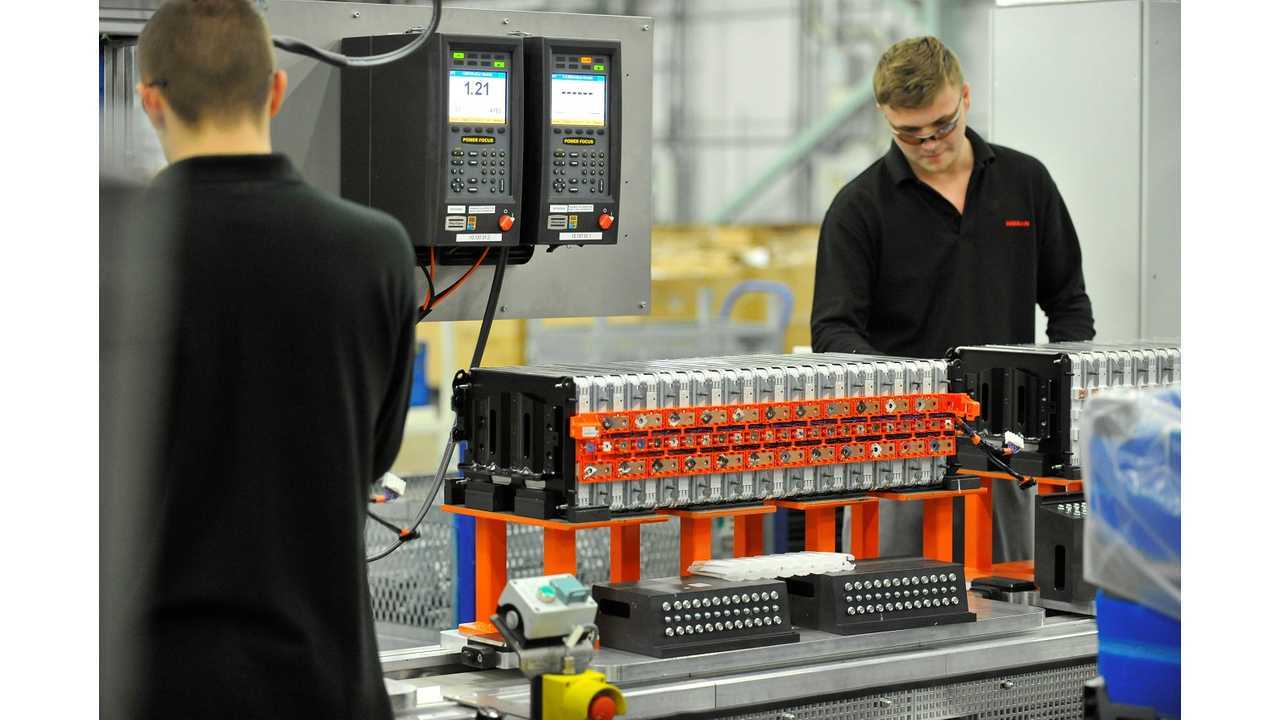 So, it's sort of important to check for battery degradation before buying the car. Check out the image above. What you're interested in are the "capacity bars" over to the far right. A brand new battery will show 12 bars. A highly degraded battery might only show 9 or 10 bars. It is important to note that any 2011 or 2012 Leaf should be expected to have some degradation by this point, especially if located in a hot climate. If you are looking at a 2011 Leaf in Arizona and it shows 12 bars then you need to be a bit suspicious of the dealership. There have been stories of the dealers resetting the computers, causing them to show all 12 bars again for a few days or weeks. As the computer figures out that the battery doesn't have the capacity it should, it will start dropping the bars quickly. So unless the battery has been replaced recently, I would be highly suspect.

It is also important to know a few things about Nissan's battery warranty. If the battery drops below 9 bars, Nissan will replace the battery under warranty. Generally, you can be expected to receive a brand-new lizard battery at this point, although that is not guaranteed. So if you buy a used Leaf with 9 bars showing and there is still a lot of warranty time remaining, you may be getting a great deal because you'll get a brand-new battery. There's another caveat though. There was a class action lawsuit over the battery pack. Some people (very few) opted out of the lawsuit. As a result, those car's VIN numbers were marked in the system to have no capacity warranty. We presume this issue stays with that car forever. Only a Nissan dealer can check the battery warranty status. So if you are thinking that 9-bar Leaf looks great because you'll be getting a new battery, you might want to check the VIN first, before buying. 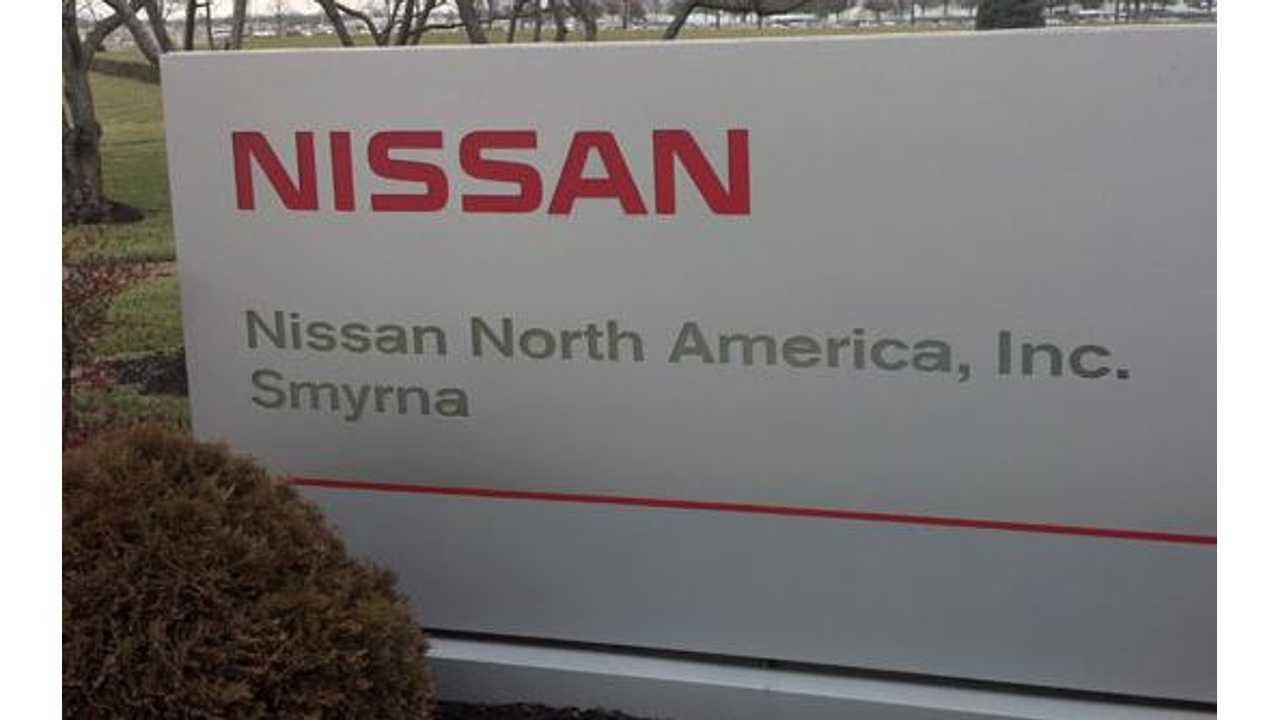 Starting In 2013, All LEAFs For The US Are Made In America At Nissan's Smyrna, TN Facility

I just want to point out a few things about the 2013 Leaf. Although the body style did not change, almost everything else changed for the 2013 models. Everything under the hood is different. Also the 2013 Leaf was built in the USA (or in the U.K. if you live in Europe) where as all 2011/2012 models were made in Japan. So far there haven't been any real reliability differences between the vehicles (other than the battery which we already discussed) but here are some of the big changes that may interest you if you are comparing a 2011/2012 vs a 2013 or newer.

•Introduced availability of heat pump. •heated steering wheel •created a new base model (S-Model) with halogen lights, no navigation, and steel wheels (with hubcaps) •added a true state-of-charge display to the instrument cluster. •changed the eco-mode and split it into two separate settings Eco and B-Mode (for heavy regen) •removed the giant "hump" in the cargo area, giving the 2013 model much more cargo area. •added option for 6.6Kw onboard charging.