When that Volkswagen range extender kicks in, this Mitsubishi i-MiEV most likely becomes the dirtiest electric car out there, but still we love the creativity that went into this project.

What we wonder is whether or not this range extender can charge to i-MiEV (via hack) on the go or if the tiny EV has to be parked to get juice from the VW engine.

Sadly, there are not details available on this one-of-a-kind project and we've been unable to contact the owner of this trick setup.

Update: The owner Jray3 has posted details at myimiev forums (thanks to InsideEVs community member Dan for the heads-up!):

So I got my pusher registered last week, no problem at all registering a homebuilt with a California title.

I removed all the ugly old wiring back to the original harness connectors and went forward from there, so the lights are now nice n bright. I cranked the throttle wide open and did a test commute today, starting at 60% SOC and finished up at 80% after 18 miles, pushing in third gear and lugging the dead engine through a small town and other semi-civilized areas. Being "lugged" with the ignition switch off lets enough fuel vapor into the muffler for impressive backfiring, even with a fuel shutoff solenoid (that I'm told disables only the main jet, not the idle jet). (Yes that would probably make mine the most-polluting hybrid of our modern era!)

Otherwise, not a hint of overheating or other issues with the engine. Lugging it without firing certainly cools it down in a hurry! I'm also surprised by how little drag is added by lugging the engine. Once it starts spinning, it just smooths out the trailer ride at the cost of a 'few' more amps. The engine in fourth spins smoothly down to 8 mph before bucking. In third, it's down to 1 or 2 mph- literally just complains in the last second of stopping. The only time it feels like a conventional bouncy trailer is when pulling it in neutral with the engine stopped.

In third gear the engine has plenty of power to maintain speed on the level while also putting max regen into the car around 35-45 mph. Another test will be to time a pusher-powered fast charge from 20% to 80%!

I've also built a control box for the clutch and throttle actuator, and rather than bothering with limit switches, I've installed an ammeter on the box, thinking to watch for the amps to climb as the actuator motors stall at each limit of travel. Hoping to get that finished up this evening in time for tomorrow night's unveiling at the Seattle EV Assoc. meeting. That'll be the first 'long trip' and my first attempt to track fuel economy. 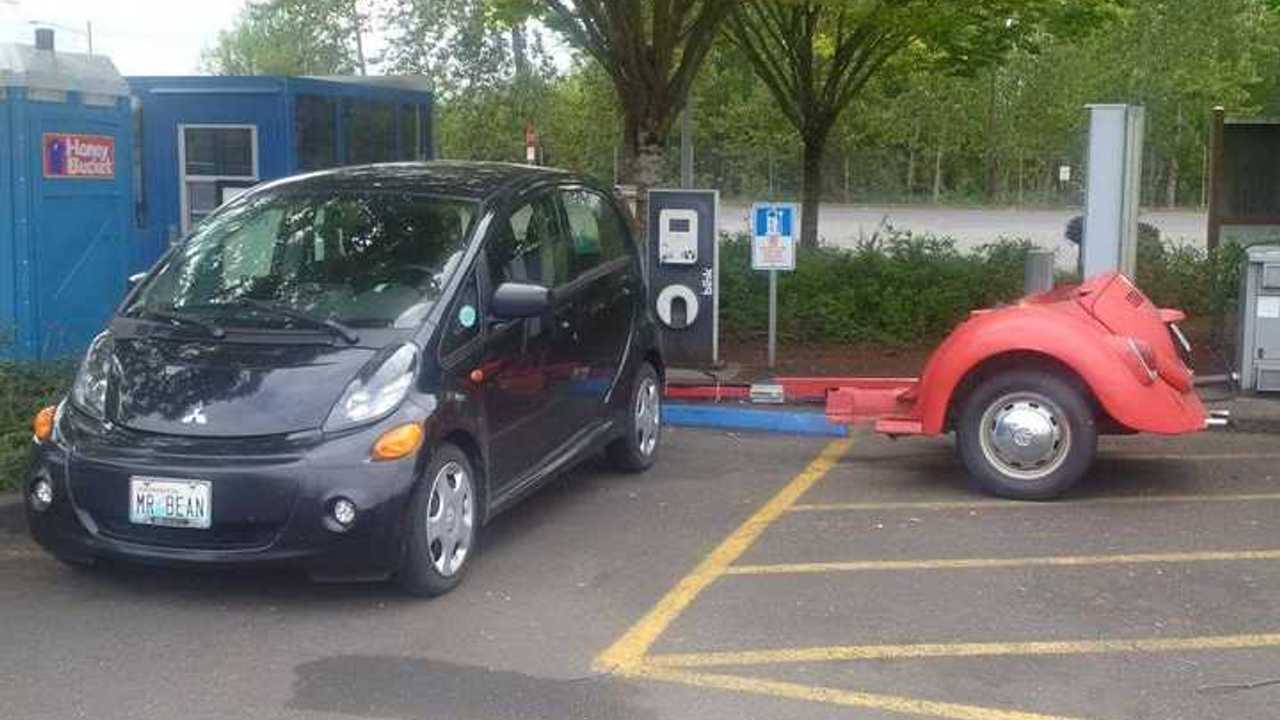 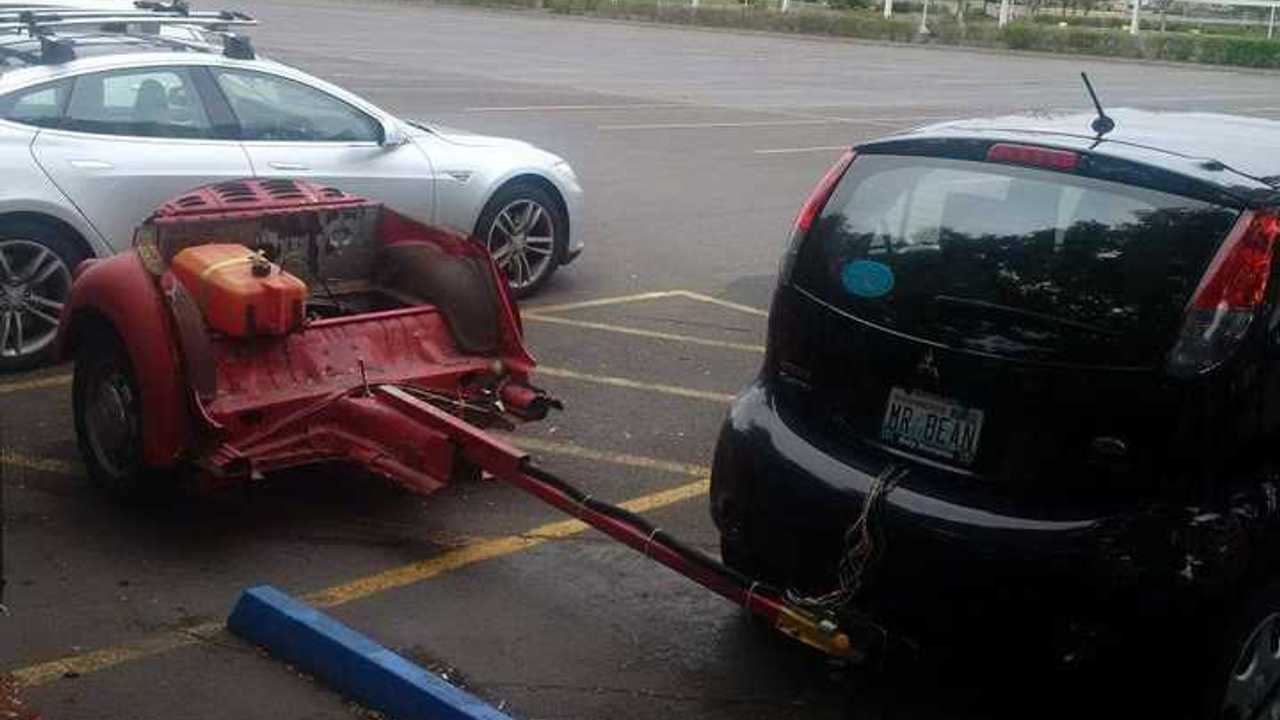