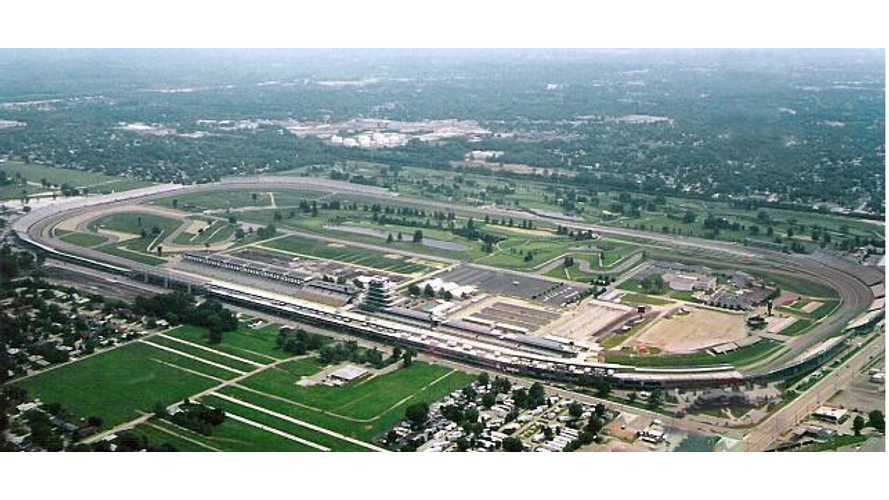 FOX Sports wonders if there is any chance for an Electric Indy 500 race in the future.

The article is related to the recent two rounds of Formula E in the US, which got "mixed reviews":

"Formula E just completed its two-race tour of the United States with events on the streets of Miami and then Long Beach, bringing in mixed reviews.

There are many fans who love the innovation that comes with electric cars opening a new frontier of racing, but a lack of speed, along with lack of a battery charge and the torturous sound of slot-car racing, are issues that keep the sport from being mainstream motorsports.

These are early days for electric car racing and there remains much to improve upon the product."

Well, batteries still prevent electric cars from releasing full power from electric motors for the whole race and the batteries still will be the bottleneck in the near future. Formula E and other events are just beginning.

The article aptly notes that automotive industry is at a crossroads and that it would be good to establish an electric racing series for developments of new solutions useful for passengers cars.

It will be long journey, but maybe by 2030 we will see electrics at Indy?

Michael Andretti, a team owner in both the Verizon IndyCar Series and Formula E, said:

“It absolutely could be. You never know. It’s amazing what they are coming up with with that technology. When you start getting competition they are going to be building cars that can go 300 to 400 miles on a charge. They have a car now that has 1,000 horsepower. It’s a brute – full electric. It’s coming – cars that can really perform.”

“What’s cool is it’s like 1911 all over again. Look at the cars as being the Marmon Wasp (the car Ray Harroun drove to victory in the first Indianapolis 500 in 1911) and what they did in five years. That is what we are hoping to achieve in Formula E – competition is going to accelerate the technology. That is what I’m hoping to see. I’m hoping to see the kid that goes out and buys his first electric car that is what he goes out to buy the rest of his life. We’re not after people like my dad – we’re going after the kids – a new audience.”

“The sound is something the traditionalists don’t like but my argument to that is one of the problems we have and it’s a big problem trying to bring new events downtown is the noise,” Andretti said. “Noise is actually a problem. We don’t have that problem anymore with Formula E. It’s pollution. This is an all-green series and you have to look at it differently than a traditionalist would look at it. You have to have an open mind.

“Most of the old people don’t but we aren’t after the older guy anyway.”

On the other side, IndyCar Series team owner Bobby Rahal said that Formula E isn't racing:

"Over the weekend, Rahal said on social media that when it comes to Formula E he is “all for progress but this isn’t racing.” Rahal takes an old fashioned viewpoint of racing that it includes noise, smell, color and even a degree of danger."

"You can never say never. Is that something we’re working on? No. It’s not in the immediate future."

“When you look at it you should ask the fans. Do you want to sit around for three hours and listen to electric cars go around that track? Do you want to see multiple cars used to finish the 500-mile race with big charging stations? In 2020 that may be a fact of life. You never say never."

“Are we looking at that? I would say it’s a stretch too far for us. It’s not where we are looking. We want to keep going on the track we are on so in 2020 it will be a variation on the formula we have now. I don’t think that is what our entertainment venue is about.”

Formula E just began and step by step the cars will be faster and the teams will be able to develop their own drivetrains and batteries. Electric cars will take over racing in city centers, but first we need to kick gas at Pikes Peak (2nd place overall for an electric in 2014), which is the second oldest racing event in the U.S. after the Indy 500. There is nothing to worry about though, as time is on our side.