How Does BMW i3 Perform In Snowy Winter? 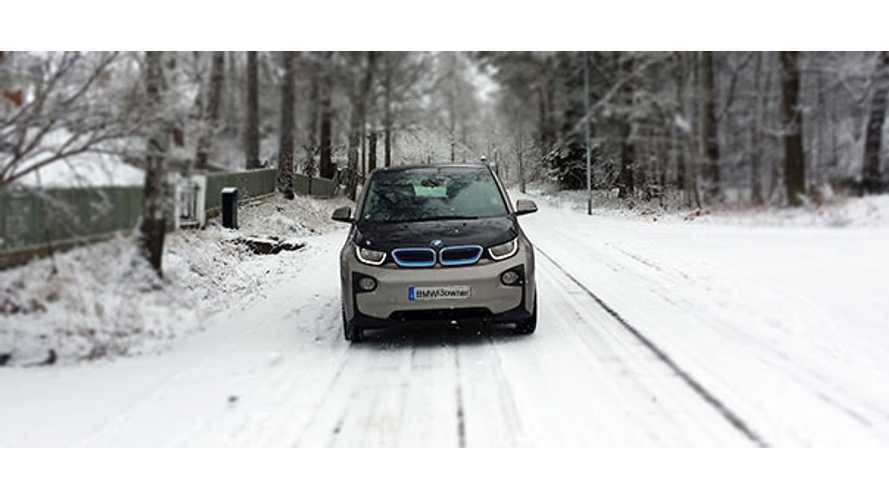 The new BMW i3 made its U.S. debut this past Spring, therefore many i3 owners are wondering how the electric-vehicle will handle in the snowy winters of the Midwest or Northeast. Since European customers received their first i3 models this past winter, we set to look for a report that outlines the winter experience aboard the BMW i3.

Meet this i3 owner from Sweden who spent a few months of heavy winters with his BMW electric car. He begins to outline his experience by starting with some of the i3 features that makes it an acceptable winter car, such as the built-in heat pump, insulated heated batteries and functionality to set heating preset times or start it immediately through an app. He also mentions the good traction control system.

BMW i3 has a heat pump as standard for all cars sold in Sweden but it’s available only the BEV model – fully electric. The REx models do no have a place for the heat pump due to that space being used by the fuel tank and the little combustion engine.

A heat pump reduces energy about 30% and since the display says that the interior heating consumes about 12 km during a charge cycle the heat pump should be able to increase the range 5-10 km.

To protect the battery from the extreme cold temperatures, sometimes seen in the Midwest or Northeast, BMW has insulated batteries on the i3 and heats them to get the optimal energy. The insulation also helps in the summer when it cools down the batteries.

But despite all the insulation, temperatures affect the range of electric cars. Low temperatures require cabin heating which requires more energy spent and therefore a lower driving range. The Nordic i3 owner says with the car in comfort mode, heat on and a normal driving you can expect in winter time 80 – 100 km drive on a single charge (20 – 25 kWh / 100 km).

“But BMW says that one should be able to go 130-160 km on single charge – is that not true?,” says the owner. “Well, my experience is that if you turn off the heat and drive really carefully you can without difficulty drive at 12 kWh / 100km. But then it is neither convenient nor fun.”

Traction in the snow

With an impressive 1000 km of winter driving, the i3 owners came out to be impressed with the i3’s handling and traction.

“A rear wheel drive with tremendous torque should be difficult to drive but it is not. The traction control system works well. It slips a little bit in the back at times but never so that it is unpleasant.”

But he encountered some issues strong crosswinds which are noticeable in the car, we suspect due to the fairly low weight of the i3.

In the next few months, we will learn more from the U.S. i3 owners about the winter driving, as well as from our own BMW i3.