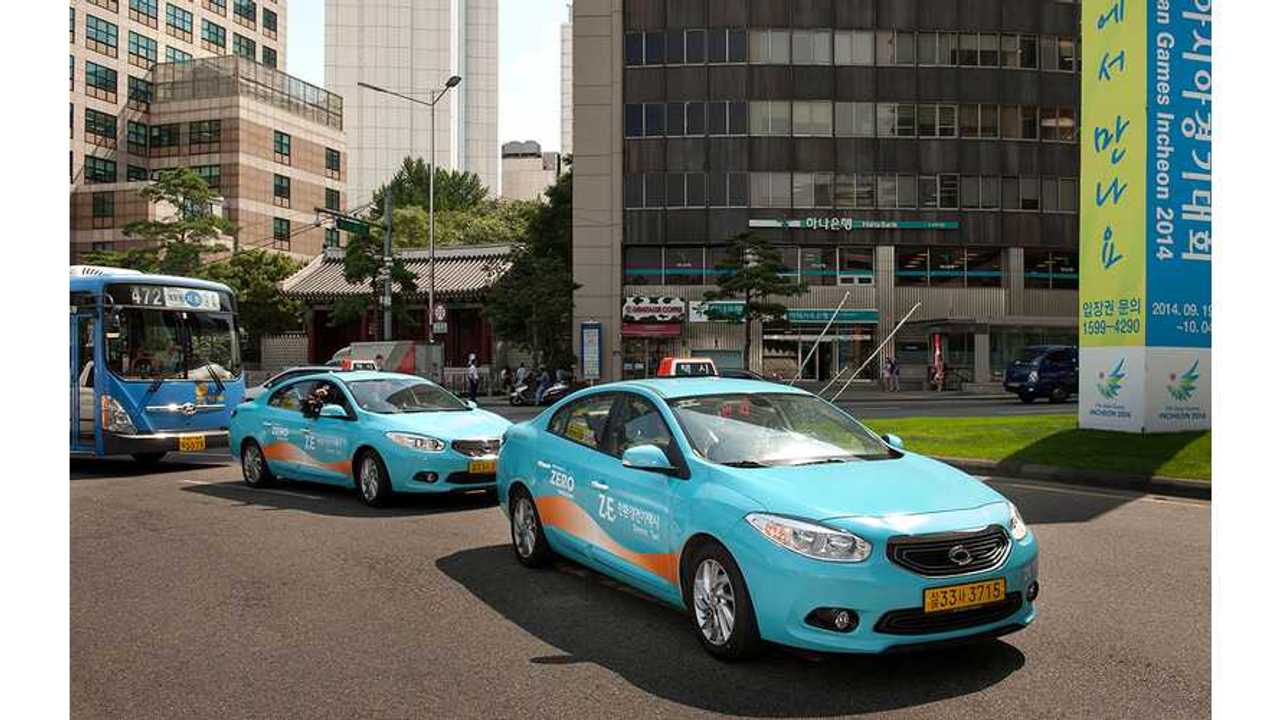 A fleet of 10 SM3 Z.E. electric cars began service as taxis in Seoul, the capital of South Korea.

Renault Samsung Motors (RSM) announced that it is supporting the Government-backed initiative by loaning ten cars for free to the Seoul Taxi Association.

"Free use of the cars is just part of the campaign, which runs until April 2015. Taxi businesses involved in the scheme will be exempt from tolls through a number of tunnels into the city. They will also be given a 50% discount on parking fees in the city center and will be given free access to the City’s 34 quick chargers, a network that the Korea Environment Corporation has undertaken to expand still further."

The SM3 Z.E. is an improved version of Renault Fluence Z.E., which has the Chameleon charger borrowed from Renault ZOE. It can charge from 3 to 43 kW AC, while Fluence Z.E. had just a 3 kW charger.

According to Renault's blog, Renault Samsung Motors had 58% share of the EV market in South Korea last year.