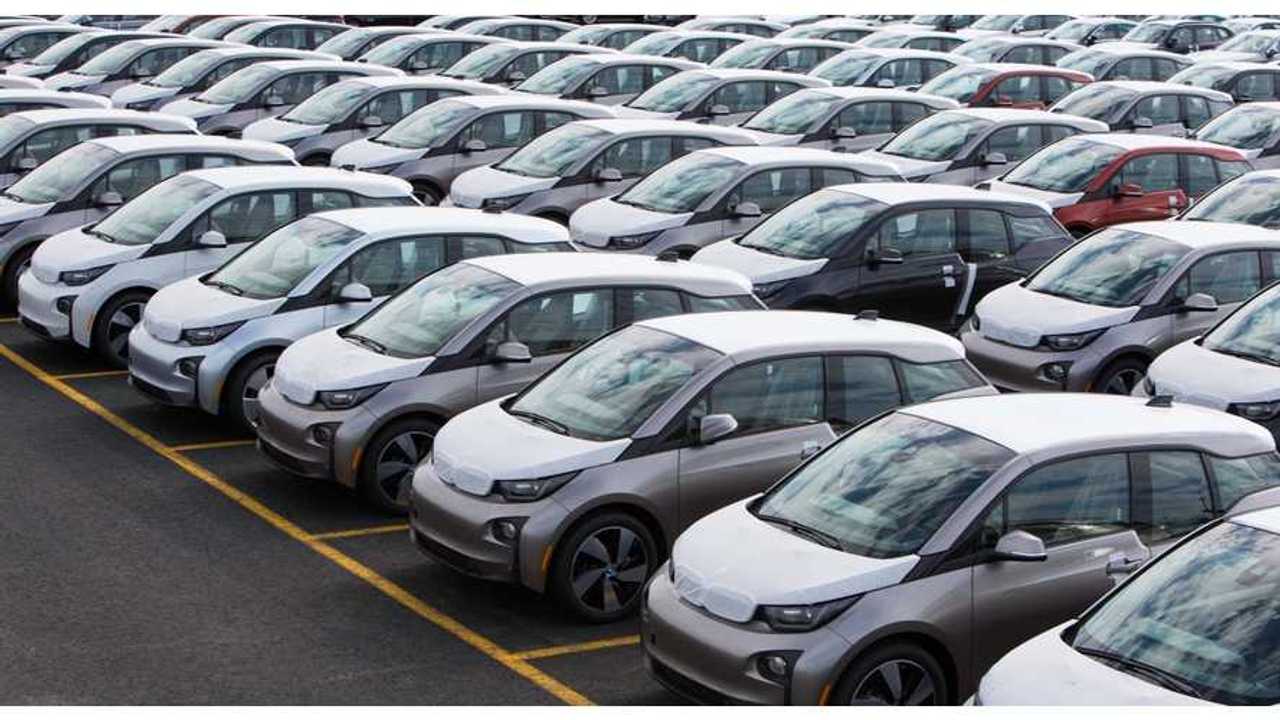 Prior to August, sales of the BMW i3 were below expectations in the U.S.

In May, June and July, BMW had sold no more than 363 units in a single month.  Additionally, there seemed to be little indication that sales would grow.  However, that all changed in August when i3 sales checked in at a shocking 1,025 units.

This set off a string of articles around the web, all of which focused on the BMW i3 outselling the Tesla Model S (whose factory started the month shuttered while the company delivered produced cars internationally).

Well duh, right?  Besides that, a typical Model S costs twice what a typical i3 does and has a global retail network in place, so really the i3 should beat the Model S in sales each and every month.  If it doesn't, then BMW should be concerned.

Back to i3 sales.  Prior to the stellar August, we were wondering what was up with the low i3 sales.  We reached out to Tom Moloughney, a BMW i3 owner with connections to several higher-ups at BMW NA for a response.  Here's his response in its entirety (note his response is now a few weeks old):

"I suspect the public's expectations are likely different than BMW's. I think BMW didn't expect US sales to be more than 4,000 in the first full year. Back in January at NAIAS BMW NA CEO Ludwig Willisch said that he expects US i3 sales will be "a couple thousand" in 2013, so it would seem sales aren't below BMW's expectations"

"That being said, I personally expected the first full year US sales to be in the ~5,000 to ~6,000 area and for that to happen the sales would need to increase significantly. I don't see that happening unless the lease rates become more attractive. The car is expensive to begin with, and I'm not saying it's overpriced, because I don't believe that is the case, it's just an expensive car because of the extensive use of carbon fiber and aluminum, as well as the other tech in the vehicle."

"When you start out with a car that is priced between $42,000 and $56,000, then offer a low residual and on top of it only offer $4,875 of the $7,500 Federal Tax credit as a discount, what you have is are very high lease rates. Most people today want to lease electric cars because of the uncertainty of where the market will be in three years when they would like to move on to another vehicle. I have had dozens of people reach out to me through my i3 blog asking to explain the high lease rates"

"Many have said they were anxiously awaiting the i3 and were completely sold on getting one but once they got the leasing rates from their dealer they are walking away disappointingly. The OwnersChoice with Flex was created specifically for the i3 and was developed to allow the customer to get the full $7,500 federal tax credit. However most client advisers are confused about how it works. I know one person that had to go back to their dealer five times to sign new contracts each time because the dealer couldn't figure out how to properly fund an OCF contract. Plus, since it's a purchase, the customer has to pay sales on the full purchase price, not just on the amount of time the car is used as you do with a lease. This added sales tax nearly eliminates the advantage of getting the full $7,500 federal tax credit."

"Then there is the rocky launch to consider. BMW struggled to get the information people were seeking out there and the dealers were really not ready for the questions they were getting. For example, I'm getting an onslaught of questions about the range extender on a daily basis now. I don't think BMW has been able to properly communicate how it works, what are the limitations, and what you can and cannot do with it so many people are just a bit confused about its real utility."

"I think there are a lot of people that were fully expecting to get an i3 now find themselves waiting a bit to see if the lease rates improve, and to also get more information on how everything works. The i3 is attracting a lot of people that have never owned an electric vehicle and aren't necessarily sophisticated "EV experts" like we see in the forums, and on sites like InsideEVs. These people need a bit more information and reassurance that they are indeed making a good purchase. If they can't get that reassurance from the dealer or directly from BMW, then they will either hold off until they can get the information they seek, or they will simply walk away."

"I bought mine outright and have 5,500 miles on it so far. I'm very happy with it and think it's a great EV. I think it fits in very well between the LEAF and the Model S, and is different enough in utility, driving experience, technology and price from either of them to fill a niche that neither of them do, even though there is certainly some overlap. Both the LEAF and the Model S are great EVs in my opinion and may even appeal to a wider range of customers than the i3 does in fact, but I definitely believe if BMW were to offer a better lease rate, and improve the information available they would certainly see an increase in sales."

Notice how Tom mentioned leasing on several occasions?  That's the change that BMW made and it did, as Tom predicted, result in improved sales.  However, it took awhile before the general public was made aware of the new lease rates, which are as follows (note: some regional and local discounts will reduced rates even further):

So the lease turnaround did occur and sales went way up, but we don't expect them to hold at 1,000 units per month.  i3 inventory in the U.S. is still high, so sales may be in the 1,000-unit region for a few months, but at some point in time we think sales will stabilize in the region of 500-600 units per month.

Notice in Tom Moloughney's statement how we bolded rocky launch?  Officially, BMW believes that characterization is completely wrong.  Look for us to present a future InsideEVs article on the so-termed rocky launch, including BMW's take on the situation, as well as an explanation on how BMW is addressing the situation.