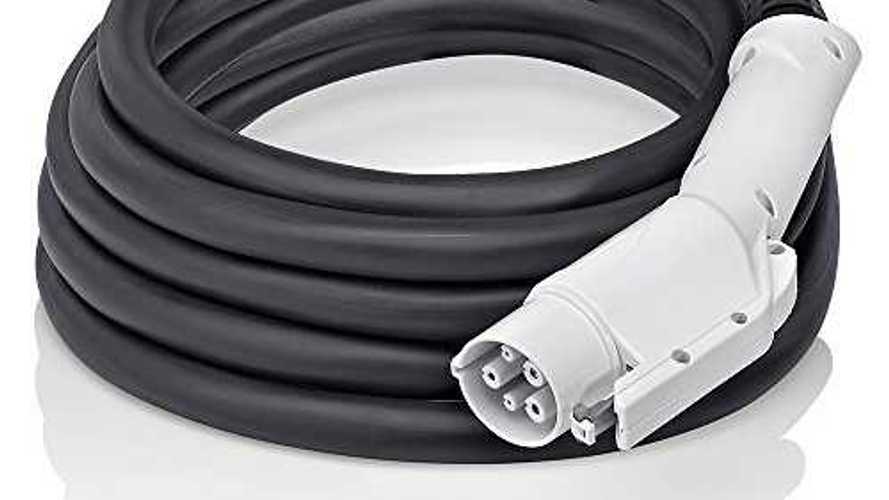 We are not sure what exactly is new in such connector, as Leviton itself already was selling an EVSE rated for 40 A. Some other vendors have even higher amps EVSEs. However it's good that Leviton is broadening its offer for EVSE rated up to 9.7 kW.

This connector assembly is presumably more targeted at aftermarket applications, as it only includes the connector and cable, not the actual EVSE or charging station.  Or perhaps it's for replacing a damaged connector/cable assembly?

However, very few vehicles are equipped with a 40A charger - the Toyota RAV4 EV falls out of the market soon and other models don't have high-power on-board chargers (Tesla has it own EVSE with a different connector).

So, the question is if there will be more models with 9.6 kW on-board chargers any time soon to leverage sales of such a connector assembly? Anyways, when the new generation of EVs appear on the market capable of handling this power, Leviton will be ready.

"In order to abide by Leviton's commitment to help create a sustainable environment, the Charge Connector Assembly utilizes an environmentally responsible and low carbon footprint connector housing. In instances of unauthorized use, a built-in anti-theft mechanism serves as protection. The connector assembly is available with 25 feet of flexible yet durable 8 awg electrical vehicle cable."

"As the adoption of electric vehicles becomes more prevalent, an emerging trend is the utilization of larger on-board chargers, requiring charge connector assemblies with higher rated current capacity.  The Leviton 40 amp Connector Assembly is well-suited for the next generations of vehicles and charging stations."

"We have worked closely with our automaker partners to develop a safe and reliable connector assembly that is designed for more than 10,000 operating cycles – that's more than 27 years of use. The 40 amp charge connector assembly is in use in 3,000 dealers and in 11 different vehicle platforms as part of our 32 and 40 amp charging stations, creating a family of charging stations to meet the next generation of electric vehicles."