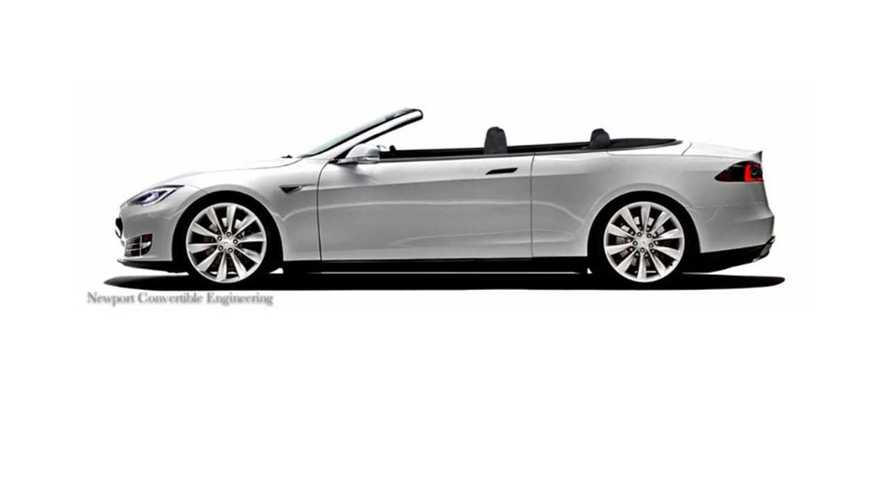 And much like their original Model S sedan convertible, a Chinese investor is bankrolling these new offerings as well by purchasing the first 100 coupes and first 100 two door convertible NCE will build.

All told, NCE says it will build 600 Tesla Model S Coupe and 600 2 door convertibles, in 3 locations worldwide (Huntington Beach, California - Barcelona, Spain -Dubai, UAE).  And they aren't wasting any time either as production starts this fall.

"Newport convertible Engineering has been working on these projects since last year. Based on a four door Tesla Model S, Front doors will be extended for more comfort and ease. Two door convertible driving will be the ultimate green vehicle of our time," said the company in a statement.

All conversions by NCE comes with 5 years warranty and is serviceable worldwide.

Pricing is as follows:

Last month Newport said it was in discussions with Tesla Motors to source 5,000 Model S sedans for conversion, and now the company has updated those negotiations...which apparently didn't go all that well.

"Newport Convertible Engineering (NCE) was told that due to the present strain in production of Tesla Model S, Tesla Motors will not be able to provide 5000 units exclusively to NCE. NCE is encouraging its clients to order Tesla Model S directly from Tesla Motors as soon as possible and have their vehicles shipped to NCE’s headquarters in Huntington Beach, CA; or any of NCE’s branches in Barcelona, Spain and Dubai, UAE."