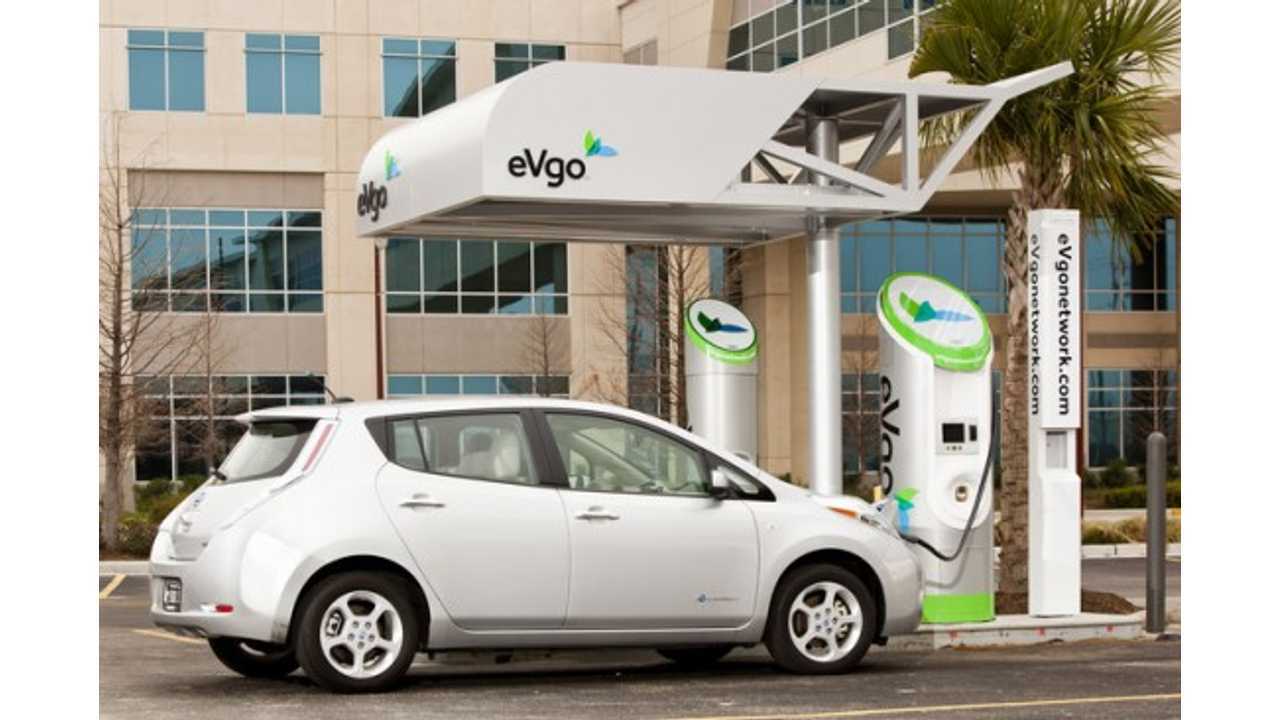 NRG eVgo announced that its EZ-Charge platform, which is the first in U.S. to offer access to multiple EV charging networks with a single all-access card, will be launch as planned this summer.

“For too long, EV drivers have been limited to only the chargers that were in their network meaning they might drive past a number of charging stations in other company’s networks before they could get to one they could use with their current provider. The EZ-Charge platform takes a critical step to modernize EV charging, making it more convenient and more accessible than ever for EV drivers.”

We first heard about EZ-Charge when Nissan announced two years free charging in “No Charge to Charge” program.

But the important thing is that this platform will be open to different charging point networks and not limited in any way only to Nissan. Owners with different EVs will be able to get EZ-Charge card and use it as well. This mean that NRG eVgo must find a way to manage all the data and financial aspects, because different charging points (in four networks AeroVironment, Blink,  and NRG eVgo) can have different fees, and non-LEAF owners don't have two years of free access.

*Editor's Note: ChargePoint is officially out of the EZ-Charge program.

"The EZ-Charge platform will enable drivers of any electric car make or model to carry a single access card for charging on multiple networks, much like consumers today carry a single credit card to access multiple retailers."

"The EZ-Charge card will support all eVgo public charging plans and enable EV drivers to enroll in participating partner network plans either through their charging company or directly with eVgo."

“By making charging more accessible and convenient, we hope to expand electric vehicle ownership and make it easy for EV drivers to confidently enjoy the benefits of driving electric. Packaging the EZ-Charge card with ‘No Charge to Charge’ is an example of how we’re working with industry partners to deliver innovative solutions for the industry and consumers.”

In its press release, NRG eVgo seems to be inviting other manufacturers to participate in EZ-Charge and it is very likely that some of them will offer their own packages similar to Nissan.

"The EZ-Charge platform is available for all automakers to package with their electric car models on a promotional or optional basis. In addition, eVgo offers a full range of marketing, distribution, fulfillment, activation, operations, and customer support services to enable this packaging for any automaker with the ultimate goal of providing EV drivers with the greatest range confidence and best experience."

Let's bet on who will be the second automaker to join EZ-Charge with 1 or 2 years free charging. BMW, GM or maybe someone else?