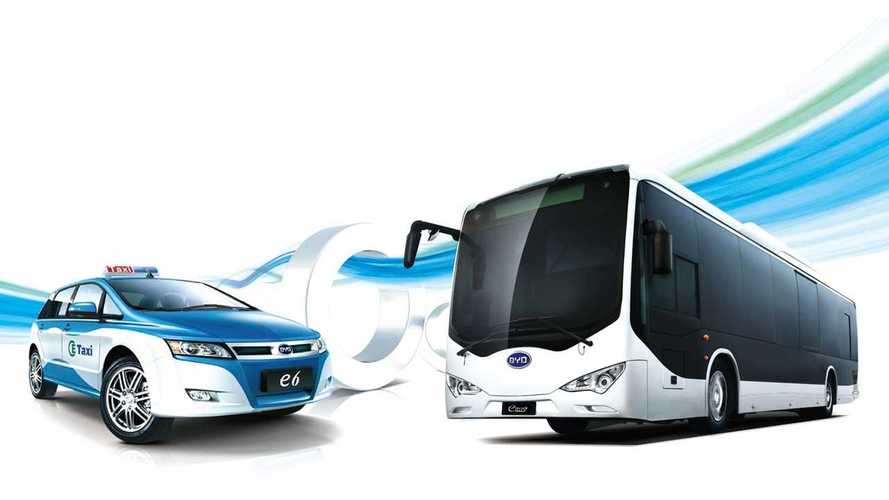 Young BYD ebus on the playground

Another day begins with electrifying and shocking news from China where BYD just announced that it received a massive order for 2,000 battery-electric transit buses (ebus) and 1,000 pure-electric cars (the e6) for taxi use.

This is a new record not only for buses, but also for electric fleet orders.

The order was signed this week by the Mayor of Hangzhou, Hongming Zhang. Half of the fleet - 1,000 buses and 500 taxis - will be delivered by the end of 2014 so BYD must have a huge factory for these buses.  Recall that 1,200 were ordered for Dalian and 600 for Nanjing, two other cities in China.

“Hangzhou is a beautiful place with a rich history and culture, as well as a great environment for investment. BYD is excited to bring our world-leading electric transportation technologies to Hangzhou and witness the vision and dreams of this leadership team come to pass.”

“There is simply no other company that manufactures and delivers fleets of electric cars and electric buses by the thousands! The R&D expertise, manufacturing scale and component spend leverage BYD is gaining from building and delivering these fleets has put us years ahead of any possible competitor.”

“Today the electric vehicle market is growing and EV technologies have matured to the point where every city transit should be adopting them. The turning point of new energy is now, and we want to see BYD grow the same way we saw Jack Ma’s Alibaba grow years ago.”

Alibaba is based in Hangzhou.