Picture (s) Of The Day: Tesla's Test Track In Fremont In Action 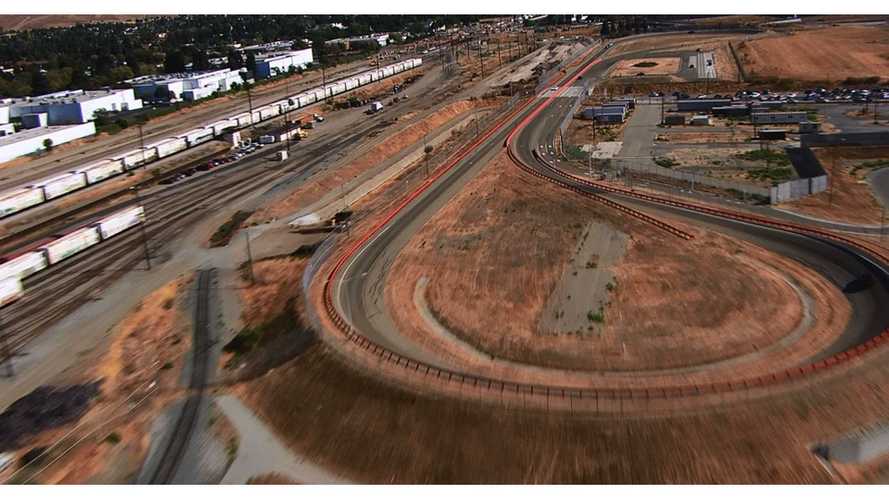 About 8 months ago, Tesla purchased a fairly large property of land beside their Fremont assembly facility.

This 35 acre property, which had been owned by Union Pacific Railroad, and had previously saw New United Motor Manufacturing Inc. (or NUMMI) build a test track for GM and Toyota products that used to come out the plant before 2009.

Even before the transaction Tesla had been using the track, now it looks as if the automaker made a few upgrades in these stills we've acquired.

This test track is part of the reason why it's rare to spot a prototype Tesla on public roads.  This facility allows the automaker to conduct most of it "real world" testing hidden from the public's eye.