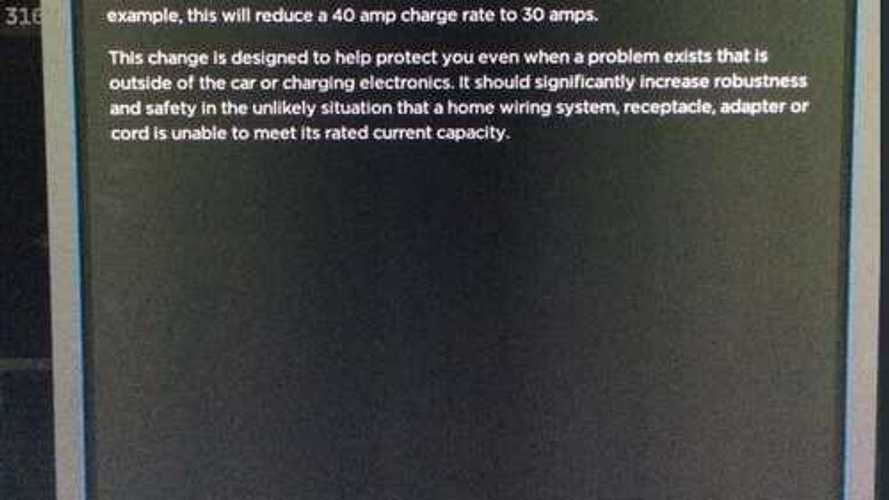 Tesla Motors is quick to react when safety might be an issue.

If the Model S onboard charging system detects unexpected fluctuations in the input power to the vehicle, it will automatically reduce the charging current by 25%. For example, this will reduce a 40 amp charge rate to 30 amps.This change is designed to help protect you even when a problem exists that is outside of the car or charging electronics. It should significantly increase robustness and safety in the unlikely situation that a home wiring system receptacle, adapter or cord is unable to meet its rated current capacity.

The software update was rolled out at approximately 4 pm on Saturday and was first reported on the Tesla Motors Club forum.

Version 5.8.4 was no doubt put out in response to the garage fire from November 15.  Oddly, Reuters waited until December 18th to report on the garage fire.

What this shows us is that Tesla takes safety seriously and that even when a Model S is not the cause of a fire, Tesla responds by attempting to do what it can to ensure that a home's faulty wiring/poor connections won't burn the house/garage to the ground.