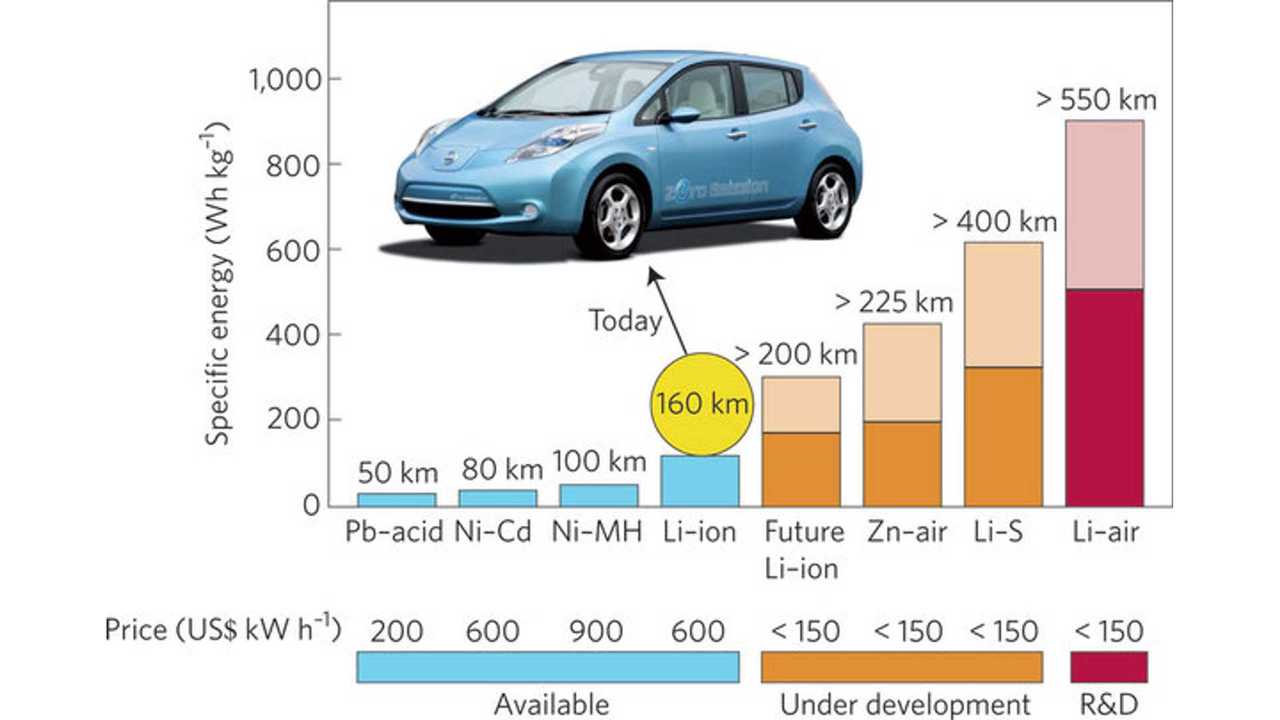 Lithium-sulfur (Li-S) battery technology has long been claimed to be more energy dense than lithium-ion, but life expectancy of Li-S has never been its strong suit.

That may change soon now that scientists at the Fraunhofer Institute for Material and Beam Technology IWS claim to have come upon a breakthrough that increases the charge cycles of lithium-sulfur batteries by a factor of seven.

Dr. Holger Althues, head of the Chemical Surface Technology group at IWS, had this to say of the breakthrough:

"During previous tests, the batteries scarcely crossed the 200-cycle mark. By means of a special combination of anode and cathode material, we have now managed to extend the lifespan of lithium-sulfur button cells to 1,400 cycles."

According to Althues, the anode of the prototype Li-S battery is not made from the usual metallic lithium, but from a silicon-carbon compound instead. This compound, says Althues, is significantly more stable.  Althues describes the issue with previous Li-S designs, saying "In extreme cases, the anode grows to reach the cathode, creating a short circuit and causing the battery to stop working altogether."

The silicon-carbon compound doesn't exhibit this sort of behavior, which means the team's Li-S doesn't destroy itself over time.

The reason why researchers focus on Li-S is because sulfur, unlike the cobalt that's widely used in lithium-ion batteries,is available in near unlimited quantities and therefore is significantly cheaper.

There's still one more hurdle that the researchers are working on before the Li-S battery will be ready for prime time.  Althues says sulfur interacts with the liquid electrolyte, which impairs the battery's performance and can lead to capacity loss.  To counter this, Althues' team is using porous carbons, which apparently slow down the process.

"We have precisely altered the pores to allow the sulfur to lodge there, slowing down the rate at which it combines with the electrolyte."

The researchers at IWS expect lithium-sulfur batteries to have an energy density of up to 600 Wh/kg, but say a more realistic mark is probably 500 Wh/kg.  This, says Althues, would make for a battery with roughly twice the capacity of lithium-ion at the same battery weight.

The next step for the research team is to scale up its prototype to an automotive sized battery pack.

Editor's Note: The graphs shown throughout this post are not linked to research work done by the scientists at the Fraunhofer Institute for Material and Beam Technology IW.  Rather, they've been pulled from various battery-related research works released in the past.