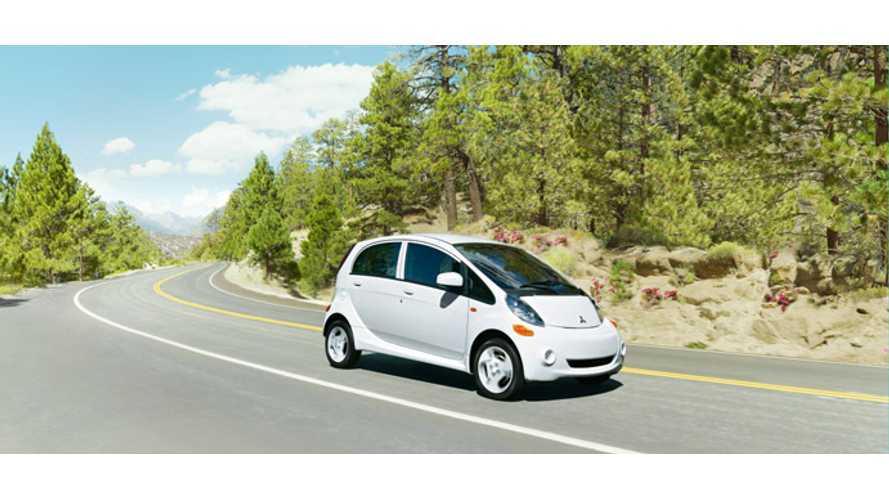 Mitsubishi i-MiEV Offers 62 Miles (EPA) Of Electric Driving. Stops Most Of The Time.

A couple weeks ago, we highlighted a recall from Mitsubishi that had the maker of the i-MiEV (and its sister cars, the PSA/Peugeot iOn and Citroen C-Zero) bringing about 15,000 of its EVs back to the shop to repair a problem with the brakes.

As suspected at the time, that recall has now crossed the pond and entered North America.

As a refresher as to what the recall entails; the vehicles may carry an improperly shaped or damaged electric pump, which sends air to the brake booster.  The brake booster multiplies the forces applied from the foot and makes braking easier.

A problematic pump may cause the vehicle to run a longer distance when braking before it comes to a complete halt.  In an interview with Reuters last week, Tatsuo Yoshida, a senior analyst at Mitsubishi UFJ Morgan Stanley Securities in Tokyo said:

"This is a matter of one part, and it's too much to apply the issue to say there is something wrong with electric vehicles. The cause of the problem is identified and there were no accidents. But the problematic part is the brake, an important part for safety, and that means Mitsubishi Motors' quality check procedure is too weak."

"A customer letter is in the works and will be issued as soon as our  replacement parts allotment is completed.''

The brake problem has not been been reported by any US (or Canadian) owners of the electric car as of yet, and was first brought to Mitsubishi's attention by a customer in Japan.  Mitsubishi says the repair is a simple exchange of the pump and should only take about half an hour.